How to create a diplomacy that serves our interests 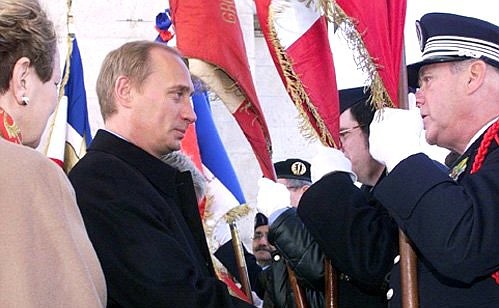 Gérald Darmanin left for Moscow on 26 October. The Minister of the Interior, who does not want a second beheading of a professor, went to ask the Russians to agree to take back home the radicalised Chechen Muslims residing on French territory.

The latter came as political refugees from the end of the 1990s, fleeing the consequences of two wars between Russia and the pro-independence Chechens, who won the first but lost the second.

The task of our young minister will not be easy. Because the state has its own responsibilities in this serious matter of Muslim refugees welcomed in France while hating French values. Why did it give them asylum? How is it that its judges have been more lax than the expert commissions in charge of examining the applications?

Some Islamist refugees, such as the knife murderer Abdulakh Anzorov, were certainly born in Russia but they spent most of their youth in France: isn’t this a failure of the national education system and the state’s “city policy”? In what way is Russia responsible for the Islamic radicalisation that has taken place on French territory? In Moscow, one risks answering Darmanin’s question.

The ideal, for the French, would undoubtedly be for Russia to agree to take back these Russian passport holders and then entrust them to Ramzan Kadyrov. The President of the Republic of Chechnya (which is part of the Russian Federation) has the triple advantage of being at the same time a loyal servant of the Kremlin, a brutal leader who controls his region with an iron fist, and an uncompromising Muslim.

Kadyrov should also be required to promise not to execute or torture the refugees who would thus be returned to him.  The President of Chechnya would probably not repudiate the extreme nature of their conception of Islam.

Intrinsically, the French Interior Minister’s approach to his Russian counterpart is therefore anything but easy. But, alas, a recent measure in our foreign policy will make his task even more difficult.

On 8 October, France (encouraged by Germany) invited its European partners to sanction Russia on a human rights issue, followed by a vote in Brussels on 15 October. Personal sanctions were taken, notably against the head of the internal affairs directorate of the presidential administration, Andrei Yarin, and against the deputy defence minister, Pavel Popov.

The aim was to punish Russia over the Navalny affair. It was Russia’s most publicised opponent who, during a trip to Siberia on 20 August, had been poisoned with novitchok, a powerful nerve agent banned by the international conventions on the prohibition of chemical weapons.

After being saved by Russian doctors at the Omsk hospital, Alexei Navalny was then, after authorisation from the Russian leaders, transported by special plane to Berlin, where the doctors at the Charity Hospital managed to revive him. It’s a very murky affair, almost incomprehensible, but which is obviously not to the glory of the Russian state.

But was it necessary for the French Republic to rush to punish the Russians in a case where strictly no French people were affected, whereas it needs them for much more serious matters, concerning the security of the French themselves?

Before taking diplomatic initiatives as humiliating as personal sanctions, the French state should ask itself whether they serve what should be its top priority, the security and prosperity of French citizens. It is high time for France to make diplomacy serve its interests.

Alas, the French, who are willing to give lessons, will one day have to abandon their dream of converting all the countries of the world to democracy. Don’t they realise that Russia, China, Turkey, Iran, the Arab petromonarchies, four fifths of Africa, etc., are too big for France? Didn’t they see powerful America, after its invasion of Iraq, proclaim urbi et orbi that it was going to democratise the whole of the Middle East and fail miserably in this enterprise?

Of course democracy is the least worst of all political systems; of course Putin is making a strategic mistake by neglecting to build the rule of law in his country; of course it is the role of journalists, intellectuals and NGOs to remind people of this. But the state is deeply mistaken in wanting to give global lessons to the detriment of the security of its citizens.