How to build as much infrastructure as we need 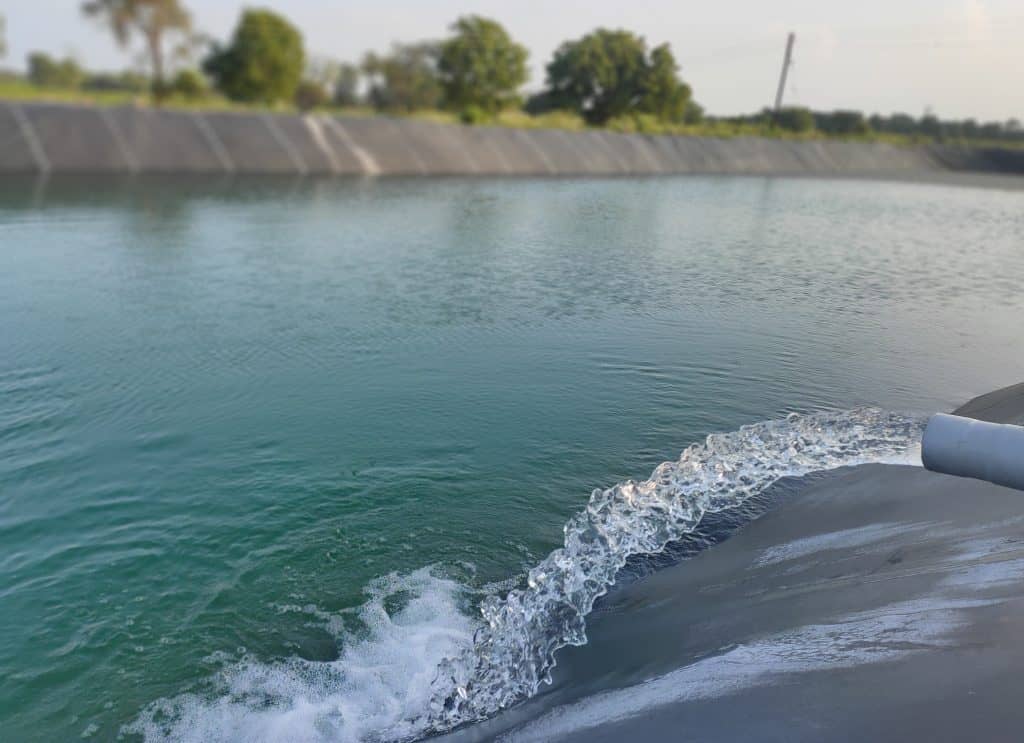 According to the American Society of Civil Engineers (ASCE), over $2 trillion in much-needed infrastructure is still unfunded, including projects to address drought, affordable housing, high-speed rail, and power transmission lines.

By 2039, per the ASCE, continued underinvestment at current rates will cost $10 trillion in cumulative lost GDP, more than 3 million jobs in that year, and $2.24 trillion in exports over the next 20 years.

Particularly urgent today is infrastructure to counteract the record-breaking drought in the US Southwest, where 50 per cent of the nation’s food supply is grown. Subsidies for such things as the purchase of electric vehicles, featured in the IRA, will pad the coffers of the industries lobbying for them but will not get water to our parched farmlands any time soon.

More direct action is needed. But as noted by Todd Tucker in a Roosevelt Institute article: “Today, a gridlocked and austerity-minded Congress balks at appropriating sufficient money to ensure emergency readiness. … [T]he US system of government’s numerous veto points make emergency response harder than under parliamentary or authoritarian systems.”

There are, however, other ways to finance these essential projects. “A work-around,” says Tucker, “is so-called off-balance sheet money creation.”

That was the approach taken in the 1930s, when commercial banks were bankrupt and the country faced its worst-ever economic depression; yet the government succeeded in building infrastructure as never before.

For funding its national infrastructure campaign in the Great Depression, Congress called on the publicly-owned Reconstruction Finance Corporation (RFC).

It was not actually a bank; it got its liquidity by issuing bonds. Notes Tucker: “The RFC was allowed to borrow money from the Treasury and the capital markets, and then invest in relief and mobilization efforts that would eventually generate a return for taxpayers, all while skating past austerity hawks determined to cut or freeze government spending.”

According to James Butkiewicz, professor of economics at the University of Delaware:

“The RFC was an executive agency with the ability to obtain funding through the Treasury outside of the normal legislative process. Thus, the RFC could be used to finance a variety of favored projects and programs without obtaining legislative approval. RFC lending did not count toward budgetary expenditures, so the expansion of the role and influence of the government through the RFC was not reflected in the federal budget.”

The RFC lent to federal government agencies including the Commodity Credit Corporation (which lent to farmers), the Electric Home and Farm Authority, the Federal National Mortgage Association (Fannie Mae), the Public Works Administration, and the Works Progress Administration (WPA).

It also made direct loans to local governments and businesses and funded eight RFC wartime subsidiaries in the 1940s that were essential to the war effort.

The infrastructure projects of one agency alone, the Works Progress Administration, included 1,000 miles of new and rebuilt airport runways, 651,000 miles of highway, 124,000 bridges, 8,000 parks, and 18,000 playgrounds and athletic fields; and some 84,000 miles of drainage pipes, 69,000 highway light standards, and 125,000 public buildings (built, rebuilt, or expanded), including 41,300 schools. For local governments that had hit their borrowing limits on their taxpayer-funded general

obligation bonds, a workaround was devised: they could borrow by issuing “revenue bonds,” which were backed not by taxes but by the revenue that would be generated by the infrastructure funded by the loans.

A bill currently before Congress, HR 3339, proposes to duplicate the feats of the RFC without increasing the federal budget deficit or taxes, by forming a National Infrastructure Bank (NIB).

China is dealing with the global economic downturn by embarking on a stimulus programme involving large national infrastructure projects, including massive water infrastructure. For funding, the government is drawing on three state-owned “policy banks” structured like the RFC.

The Chinese government is one of those systems referred to by Todd Tucker as not being hampered by “a gridlocked and austerity-minded Congress.”

It can just issue a five-year plan and hit the ground running. In May 2022, it began construction on 3,876 large projects with a total investment of nearly 2.4 trillion yuan (about $350 billion).

As noted in a June 30 article in the Washington Post, China could also draw on its “Big Four” banks – Industrial & Commercial Bank of China Ltd., China Construction Bank Corp., Agricultural Bank of China Ltd., and Bank of China Ltd. – but “they are essentially profit-driven commercial banks that can be quite picky when it comes to selecting borrowers and projects. The policy lenders, however, operate on a non-profit basis and are often recruited to pour cheap funds into projects that are less attractive financially but matter to the longer-term development of the economy.”

Like the RFC, the policy banks mainly get their funds by issuing bonds. They can also get “Pledged Supplementary Lending” directly from the Chinese central bank, which presumably creates the money on its books, as all central banks are empowered to do.

According to the Xinhua News Agency, on July 7, construction began on a project linking China’s two mega water infrastructures – the Three Gorges Project and the South-to-North Water Diversion Project – transferring water from the water-abundant south to the arid northern region of the country.

The goal is a national water grid, increasing the quantity of water available for use nationally by about 20 per cent and increasing China’s irrigated area by about 10 per cent.

The South-to-North Water Diversion Project is already well underway. The middle route, the most prominent one due to its role in feeding water to the nation’s capital, begins at the Danjiangkou Reservoir in the Hanjiang River in central China’s Hubei and runs northeastward to Beijing and Tianjin.

The new project will channel water from the Three Gorges Reservoir area to the Hanjiang River, a tributary of the Yangtze River. It is scheduled to be completed in nine years.

The total estimated investment for China’s national water grid is about 2.99 trillion yuan (US. $470 billion). This is comparable to the $400 billion the National Infrastructure Bank Coalition proposes to allocate through HR 3339 to address the serious drought in the US Southwest.

As in China, one alternative being considered by the NIB team is to divert water from areas that have it in excess. One proposal is a pipeline to ship Mississippi River floodwaters to the parched Colorado River via a Wyoming tributary.

Another option is to pump water from the Columbia River in the Pacific Northwest to California via a subterranean pipeline on the floor of the Pacific Ocean – not upstream water used by Washington and Oregon residents, but water from the ocean outflow where the river feeds into the Pacific and its freshwater becomes unusable saltwater.

Those are doable alternatives, but political and regulatory obstacles remain. Ideally, sources of water would be found that are new not just to the Southwest but to the surface of the planet.

This is another proposal being explored by the NIB team – to tap “deep seated water” or “primary water,” the plentiful water supplies below normal groundwater tables.

Studies have found evidence of several oceans’ worth of water locked up in rock as far down as 1,000 kilometers below the Earth’s surface. (See the Smithsonian Magazine, “How the Earth’s Mantle Sends Water Up Toward the Surface,” June 2022.)

This water is not part of the hydrologic cycle (clouds to rain to ground to clouds again), as shown on testing by its lack of environmental contaminants. From the time when atomic testing began in the Pacific, hydrologic water has contained traces of tritium, a radioactive isotope of hydrogen used as a fuel in thermonuclear bombs. Primary water shoots up tritium-free —clean, fresh and usually drinkable without filtration.

There are many verified cases of mountaintop wells that have gushed water for decades in arid lands. This water is now being located and tapped by enterprising hydrogeologists using technological innovations like those used in other extractive industries, but without their destructive impact on the environment. For more on primary water and the promising vistas it opens up, see my earlier articles here and here.

Critically needed water and other infrastructure projects can be funded without tapping the federal budget, with funds generated through a national infrastructure bank.

Unlike the Reconstruction Finance Corporation, the publicly-owned bank proposed in HR 3339 is designed to be a true depository bank, which can leverage its funds as all depository banks are allowed to do: with a 10 per cent capital requirement, it can leverage $1 in capital into $10 in loans.

For capitalization, the NIB will follow the model of Alexander Hamilton’s First US Bank: shares in the bank will be swapped for existing US bonds. The shares will earn a 2 per cent dividend and are non-voting.

Control of the bank and its operations will remain with the public, an independent board of directors, and a panel of carefully selected non-partisan experts, precluding manipulation for political ends.

The NIB is projected to lend $5 trillion over 10 years, or roughly $500 billion per year.

That means each year the NIB will have to add $50 billion in new capitalisation in the form of debt for equity swaps. The incentive for investors is the extra 2 per cent yield the NIB provides on its preferred stock, plus a government guarantee.

The US Postal Service, the fourth largest holder of US Treasuries globally, is one possible investor. Others are pension funds and builder associations with investment portfolios, all of which need a certain number of triple-A-rated investments. NIB bonds will have a better rate of return than Treasuries, while achieving the laudable purpose of filling the critical infrastructure gap.

To clear checks from the newly-created loan deposits, the NIB will bring in cash from incoming customer deposits, loan repayments, NIB-issued bonds, or borrowing from the Federal Reserve.

How much cash it will need and its timing depends on how many infrastructure companies maintain their deposit accounts with the NIB.

The $5 trillion the NIB lends over 10 years will add $5 trillion to the total money supply; but the “productive” loans it will be making are the sort that do not add to price inflation.

In fact, they can reduce it – by raising GDP growth, increasing the supply side of the supply-versus-demand inflation equation.

America achieved its greatest-ever infrastructure campaign in the midst of the Great Depression. We can do that again today, and we can do it with the same machinery: off-budget financing through a government-owned national financial institution.