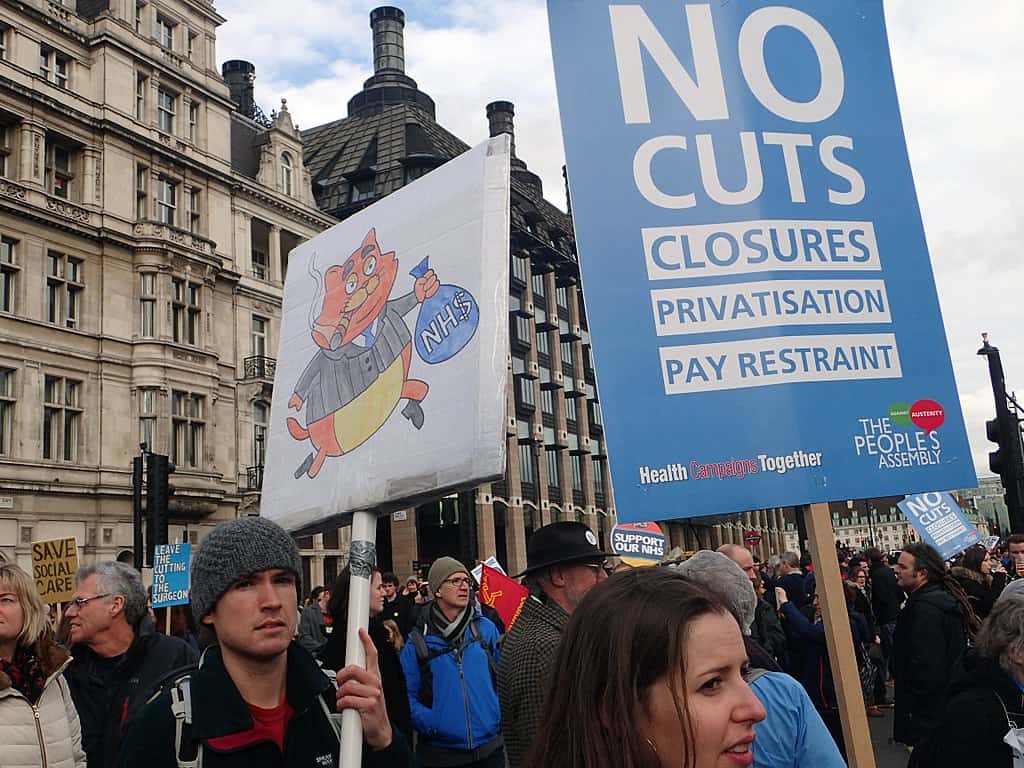 Our poor NHS is rather like many of our fellow citizens suffering from a post-Covid Syndrome. Two years after the pandemic, we have the longest ever waits for cancer treatments, longest waits for most surgical treatments, long ambulance waits and hand overs, long waits to see a GP – in other words every one of the usual measures we use to judge if we are coping are in the red.

But just look a little closer and rather like the economy, the real picture is even gloomier.  We have had a mild autumn yet we have 95 per cent bed occupancy, 13,000 out of our 100,000 acute hospital beds filled with patients fit to go home, a depleted and exhausted health and social care workforce, yet we spend 10 per cent more on the system than we did before the pandemic, but functioning at 5 per cent less capacity.

To reduce waiting lists the NHS needs to work at 10 per cent greater capacity than before the pandemic which is why the original 4 million patients on the waiting list has increased to 7 million and if there is no change it will inevitably increase further.

Everybody respects the dedication and hard work of our current health and social care workers and certainly do not blame them for the problems but whilst it might not be popular, might we not also spare a thought for our politicians?

It is they who have been left with a system we created 80 years ago and which has become the “religion of the British people” unable to be discussed and from a political perspective untouchable.

The very recent announcement of the review to be led by Patricia Hewitt is welcome but it can only be a short-term “sticking plaster”.

The recent top down re-organisation of the health service with Integrated Care Systems is also welcome and at least attempts to bring health and social care closer together.  But will this be anywhere near enough to make a difference?

Ten years of austerity certainly has not helped. but we are the only comparable country that funds and runs its healthcare system the way we do, predominantly from direct taxation and which is free at the point of access.

Many systems are worse than ours for sure, such as the United States, but is this British exceptionalism any longer acceptable when the outcomes and the experience of the service are deteriorating?

We seek to stimulate a far ranging analysis of our system, from its means of funding to its organisation as they are inherently linked. It needs to be cross party, to be compared with our international partners and must include a fundamental analysis of the very structure of the NHS including its central bureaucracy, its regulators and its frontline means of provision.

We can of course continue to do crisis review after crisis review and any transformation of a healthcare system is rather like mending the proverbial train when it is going.

But if we are to do this we need to divorce the discussions from the inevitable short-termism of day-to-day politics and give ourselves space to do a fundamental review of our system, which – despite being the first national health service – has not been copied by any other nation.

Major change to healthcare systems are extremely risky, but sometimes they are needed – after all, that is what Aneurin Bevan and the country did before. The NHS was the beacon of hope 80 years ago, we need to make it the beacon of hope for the next 80 years.

But to do that we need to know what it is we want and how we mean to deliver it.

Stephen will be discussing this and other views ay the Radix Big Tent London summit tomorrow. He is also the author of the controversial NHS series of books, The Best NHS?, published by Radix.

Professor Stephen K Smith is a clinician scientist having held senior positions in Academic Medicine and the NHS at the University of Cambridge, Imperial College, London and most recently the University of Melbourne.

Could a doctor’s strike even make us healthier?

Why the NHS isn’t doomed after all, part II

The valuable resources the NHS forgets