How embracing a bit of medical scepticism can save the planet 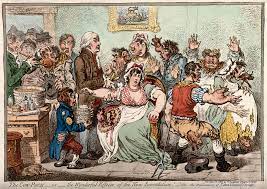 I am treading on eggshells here and I am far from sure I will reach safely to the other side. We shall see.

As many of you will know, I have been diagnosed with parkinsonism – a variant (though nobody is quite sure which) of Parkinson’s Disease. That has made me peculiarly interested in complementary health of all kinds – even if I hadn’t had chronic eczema for years too.

The difficulty is just how little there is of it over here. Rather as alternative education has been squeezed out by the ‘consensus’ in the UK, so has complementary health. It is as if we in the UK have started believing our systems so much that we can imagine no alternative.

I have found acupuncture and homeopathy really helpful – especially, perhaps, the latter. Nutrition is not really complementary in the same way, but I kind of think I would have been better if I had changed my diet earlier.

I mention this because homeopathy has been the focus of huge negativity from both sides of the political spectrum.

There is something naive about the mainstream opinion that there is no ‘evidence’ for any of these – as if any pharmaceutical company was dashing to carry out the research, or any medical researcher was keen to destroy their career by asking them to fund it.

I am not being ‘anti-science’ here – as I am occasionally being accused of. Quite the reverse: I am a follower of Karl Popper. I really believe political rhetoric as shifted us too far from scientific method.

Nor am I an anti-vaxxer – I’ve had three jabs and covid too – but equally it has been clear to me for some time that there was an emerging issue about our immune systems. I have no idea whether this has anything to do with overloading our immune systems with childhood immunisations – or maybe it’s our appalling food, air quality or the strange electro-magnetic pulses we need to keep the economy ticking over, or something else.I’m not a medic or a scientist, so I don’t know – I am asserting this as a patient. But I think we will need to look beyond our current systems and knowledge at some point.

Yet although I’m finding it hard to hear anyone discussing these issues in the UK, there is a huge underground cascade of videos from the USA on these subjects – mainly related to the peculiar experience of the pandemic we have all just lived through.

The trouble is that, largely because of the two political camps in the USA, this debate can’t really take place openly – because of the assumption from both sides that anyone at all sceptical of prevailing medical opinion in the USA must be a Trump supporter.

That makes many of my own more sceptical opinions (which I am too nervous to spell out here) shunnable by mainstream opinion.  It isn’t hard to understand why so many American sceptics are veering off towards Trump-style populism.

Why is everyone so sick these days, I asked in a recent blog? Why are our immune systems so often malfunctioning? These are important issues which can’t be dodged forever. They will emerge again, and you can see some of those US doctors – who have been cancelled in various ways – beginning to articulate a series of new approaches, while the mainstream is still trying to push opposing views under the carpet. And especially on the left: hence the danger here.

In fact, I believe that those who have suffered chronic health problems – who have in some ways found themselves maintained in that by the health and pharma systems – may over the next few years forge themselves into an important and influential movement. They will be looking afresh at issues like 5G and other mass experiments, or low-level radiation.

They may well be sceptical abut ‘experts’, as Michael Gove was – drawing a distinction, as I do, between genuine expertise and those who are just steeped in the current system or ways of working, as i set out in my book Tickbox.

It may be 20 years before this alliance feels themselves as strong politically as they need to be – but if they find themselves aligned with Trump and other climate sceptics then these will also be carried along to power alongside them.

That is why it is so vital to organise some kind of post-pandemic rapprochement between complementary health and the radical centre. Don’t forget that was how the Five Star movement took its first steps to power in Italy by linking with everyone they could find online with an interest in complementary health.

The alternative is that we will be forced to face down another version of Trump when it really matters for people and planet. There is no necessary link between climate scepticism and medical scepticisms. And we need the latter to defeat the former – before it is too late!