Goodbye to a ‘force of nature’! 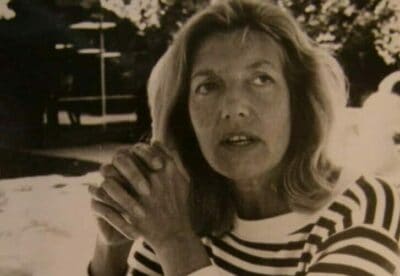 “The Solar Age signifies much more than a shift to solar and renewable resource-based societies operated with more sophisticated ecological sciences… technologies. It entails a paradigm shift from fragmented “objective” reductionist knowledge and the mechanistic, industrial worldview to a comprehensive awareness of the interdependence of all life on earth.” Hazel Henderson, The Solar Age, 1981

An intellectual giant, a force of nature, an influencer on ethical investing, a forewarner of the dangers of climate disruption, a fierce advocate for women at home and in the workplace, a champion of renewable energy, an ally to local currency initiatives, a prolific writer on all things economic, a self-proclaimed ‘futurist’, a friend who didn’t hesitate to scold if she thought it necessary, certainly one of a kind — Hazel Henderson, we are going to miss you!

Ethical Markets Media, which Henderson founded, shared notice of her passing on May 21, at the age of 89. The Washington Post was quick to follow with its own obituary.

Hazel Henderson was one of the handful of individuals, along with Schumacher Center co-founder Robert Swann, who organised E. F. Schumacher’s visit to the United States in 1974, promoting the book Small Is Beautiful.

She recognised he brought a new perspective to the subject of economics – one that spoke to the issue of scale in a rapidly globalising world. In 1989, Hazel was invited to give the annual E. F. Schumacher Lecture in Great Barrington, Massachusetts. Introducing her on that occasion, Nancy Jack Todd remarked that Hazel “balances an extraordinary intelligence with an equal measure of down-to-earth common sense, which she brings to bear with great effectiveness on the present critical state of human affairs.”

Though not formally trained in economics or social sciences, Hazel nevertheless demonstrated keen analytical abilities in her work, as well as a healthy scepticism toward the reductive rationality of the mainstream economic thought in latter 20th century.

Most recently, in 2020, Hazel joined Juliet Schor in a conversation moderated by programme director David Bollier. The video can be viewed here. Juliet’s affection and admiration are clear as she concludes, Hazel “is a force of nature.”

The personal library of Hazel Henderson, containing over 5,000 volumes, is located at her home in St. Augustine, Florida, which will remain the base of operations for Ethical Markets Media. The books and papers are catalogued with the Schumacher Center’s Library.

The Henderson collection covers a wide range of subjects including alternative energy, environment, sustainability, new economics, future studies, health, and consciousness. You can review the catalogue to better understand the writings that shaped the thinking of this extraordinary woman.

Since the passing of E. F. Schumacher in 1977, Hazel had thought of herself, rightfully so, as one of his intellectual heirs. We will miss her terribly and thank her for her countless contributions to the cause of an economics where people and planet actually matter.

“Above all, Schumacher believed in the common sense of ordinary people and their ability to expand their awareness of comprehensive, eternal truths. This was the essence of his work, and that most meaningful to me as a citizen activist. He gave me and millions like me the courage of our convictions, even when facing the mystifications of legions of brilliant quantitative specialists and narrow economic rationalisers.” Hazel Henderson, E. F. Schumacher: An Appreciation

You can read Hazel’s contribution to this blog here…

Susan Witt is the executive director of the Schumacher Center for a New Economics in Great Barrington, Massachusetts, which she co-founded with Robert Swann in 1980. She has led the development of the Schumacher Center’s highly regarded publications, library, seminars, and other educational programmes, which established the Center as a pioneering voice for an economics shaped by social and ecological principles.