Global emissions must drop by half by 2030 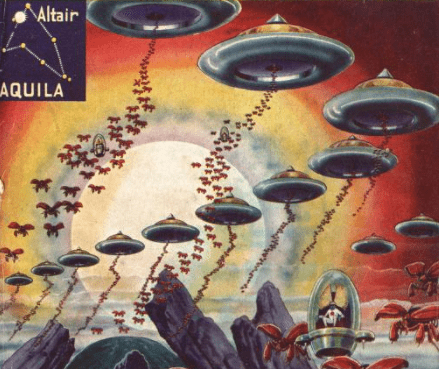 “Global carbon emissions must drop by 50 per cent by 2030 to keep on track with internationally agreed targets for limiting global heating.” The Guardian

Read that title again.  Let it sink in.

It’s soon to be 2023. So we’re talking about seven years to reduce fossil fuel use by half.

Some part of me says “that will never happen”. It’s by far the bigger part of me.

What if we fail to do this? The result would be beyond horrific.  Already, the world is experiencing extreme consequences of our failure to address the climate crisis in time to prevent massive, major anthropogenic climate disruption.

I know enough about our world’s technological energy systems and dependencies to know without a doubt that there is only one way we could possibly reduce emissions by this amount in this time frame, and that’s by essentially replacing the most fundamental and basic features of our material and economic culture almost instantaneously, beginning immediately. In historical context, seven years is but an instant.

We’d have to rapidly phase out automobiles, for starters. (Electric cars are no solution!)  We’d have to do the same with mass global tourism, and flying more generally. We’d have to immediately relocalise the vast majority of our food sourcing — within a regenerative approach to food production.

We’d have to dramatically reduce our consumption of most everything, because everything takes energy to manufacture and transport. And there is mining and extraction of materials for manufacturing, which too requires energy inputs.

And 84% of the energy we use in the world each day, week and year is currently fossil fuel energy.

There is absolutely no way that in seven years we could build out ‘renewable energy infrastructure’ to replace the energy now being consumed.

The only way to dramatically reduce fossil fuel emissions is to embrace energy descent. “Energy descent is a process whereby a society either voluntarily or involuntarily reduces its total energy consumption,” says Wikipedia’s article on Energy Descent. (I wrote most of that article in a heavy edit a couple of years ago, so that definition is mine.)

Let’s say, however, that we try to maintain a material and economic culture much like the one we now have by replacing current fossil energy with ‘renewable’ energy sources. That is, if we try to simply replace current energy use levels with ‘renewable’ energy while maintaining a material and economic way of life very similar to the one we now have. What would happen?

Well, there would be an immediate and long-lasting (about seven years long, at least!) dramatic increase in fossil energy use to mine for materials, manufacture, transport and install all of that infrastructure — and all of those electric cars, and so on.

That is, we’d be running our material culture and economy much like it is while adding onto it a massive increase in the production of these new infrastructures and devices. The only way to do this is to use more energy — and most energy is fossil energy, by far.

I put the phrase “renewable energy” in scare quotes because these systems require a vast input of fossil fuels to manufacture and use, and that so rarely gets mentioned by the mainstream propaganda.

I believe you now understand why this sort of “energy transition” can’t possibly work. It’s contradictory. And yet mainstream media and politicians are selling us this story, which they call “the energy transition”.

My point in revealing the falsity of the mainstream narrative on “energy transition” is not to say that we’re utterly forked – a sanitised slant rhyme for another familiar word – no matter what we do. My point is that if we’re going to really have an energy transition it will have to be primarily a transition to a much less energy intensive economy and material culture.

Because mining for minerals, manufacturing, transport and installation of…, well, anything, requires energy inputs, a smaller use of energy will also necessitate a smaller use of materials.

And this means any culture and economy which is consistent with anything other than utterly horrific climate – and biodiversity – dystopia is not only inconsistent with economic growth, but also necessitates rather dramatic and rapid economic downsizing.

What they are telling us is that we can have our cake and eat it too.  In fact, we’re being told we can grow our cake by 2-3 per cent per year, and that this cake growing is the reason for human existence.  It’s what makes life good. It’s what matters most.

If you have read this far – and obviously you have – you’re perhaps wondering why there is a picture of flying saucers from outer space atop this essay.

I have been obsessively thinking about culture in this way for most of my adult life. I’m now aged 56.  And one thing is clear.  Cultures have a heck of a lot of systemic inertia.

Whatever that something may be, it would have to be as potent a collective psychological force as the arrival of aliens from outer space – on a peaceful mission to bring us earthlings into the Galactic Federation of Living Planets.

These Galactic beings might inform us that while they’d like us to be members of the Federation, we currently do not qualify because we’re knowingly destroying our own biosphere so that we can live a luxury-based economic way of life which takes no one and nothing into account other than our momentary convenience and personal desires.

But that’s not going to happen, is it?

I guess we’ll have to create our own initiatory event.  But what would that look like? And how can we manage to initiate ourselves?  And when will we begin?

fter writing the above I made this note in the comments:

After writing what I did in this little essay, I realised that Wikipedia’s article on philosophy of culture was extraordinarily bad — to the point of uselessness in the context in which I speak of philosophy of culture. Not only that! But also this: I could not swiftly find a better short intro to the topic.

From my perspective, a genuine philosophy of culture would, of course, draw upon anthropology, history and sociology … but also ecology … and even economics, ethics and aesthetics. It’s concern would not be so much with whether one is a Kantian, a Hegelian, or any of that sort of claptrap, but with the concerns of political theory, ecosystems, biodiversity — human ecology.

When I say I am a philosopher of culture, I mean it in a strictly eco-cultural sense, as an ecologist who studies culture in relation to ecosystems and biology. Those who tend to get tossed in as philosophers of culture tend not to have any real acquaintance with the idea that humans are cultural animals.

This post first appeared on the Substack newsletter The R Word.