Forty years on – towards whatever is coming next 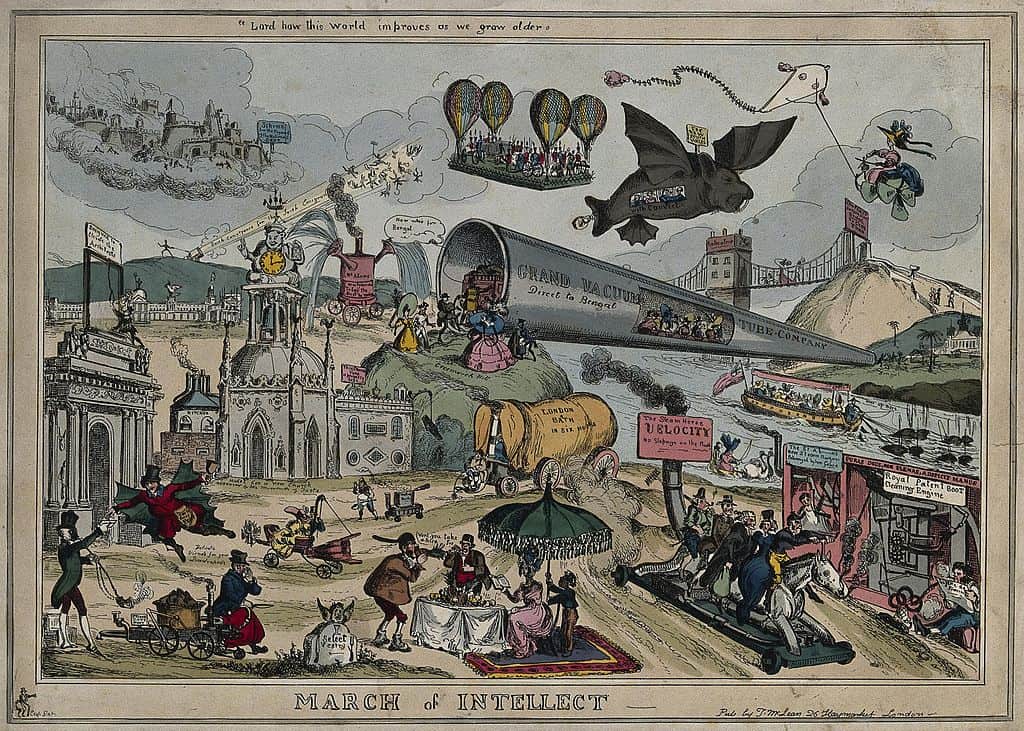 I get the email bulletins from the McKinsey consultancy – though I regard them as being behind much of what has gone wrong in the world over the past generation.

Even so, they recently published a report on the future – using language that I have often used myself. So I have to recognise it.

And what is happening now? “The die is not yet cast,” say the authors.

What the new era will be like will depend on a number of global questions being resolved, they argue.

About demographic changes, and how we will cope with them. Or technology platforms. Or the emerging ‘multipolar world order’, or resources and energy systems and whether we will find the next engine for global growth,

Clearly there is something going on.

Yet I think we can say a little more than that –   and in thinking this, I draw on my little book of essays about this called The Age to Come.

I feel increasingly that – at least in the UK – we have been stuck for about two centuries (but could be more) in a cycle of about 40 years between political and economc ages.

That would mean that last time was the beginning pf what people used to call Thatcherism from 1979-80.

Before that, we had the trauma of losing most of the UK army’s equipment on  the beaches of Dunkirk – and other traumas like abandoning the 51st Highland Division at St-Valery – which led o a new approach by Winston Churchill in 1940, and a sense that the old guard had got us into a terrible mess.

But 1940 was early. Assuming a 40 year gap, it should not strictly have shifted until 1949 – four decades after the People’s Budget that brought in old age pensions, and the triumph of Fabian Liberalism.

Before that, I would have to go back to 1868/9, sn the impact of Gladstone’s first administration.Before that it would have been the Great Reform Act of 1831/2.

The great economic disasters between these dates were just  symptoms of what was no longer working,  whether it was the Wall Street Crash in 1929 or the banking collapse in 2007-8.

Since I am now almost elderly, I can remember what it was like in the 1970s, as we approached the new era then – and it felt very like it does today.

Now I can’t help noticing that, not only  do the crises today feel remarkably like

those days, but that  we are already at least two years beyond the 40-year deadline.

So what is going on? It may be that, because the cycle was foreshortened in the 1940s.

Perhaps it is compensating for that earlier era in 1940.

And if that is too mystical an explanation, the maybe that – perhaps – it is because my 40-year pattern is based on an experience in the UK. Perhaps it is no longer an Anglo-Saxon pattern that drives the intellectual running for the rets of the world.

Maybe we just have to wait and see.

Certainly, it is obvious what is wrong – a dampening of our understanding and tools thanks to Tickbox, which affects everything – especially perhaps in economics in the form of financialisation. I know what I   thought would emerge, but – what with the election of Trump and whatever headbangers (on both sides) are about to be elected to Congress later this month – not to mention Brexit – I am now a good deal less certain.

But again, these are symptoms of the problem. We did not end up after the 70s with Arthur Scargill in No.. 10 or the National Front elected to Parliament, after all.

The real question for us is what will happen to us all in four decades’ time – in or around 2065 – when it is clear that whatever compromises we work out now no longer work – what will we be shifting to then?

It depends so much on what happens in the next couple of years – not just intellectually, but whether we manage to make the transition to a low-carbon economy.

Because if we fail, as now seems more than possible, then we may have seen serious difficulties as populist leaders try to turn back the multinational, multicultural drivers that have dominated for the past two eras.

Personally, my sense is that there is a paradox here. Whoever will inherit the next era in history will be – like Margaret Thatcher was in 1979 – an innocent who is carried along by events and ideas that swirl around. And paradoxically, we will trust them because they are absolutely clear that there is nothing that can be done  to go back to the old world of economic growth and debt.

Unfortunately, for our colleagues in the grip of the McKinsey Fallacy – ‘everything can be measured and what can be measured can be managed’ – it is hard for them to look up from their spreadsheets and charts enough to get a sense of what is really happening.

In fact, it maybe that the return of history even to the great technocrats of McKinsey – and even when they can’t see any further back than 1944 – is a sign of the new era emerging…