Don’t leave the Afghans too early! 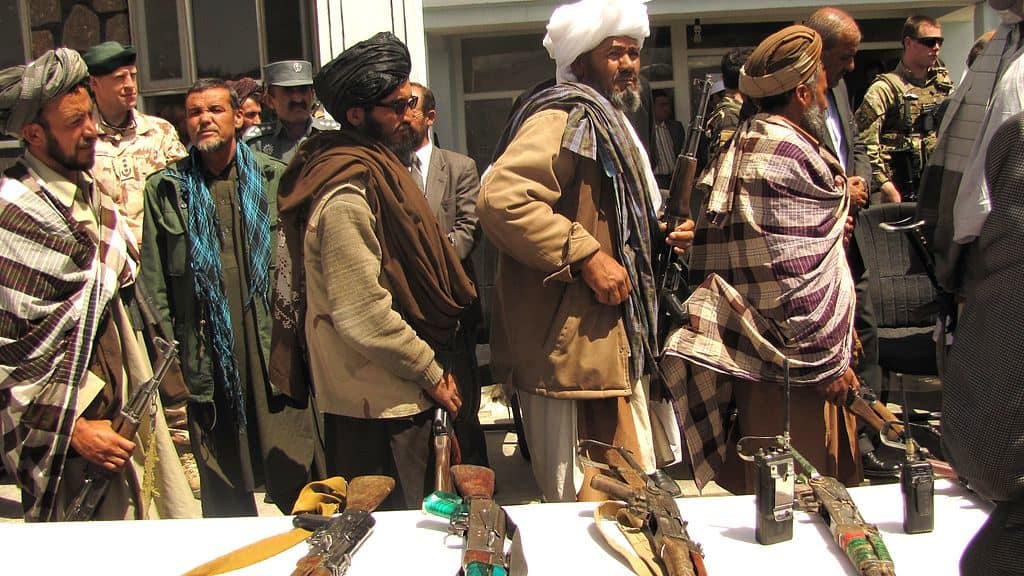 At the last minute, through a tweet, Donald Trump cancelled, last Saturday, a meeting he was supposed to hold secretly the next day in Camp David with a delegation of Afghan Taliban. Also expected in this Maryland resort was the President of Afghanistan Ashraf Ghani, for a separate meeting with his American counterpart.

Trump’s deal with the Islamist rebels was to be as follows: in exchange for the withdrawal of a third of the American soldiers from Afghanistan (now 14,000), the Taliban would have accepted a ceasefire, as well as the opening direct dialogue with the legitimate government of Ashraf Ghani.

Everything had been prepared through direct contacts between American and Taliban delegations in Doha, Qatar. But on September 5, an American soldier, along with 12 other people, died in a car bomb explosion in Kabul.

It was one too many attacks. Trump was infuriated, thinking that the Taliban wanted to intimidate him just before they met, at the cost of an American life. The unexpected retreat of the American President is a good thing.

Do the Taliban really deserve to have the United States hand over Afghanistan to them, on a silver platter, now they have rebuilt the main roads and created excellent telephone networks? Can we really trust these fanatical Pashtuns to renounce imposing their retrograde laws on the Afghan population by force? Has the latter not shown, by courageously going to the polls several times, that it prefers democracy to any “Islamic emirate”?

If we start counting, beyond the ‘westernized’ intellectuals, the Afghans who have no interest in seeing the Taliban back in power, we quickly find many people. First, there are all the young girls. Then there is the religious minority (Shia) Hazara, whom the Taliban persecuted as apostates. Finally, there are the Uzbeks and Tajiks, the same people who formed the Northern Alliance of the famous Commander Massoud, murdered two days before the attacks of 11 September 2001.

Apart from the Taliban, the only ones who have an interest in a return of the Islamic emirate of Afghanistan (which we saw at work from 1996 to 2001) are the Pakistani military, who remain obsessed, in their confrontation with India, by their desire for “strategic depth”.

Trump is impatient seeing the American military presence in Afghanistan continue year after year: 18 years of war against the Taliban is more than 14 years of war against the communists in South Vietnam (1961-1975). The fall of Saigon on April 30 1975, with its picture of the dramatic helicopter extraction  of American diplomats from the roof of their embassy, marked the first defeat of the United States in the twentieth century.

Is this the right time for America to be weak in Central Asia, especially in the eyes of neighbouring China? What Trump does not understand is that he is, as president, accountable for the entire history of America, not just for his term of office.

After the Northern Alliance (funded by the CIA, supported by the US Air Force, supported by Russia) took Kabul on 13 October 2001 and the terrorist bases of Arab internationalist fighters were destroyed, the United States had the opportunity to leave the region quickly. They simply had to continue to finance the Northern Alliance’s anti-Arab and anti-Taliban fight and demand that Pakistan clean up its Pashtun tribal areas, where most of the Taliban had taken refuge.

Instead, Washington’s neo-conservative elites were taken over by neo-colonial hubris. At the Bonn conference (5 December 2001), the United States promised that it would rebuild, democratise and economically develop Afghanistan.

It was a beautiful idea – like Jules Ferry’s “civilising mission of colonisation”. At first, it worked well. But very quickly, the Taliban returned to the field from their Pakistani sanctuaries to sabotage NATO’s efforts. When the Americans, occupied in Iraq from March 2003, noticed this and tried to react, it was too late.

Allowing Islamabad to play a double game was, for Washington, a strategic mistake. In a world that is constantly in the media, nation building is a Herculean task for democracies. But when you decide to start it, you have to finish it decently. If only out of respect for the countless indigenous people who have been dragged into this adventure.