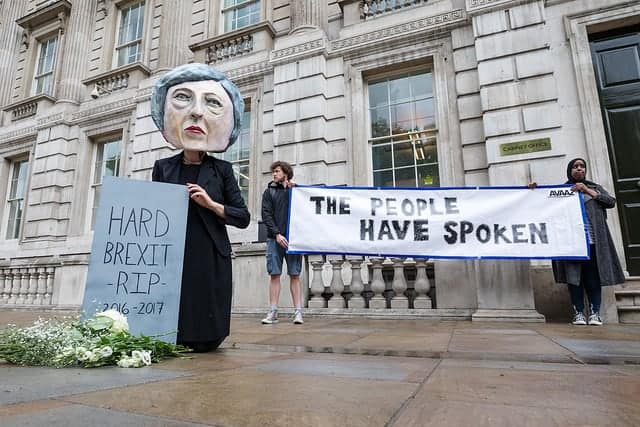 Many European leaders have welcomed the vote of the Strasbourg Parliament on September 11 which, following the proposal of a Dutch environmentalist, opened a procedure to deprive Hungary of its voting rights in the European Council.

They were wrong. Because, unwittingly, they are weakening EU cohesion – the last thing we need after Brexit.

The European vote is excessive in substance, ineffective on form, and counterproductive in the long run.

One can even, if one wants, label him “populist”, even running the risk of opposing this definition: is populist the one who does not have the same ideas as I do but who is more popular than me and who gets more votes than me?

Above all, in Hungary’s parliamentary system, it is possible to vote against Orban in the legislative elections, which take place without any fraud every four years.

Should we repeat it? Orban is not Hitler. In Hungary, you can say what you think publicly, sell the books you want, read the newspapers you like, and campaign in the street against Orban. Nothing will happen to you. If you are Jewish and live in a suburb of Budapest, you can practice your religion with peace of mind.

In Seine-Saint-Denis, however, this is no longer the case. If there is a scandal of civil liberties and the rule of law in Europe, it is to be found in France. It is quite scandalous that in some French suburbs a Jew does not feel safe, he must hug the walls because he wears a kippa on his head. Before preaching to the rest of Europe, France would be well advised to get its own house in order.

In 2015, without consulting any European partners, the German Chancellor decided to open her country’s borders to migrants from the Middle East and Central Asia, creating an unprecedented pull for all the world’s poor.

We have every right to praise Ms Merkel’s big heartedness, and to think that visa-free immigration is a chance for Europe. But should we simply refuse to hear the arguments of Orban, who, with his partners in the Visegrad Group, only wants to take in Christian refugees, believing that the integration of Muslim populations is not working in Western European societies?

It would be legitimate for Germany and France to want to stop financing structural programs in Eastern Europe in order to use this money to the fight against the human trafficking in North Africa and to productive investment policies to promote development in Black Africa. Illegal immigration has become the EU’s prime emergency.

But it is illegitimate to want Hungary to be sanctioned at this point (by depriving it of voting rights), while, since 2015 all it has done is to strictly apply the Schengen agreements.

Why should European borders be the only ones in the world that can be crossed, with impunity, illegally? Do European countries not maintain a network of embassies and consulates around the world, open to any legitimate request for a visa?

On form, the procedure of the European Parliament has no chance of success because it would require unanimity of votes in the Council. Poland has already indicated that it will vote no. In the short term, it is therefore a lot of noise for no benefit.

But in the medium and long term, this Parliament gesture is counterproductive. If its aim was to increase the divisions within the nations of the European Union, Parliament would not have done better.

It is not by demonizing Italy and the Visegrad Group (Hungary, Czech Republic, Slovakia, Poland) that the European Union will move forward. Wanting to defend the identity of the old Christian nations of Europe is still not a crime. As it is not a crime to be friendly to foreign families in distress. There is simply a balance to be found between the defence of one’s culture and a policy of welcoming foreigners who do not put Europe in danger.

Let us not throw into the arms of the anti-European nationalist parties all those citizens who love the European construction but who are opposed to mass immigration, preferring instead controlled migration.

Do not subject Europe to the divisive dialectic of “progressives” against “nationalists”. We can accept progress while loving our nation, its history, its civilization. Let us avoid this harmful dialectic becoming the established system of the European political landscape. Reinforce the cohesion of the Union.

Because, as French, we need a strong and united Europe, a Europe that is capable of resisting American financial and legal hegemonism, as well as commercial dumping and technological looting from China. Since Brexit, the EU is not in good health. Let us stop degrading it further.