Cyberwarfare is at the heart of the Trump-Macron controversy 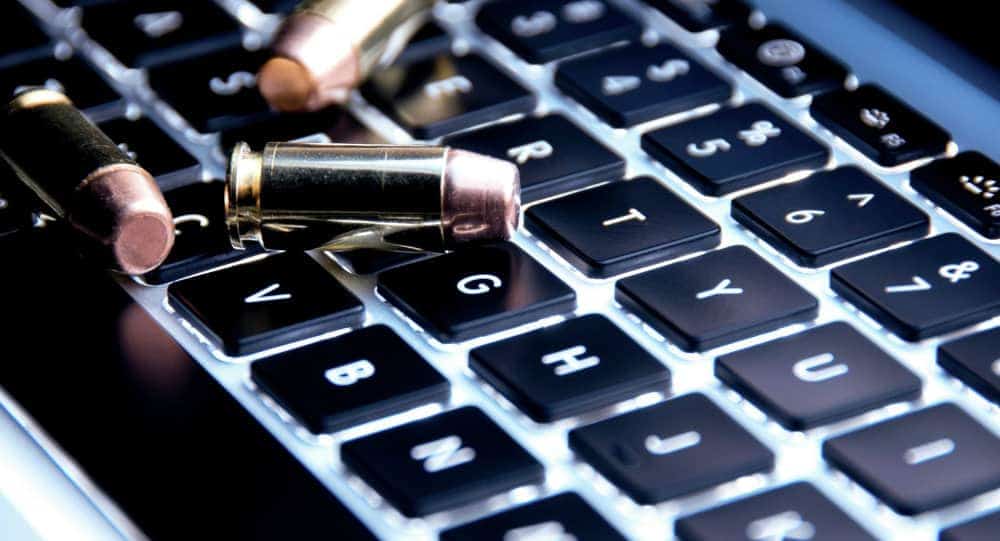 On landing on French soil Friday, November 9, 2018, Donald Trump tweeted little for his host: “French President Macron has just suggested that Europe develops its own military capacity, to protect the United States, from China and Russia. What an insult! He was referring to an intervention by Emmanuel Macron on Europe 1, urging Europe to protect itself from “Russia, China and even the United States”. Of course, the French president has never feared any military aggression by the United States against France, the two nations being the oldest allies in the world. In fact, the offending quotation followed Macron’s mention of cyber threats to Europe.

In fact, the computer system of the Elysee was hacked by the NSA (National Security Agency, the American institution for eavesdropping and worldwide computer espionage, with an annual budget of $12 billion). That was in April 2012, between the two rounds of the French presidential election. Similarly, in October 2011, a telephone conversation between the German Chancellor and her chief of staff was intercepted and transcribed by the NSA, as revealed in 2015 by Edward Snowden.

The Franco-American misunderstanding was clarified between the two presidents on November 10th. Macron has joined his US counterpart in supporting the need for an increase in the European defense effort. But the French president also insisted on the urgency of European strategic autonomy. This concerns in particular the new and essential field of cyber defence.

In the new battlefield of cyberwarfare, Emmanuel Macron acts in a way that is similar to Charles de Gaulle’s position on the nuclear question. He favours the development of the capabilities of the Cyber ​​Defense Command (called “COMCYBER” at the General Staff of the Armed Forces). This command is responsible both to protect against hacking of the computer systems of the French defence establishement, and, if necessary, to carry out cyber-offensive actions against any aggressors, be they state or non-state actors.

At the same time, on Monday, November 12, at the “Internet Governance Forum” at UNESCO, the French President presented the “Paris Appeal for Confidence and Security in Cyberspace”. This statement has received the support of major digital companies and many states, with the notable exception of the United States, Russia and China … It is a code of conduct, which can be compared to the 1949 Geneva Convention relating to the Protection of Civilians in Time of War. The intention is to protect all civil actors from “malicious activities online”. Two examples of malicious activities that have already occurred are the hacking of electrical distribution systems and attempts to interfere with electoral processes.

During the Cold War, the Americans, Russians and Chinese could not compete directly because of the risk of nuclear escalation; they fought each other with “proxies” (Vietnamese, Angolans, Afghans, etc.). Today, non-lethal cyberwarfare is becoming the preferred offensive mode of the great powers. This new strategic field is well analyzed in a book published November 9 at Editions du Cerf: “Cyber, the permanent war” by Jean-Louis Gergorin and Leo Isaac-Dognin.

The United States has lived with the illusion that its dominance of cyberspace was eternal thanks to the strength of its digital multinationals and the enormous capabilities of the NSA. In 2012, they had a painful awakening when they found that Iran had managed to disrupt the computer systems of major Wall Street banks, in retaliation for the 2010 sabotage with the Israeli Stuxnet virus of Iranian centrifuges used for uranium enrichment. In late September, President Obama received a pledge from late President Jiang Xiping’s to stop such practices at the state level. The trade war launched by Trump in the spring of 2018 rendered the Chinese commitment inoperative. The suffering of the Americans became unbearable when they realized in 2016 that the Russians had managed to hack the files of the Democratic Party and Hillary Clinton’s campaign manager to spread their secrets on social networks just before the presidential election on Tuesday, November 8.

Now subject to sanctions, Russia considers cyber-offensives as a way to restore the balance of power with the United States in order to work towards the desired prospect of a bilateral agreement.