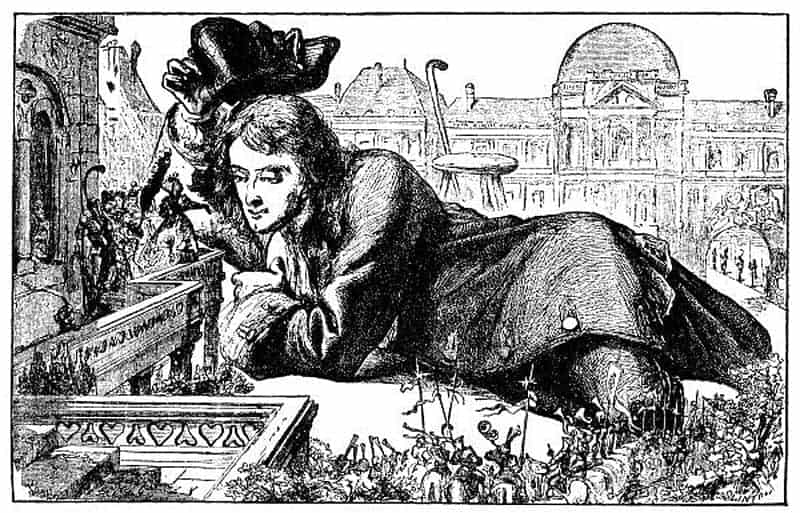 Jonathan Swift would be relishing the political havoc which awaits. He would recognise our current Lilliput. A land inhabited by politicians as troublesome and as brutal as their eighteenth-century counterparts.

Then they bound the gargantuan Lemuel Gulliver but today’s Lilliputians are about to capture one of their own. Boris Johnson will be tethered immediately on entering Downing Street.

The ropes which bind Johnson are robust and many. His majority is parlously small and likely to diminish further early in his reign. The two wings of his party tug in different directions.

A No Deal Brexit and Hammond’s followers tighten the knot, A Soft Brexit and Baker’s disciples will strain every sinew to stop movement. The Brexit Party and Liberal Democrats bind him further as do the SNP, the DUP. There is a very real risk to the survival of the Union.

The Labour Party, though riven with disunity, is still a force and will oppose and lasso Johnson at every opportunity. The European Union does not appear very willing to cut Johnson any slack.

Deciding which end of an egg to open in comparison would be, as Johnson might say, a piece of cake.  Can he set himself free?

In truth, Johnson’s options are all fraught with risk. His three goals will be to keep the Conservative Party intact, complete Brexit and win the next general election. His instincts on how to do this will be torn. He could take May’s Deal, tweak it Cameron-style,  sell it with bonhomie and humour and appeal to a fatigued Parliament “to get Brexit over the line and move on”.

Johnson though will be concerned his fate would likely be the same as his predecessor – a large majority against him. He could, as seems is the current strategy, go for a No Deal Brexit and try to coerce his Tory Remain rebels into capitulating for fear of a “Marxist Corbyn-led government”.

This is also unlikely to work. Not only are matters of principle and defining the national interest at stake for several Conservative Remain MPs but many current Labour Leave MPs will likely not prop up a Johnson government. It should not be forgotten that Labour’s 2017 manifesto explicitly ruled out a No Deal Brexit.

Could a general election allow Johnson to win liberty? On the face of it, it seems an attractive option. It could unite the Conservative and Brexit Parties, take on a weak Labour Party and rout the Liberal Democrats – shorn of their main cause.

Johnson would, however, either have to have achieved Brexit before going to the electorate or launch a Union-Jacked, Plague Upon Both Your Houses election if Parliament stymied his attempts to complete Brexit.

Both scenarios would be challenging. As John Curtice has pointed out, we now have a four-party political system, with the SNP and the Greens as further powerful forces. The electorate will be highly motivated, polarised and likely to vote tactically.

The grappling irons, ropes and pegs would soon ensnare our protagonist once more. Johnson’s prognostications on a post-2020 election are understandable. A second referendum perhaps?

This would further split the Conservative Party and any result would likely require a general election in any event. It is an improbable option but it still could be .possible in the political maelstrom Gulliver is cast as a sea captain setting sail through narrow straights and rough seas unsure of his destination.

Johnson no doubt is embarking on his journey with such uncertainty, but Swift’s satire is in some ways reassuring.

The course of political progress has always been chaotic, unpredictable and subject to human frailties and foibles.

We shouldn’t expect it to be any different this time.