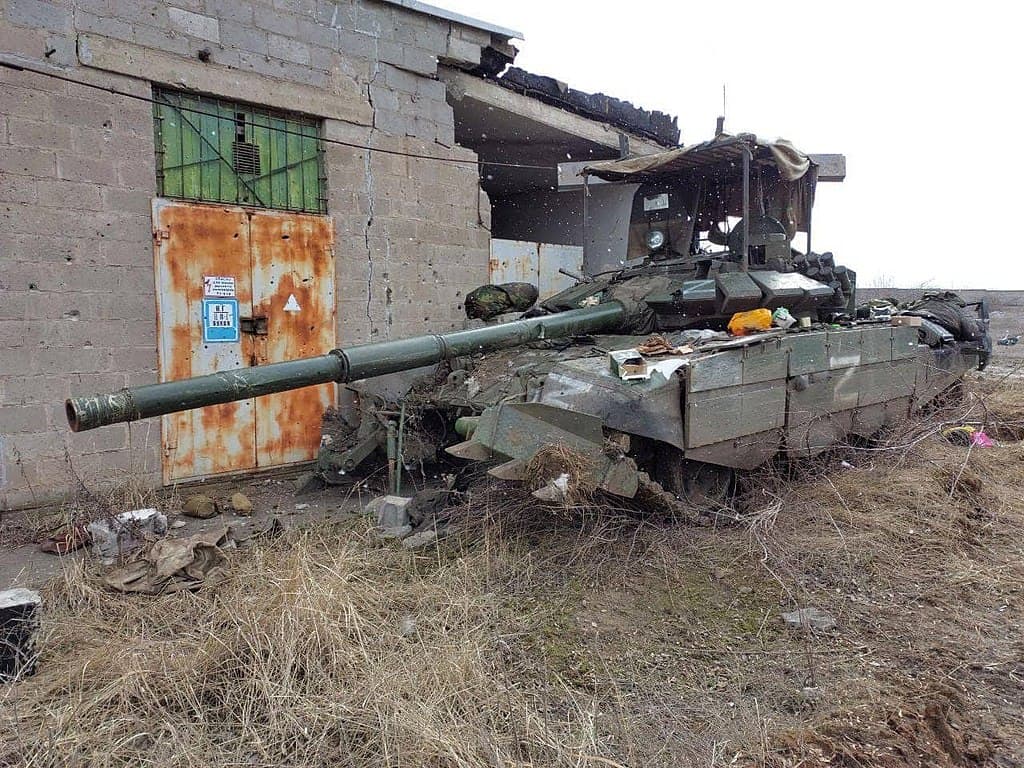 The successive victorious advances of the Ukrainian army in Izium, Lyman, and on the Kherson front, indicate that it has succeeded in establishing a balance of power to its advantage against its Russian aggressor.

It is more maneuverable, more motivated, and better equipped than he is. Ukraine and its Western allies have already shown on the ground that Vladimir Putin made a strategic mistake by invading his neighbour.

Now that the military balance has been established on the front, political negotiation between Russians and Ukrainians is once again possible. This is what the major powers, permanent members of the UN Security Council, want.

Best allies of Ukraine since the Mayan revolution of 2014, the Americans have, through the quality of their intelligence and military deliveries, contributed greatly to the victorious resistance of Ukrainian units. But they are not all up to no good, far from it.

President Biden’s urgency is now to avoid an escalation of the conflict – a nuclear ‘Armageddon’ – and if possible to achieve a ceasefire.

His intelligence services have leaked to the press that the assassination of Russian nationalist Daria Dugina in a car bombing in Moscow on August 2 was the work of the Ukrainians. A way of telling them not to go too far. US officials are sensitive to Trump’s October 9 speech, which accuses them of leading the world to a nuclear apocalypse.

Some commentators have explained that the Russian army is in a general stampede, that the rear is losing morale, that the end of Putin’s regime is near, that it is 1917. At this stage, it is advisable to be cautious and not to take one’s desires for realities.

Of course, everyone would like Putin to resign, for Russia to return wisely to its 1991 borders, to give up its influence on its neighbours, to build a democratic state under the rule of law at home, to reduce the size of its army, to give up its nuclear weapons, to become a kind of great and peaceful Poland, and to establish ties of respect and friendship with Ukraine, which the West would have first purged of its endemic corruption.

But this pink scenario has very little chance of coming true. The great Western feast is not for tomorrow.

First of all, Putin, who is considered a centrist at home, is neither going nor gone. The few independent polls say that the majority of the Russian population still supports him. A military coup against him is unlikely, as he is well guarded by the all-powerful FSO. This Federal Protection Service of the Russian Federation, directly dependent on President Putin, has at least 30,000 well-armed agents.

Then, facing the Ukrainian army, the Russian army does not have the quality, but it has the quantity. It will no longer launch daring offensives, but will bury itself at the limits of its conquests and wait firmly for possible Ukrainian attackers. Any attack on Russian infrastructure – like the one on the Kerch Bridge – will be met by bombing Ukrainian cities, as it did on October 10.

The fact that the Ukrainian army is proud of its successes does not mean that it is not tired. The Ukrainians want to spare the lives of their young soldiers as much as possible. An offensive to break through an entrenched and reinforced Russian front line may be considered too costly in human terms by the elected authorities of Ukraine.

In the annexed Donetsk oblast, young pro-Russian people will fight fiercely, as their towns were shelled by Ukrainian artillery from 2015 to 2022. Ukrainians have a modern mentality: recovering a lost Alsace-Lorraine is desirable, but this does not allow sacrificing half a generation of young men.

The great difficulty of a Russian-Ukrainian negotiation is that it will have to save the face of the authorities in Moscow as well as in Kiev to have any chance of success. Today, no one has yet found the miracle recipe. But it may reopen the direct channel between William Burns, director of the CIA and former ambassador to Moscow, and Nikolai Patrushev, the very influential secretary of the Russian Security Council.

European states that encourage the Ukrainians to take back Crimea by force are unrealistic. For the people of Crimea feel Russian and they would defend themselves. Such an offensive would galvanize the response of the whole of Russia.

In order to prevent this regional conflict from becoming global, the urgent need today is to silence the extremists on both sides. And to open the way for the resumption of Russian-Ukrainian negotiations.