Are we seeing the emergence of a new profession? 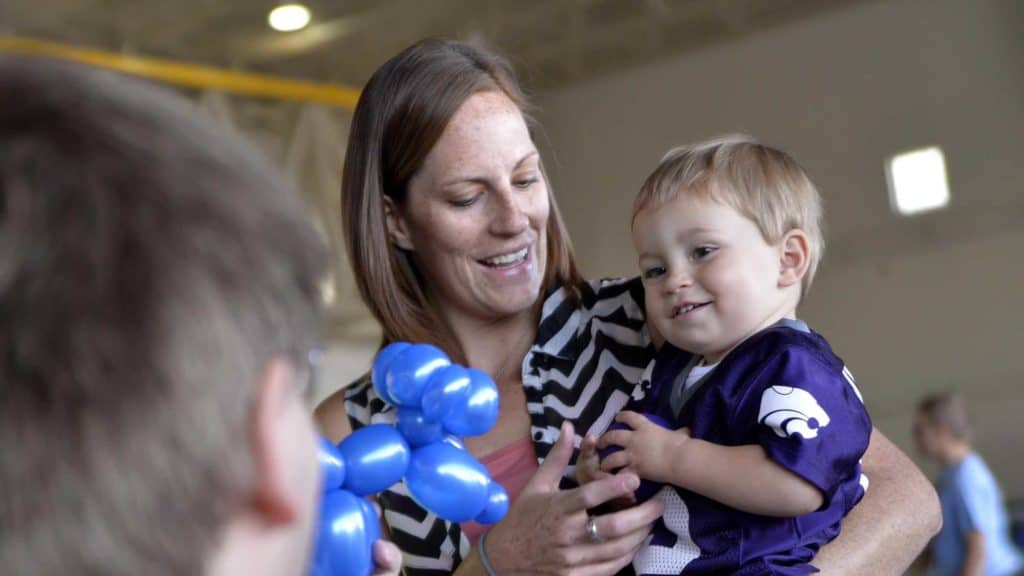 A conversation between David Boyle and Danie Woodbridge…

Danie: Hi David, so we’ve been discussing the role of co-production practitioners, and how the role is starting to be acknowledged more broadly as a specific profession.

We’ve also been talking about how change happens within systems, like office teams or whole organisations, or communities and families who are also small systems. But that we also consider the individual as a system in their own right (by that we mean all the parts that make us up as individuals).

We’ve also said that we think there are many professions that work consistently with influencing change, like teachers, therapists, or town planners.

Danie: I completely agree, yet some roles are specifically about influencing change in a big way, although not all of them would say they are ‘change influencers’, like teachers for example.

And in Health and Social Care, people are constantly having to deal with change. And this idea of the role of a co-producer who brings people together, and supports working together, is a highly skilled thing to do.

David: Yes, I noticed that when they tried to introduce local area co-ordinators in Scotland, where some people trying to do co-pro who were ex-social workers, it didn’t work. But when we employed out of work actors to run time banks then, for some reason it worked. I’m not suggesting that they weren’t highly skilled, but they are a slightly different set of skills.

Danie: It’s an interesting point, because I think people will challenge the idea of co-producers being a new profession, because people have been doing this kind of work for years, but are we at a turning point where we’re moving from it being something people did on top of their job, or they did as part of a community development role, towards it being recognised as a specific profession?

David: I actually think it’s more than that: it’s the sort of skills that everybody needs if they are going to make any difference. Unfortunately, we don’t really recruit for that sort of thing at all, because they are human skills, which people have when they are bringing up children. They’re not listed in job descriptions, and I wonder if that’s why our public services appear to get so stuck sometimes.

Danie: I’m really pleased you said that, because when I was thinking about how we might get challenged on this idea of it being a new profession, I also saw a twitter post where someone was asking if anyone knew of a workshop facilitator they could recommend. I was worried that, in suggesting that everybody can adopt these skills, we may get challenged. You were saying they’re human skills that everybody needs, I think that’s right: I think everybody can develop these skills.

David: If you could train people in the workplace as well, it would help a lot. We all know that the really successful people at work tend to be people with those sorts of skills, and who have the ability to exercise them.

Danie: I was worried that people would say it was an arrogant claim to say that co-production practitioners are new and especially skilled.

David: Maybe we shouldn’t focus on the special skills, but I think it’s certainly a new profession. And the skills they have are not abnormal downplayed or side-lined by types of professions so far, and workplaces including public services. They’re often the sort of skills you need in bringing up children.

Danie: Funny you should say that, because I’ve referred to the idea of trying to influence and facilitate system change as similar to parenting recently. It’s about how to successfully facilitate, enable and nurture change, which requires patience, gentle persistence, and resilience, whilst providing support and guidance and then allowing people to find their own way – it’s very similar to parenting.

David: Yes and, for some reason, the world of work has somehow side-lined all of that, but they are actually very ubiquitous skills aren’t they?

Danie: So why are some people better at it than others?

David: Some people can naturally do it, we all know them, and I’ve called them ‘super-connectors’ before – people who understand these things instinctively, and do it at quite a high level.

Danie: Yes, and I see co-production practitioners as ‘enablers’. And I suppose it’s about tapping into… how do organisations and teams put enablers in place, and what would that look like in different settings; how do organisations develop more training that enables staff to work in this way? But it’s not something you can learn in one workshop, these are skills that take time to develop.

David: Oh no, these people who are successful at it are often doing it despite the organisation’s rules and processes they have to follow, and in order to be successful they need to break the rules, which is very hard, especially in the NHS. The real skill in some ways is how to do that and survive, how to be brilliant at work and yet not be sacked – it’s a bizarre paradox.

Danie: Yes, I totally agree, we like to refer to this group of people as ‘positive disruptors’, and it takes a lot of courage to do it.

David: Quite, and so it’s great in some ways that organisations are beginning to support this way of thinking, and train people, even if they are not the people facilitating large organisations, they are facilitating people who use services, or groups of people in their housing estate. They’re community development skills really, aren’t they?

Danie: Yes, it seems we’re encouraging people to change to this way of working more broadly, but without necessarily putting the mechanisms in place that enable them to do so. When we just tell people to work together or treat each other as equals, it doesn’t quite explain what that means in practice. It’s a bit like a teacher telling a student off for not understanding the question. The skills to facilitating co-production are multiple and complex and take a lot of practice to do well.

David: Right, and in some ways, the training we receive now is about getting rid of those skills and losing them altogether, isn’t it, if we’re honest about it?

Danie: Quite, and you mentioned people who are successful. I think it depends what we define as successful, you often see very senior people who are driven and ambitious leaders, so society would say they are successful, but they don’t necessarily possess the skills necessary for co-production, like compassion, humility and being unafraid to be vulnerable, because it threatens their authority.

David: I suppose what we need is some sort of organisation for those types of people. Start having community organisers, then asserting it as a profession – training for it et cetera, providing jobs for people, making it a clearer role than they currently have. I suggested that years ago to Time Banking UK.

Danie: Maybe what this is about, is recognising that there is a specific role in being a connector, and being a facilitator, who doesn’t try to control outcomes, but just guides and supports individuals or groups to work together, that’s the difference isn’t it, is that what you’re saying?

David: yes, and I wonder if it’s only put in the context of change because that’s the way the current system sees it. It appears to need to cross all these departmental and professional boundaries, when actually it may not be quite as complex as we think. That’s not to say it’s not difficult, it just may not be as complex.

Danie: You’re right, sometimes we set ourselves up to be fearful by thinking it’s going to be so hard, when maybe there are simple solutions. But I think the complexity of change I am talking about is right through from organisational processes and system change, right through to an individual adopting change. So for co-production practitioners who are influencing change, they do need to have an awareness and understanding of the complexity of systems change, to avoid feeling responsible for the change, or burning out or blaming themselves if things don’t go how they may have hoped. Because ultimately, they’re not accountable for the actual change itself, we can’t change others, we can only influence others to adopt change.

David: You’re quite right, it can be a hugely difficult job. I’ve known people building time banks to burn themselves out, partly because they felt they had to be responsible for doing everything themselves, when they should have just been facilitating others.

Danie: Well, that happens as well, when you’re doing a job that you are passionate about, and often in third sector you have less people doing more, as well as too much KPI admin etcetera because of the funding trap imposed by the market.

I think, until we actually change the narrative, so more people are trained with ‘human skills’ as you called them, and it becomes a cultural norm, this kind of practice will continue to stay in the minority.

So there we are. Yes, co-production is an emerging new profession, using really quite ancient human skills – which make change possible, both individually and organisationally. They are the kind of skills which are able to set aside people’s differences and ask them what they can do. You can sometimes recognise the new co-producers because they start from what the person before them wants to achieve in their own life. But some key questions remain – how do you train it, how do you know they are being successful, and how much are these skills innately human? 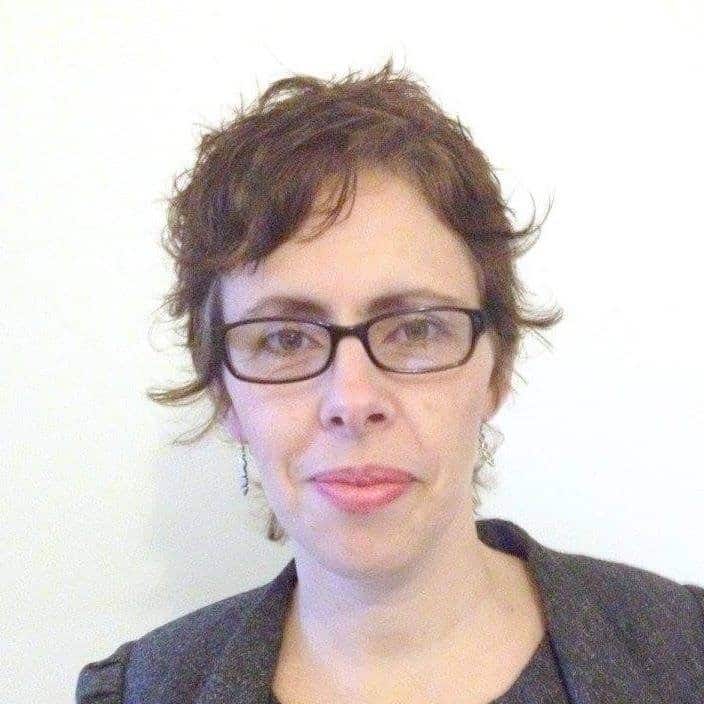