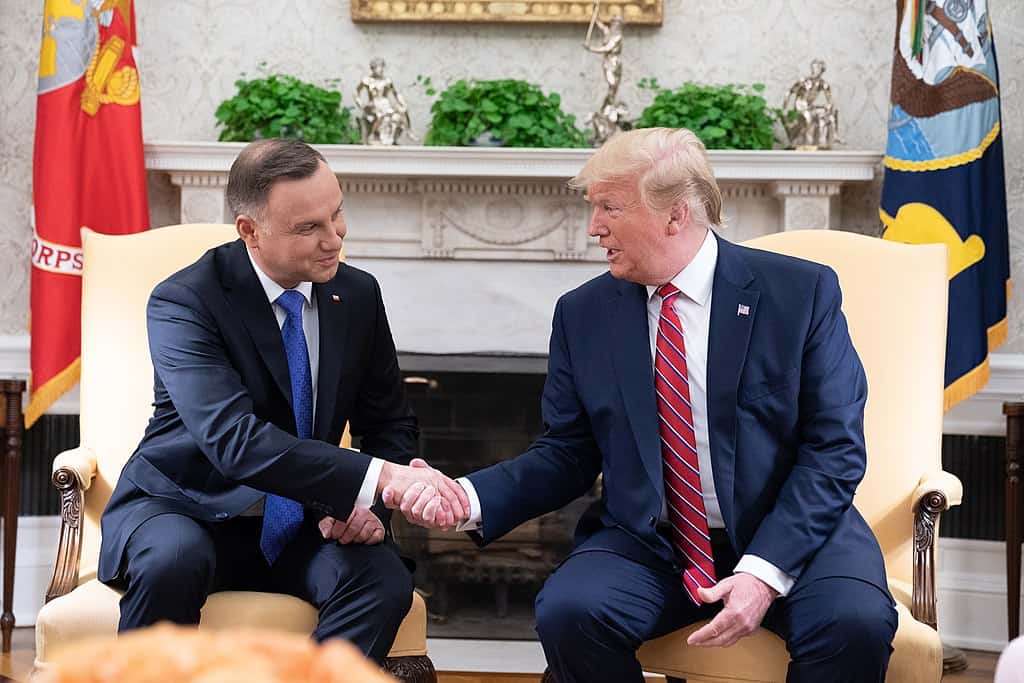 To liberal, internationally minded readers of this blog the numbers will be sadly familiar. In a national vote, a populist, nationalist, socially conservative platform whose key supporters are outside the main cities, older, less educated, less well-travelled and mostly farthest from the EU’s territory has narrowly defeated a political platform that is open, internationalist, liberal and pro- European.

The candidate of the nationalist Right promises to oppose social liberal reform, to “renationalise” media that he believes are too controlled by foreigners and threatens, along with a number of other nationalist leaders in Europe, to take on the integrationist, international ambitions of the European Union.

At 51 per cent for President Duda of Poland, this vote was even closer than the Brexit vote four years ago. Yet it has the same hallmarks. Making Poland great again for Poles, the narrowly re-elected Duda has promised mostly older, mostly Eastern, Polish voters that Poland is for the Poles, and it is for them, less Western European, less metropolitan elite, less closely interwoven with the neighbours to the West, especially the all-powerful Germans.

Discussion of Poland’s difficult, contested history is not permitted (and questioning its role in persecutions during the Second World War can be pursued in the courts), the “gay” and “Jewish” agenda that apparently his opponents support will not win in today’s Poland.

It is a victory for an old, backward Poland in the hinterlands of the former Soviet Union. It is a victory for those unrooted in Polish modernity, unhappy at a country less controlled by the national church that once united all Poles, suspicious of Poles who have left westward and returned, successful and open-minded.

It is worth remembering this was an election for a President not a Prime Minister, which will have a far greater impact on Poland’s future. But Duda represents his country, a country that seemed only 15 years ago to be making remarkable progress and was a bastion of the enlarged European Union.

He will be a thorn in the side of EU politicians and technocrats who want to bind financial support to European notions of justice and good governance (woolly notions at the best of times, and always trumped by trade and defence considerations). He will continue to pose a huge problem to Frau Merkel and her successor, whose relationship with Poland, its most important neighbour, is increasingly difficult and strained.

Of course, in Andrzey Duda, Boris Johnson has a natural ally, and we may expect, as the UK finally severs almost all ties with the EU on 1 January, that the relationship between the Euro-bashing Conservative government and its allies in Warsaw will grow, as it will with other nationalist, populist parties in Eastern Europe.

Those relationships were being strongly courted last year, to try to undermine the EU’s resolve in Brexit negotiations, and the UK government has much to gain from friendships in Warsaw and Budapest, as Johnson seeks to weaken the EU to Britain’s advantage.

Sometimes friendships of convenience are a touch distasteful. Political alliances with anti-Semites, anti-gay campaigners and autocrats are not necessarily what the Conservative Prime Minister would naturally prefer as the former Mayor and advocate of open-minded liberal London, but as a nationalist, populist Prime Minister of the UK he needs to court such alliances.

He may also be losing his great supporter in the USA in six months’ time. Expect a visit to Warsaw in the not too distant future to congratulate Mr Duda. Perhaps Budapest will be not long after, Mr Orban having again triumphed at a Brussels summit that promised to be very difficult for him.

We know all about that in the UK. We should be able to sympathise. We have at least another four and a half years of nationalist populism.