Hay-on-Wye and our lost radicalism in the UK? 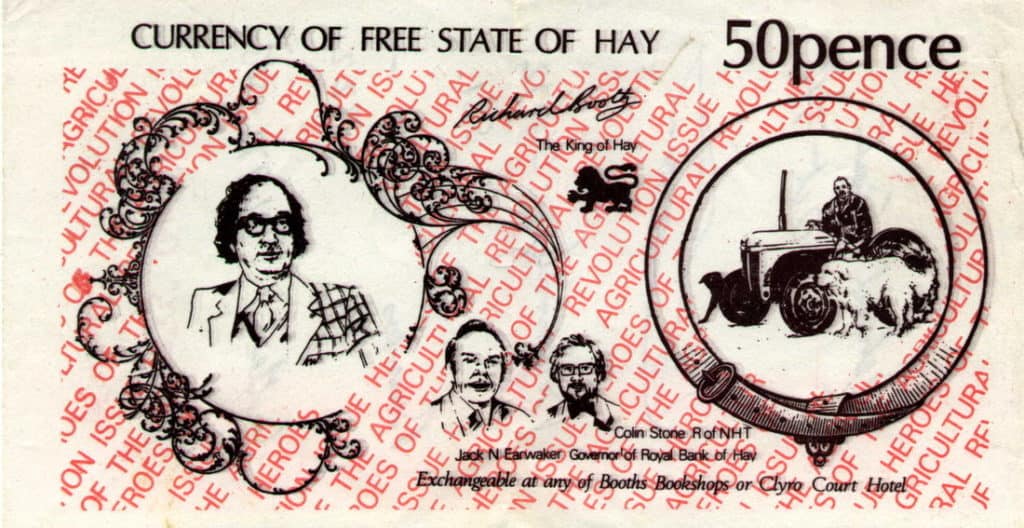 On 1 April 1977, a date I remember well, the proprietor of Hay Castle and the book town pioneer Richard Booth proclaimed himself king of an independent Hay-on-Wye,

He was serious but chose 1 April as a possible courtroom defence in case he was accused of sedition, or so he claimed later. I was still a teenager at the time, but I was thrilled about the scheme and thoroughly enjoyed Booth’s potshots at the EEC (as it was then) and other bureaucratic pretenders.

It was hard exactly to admire Booth. By his own admission, he inherited a fortune, made two more but lost four. Hay Castle burned down on his watch.

It is salutary to realise also, as you will find if you read his autobiography, that the original basis for the success of Hay as a town that sells books – plus the international festival and all the rest – was built on the knockdown sale of all those working men’s and miners’ libraries in the early 1960s.

But I was sad when he died earlier this month. Because I know how much his ideas, not least his ideas on rural economic revival, have influenced me. I never met him but I am in a sense another Booth creation. I still keep my Home Rule For Hay matchboxes that I bought back then in my sock drawer.

Booth’s bid to make Hay independent inspired a generation. It was followed by the Kite, a neighbourhood in Cambridge scheduled for demolition. There was soon a whole movement of micro-nations and their own magazine, Vole – a peculiar mixture of nostalgia, rage at Beeching and green radicalism.

I regard myself as  a product of this brief flowering of radicalism, inspired I suppose by the gentle anarchism of Colin Ward and JohnTurner and the anti-bureaucracy liberalism of Jo Grimond. And of course by Tibby Clarke’s 1948 screenplay for Passport to Pimlico. I am far more interested in shaping institutions which allow for this kind of self-determination – and it is that aspect of the EU, not its micro-controlling instincts that I wanted to defend.

I don’t find this kind of meeting of peaceful anarchism and practical Liberalism is much understood these days, whether on the new right or the new left. Not even among Grimond’s successors in the Lib Dems, who would probably regard Booth as some kind of dangerously maverick head case.

What worries me is that the new right has wrapped itself in the aura of this tradition of anti-bureaucracy, anarchic Englishness, without understanding it or actually showing any sympathy for it. I have a feeling that people like Boris Johnson would have actually prosecuted Booth for sedition, as he feared. Trump would certainly have done so.

But I believe in the English roots of this, and the power of the tradition that Booth represented. I believe it is urgent that the left begins to rediscover it, instead of the humourless, puritanical clinging to the wreckage of the old certainties.

This is not because I want a political home – though I do – but because, otherwise, the headbangers will win.

In the meantime, I’m doing my bit. My play Passport to Steyning is being performed on November 22-23, as part of the Horsham Year of Culture (anther strange idea!), See you there perhaps?