5G and the dangers of tickbox science 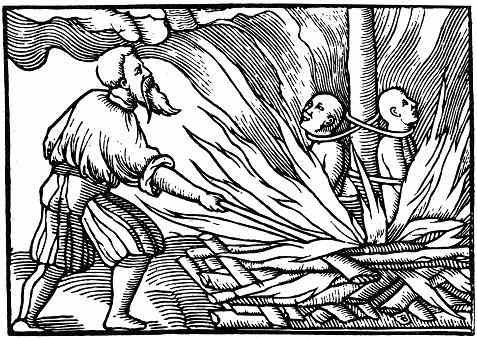 When my Tickbox book came out, the only vaguely negative review I received on Amazon was from someone who decided that, because I wanted to move the argument forward a little that I was somehow ‘anti-science’.

I have to say that I’ve been itching to write about tickbox science ever since. Though I fear I may confirm my critic in his prejudices by doing so.

I should say at the outset that, although I have no scientific training, I do have a degree in philosophy and I have always been fascinated by the various interpretations of scientific method.

I understand how science moves forward by demolishing its own arguments, paradigm and theory by paradigm and theory. It therefore makes no sense at all – as the doyens of evidence-based policy suggest – that science is somehow fixed and final. I take tickbox science to mean precisely this:  – that every idea or theory or brainwave needs to be measured against the sum total of published evidence.

This is absurd, especially as published evidence requires that somebody must have taken the decision to fund the original research, and – with the advocates of tickbox science wandering the internet, seeking who they would devour – that can be a dangerous business.

As you may have realised by now, I am tiptoeing worryingly into the 5G controversy.

I am not defending everyone who says that 5G has somehow caused the covid-19 outbreak. It is hard to discern how this could possibly be the case. But I am aware of research which suggests that 5G – because it is pulsed – might compromise people’s immune systems.

Most of those scientists who are nervous about 5G tend to be experts in the medical implications of electro-magnetic fields. It reminds me of the 1970s, when the establishment went after experts in low-level radiation, after evidence that it might be more damaging than high-level radiation over long periods.

This 5G claim is hardly proven, but – after the witchhunt against everyone who steps out of the narrow lines of tickbox science – I can’t see anyone daring to apply for grant funding to prove it one way or the other.

There is the real danger of tickbox science, or tickbox anything, in fact – it closes minds. It makes ideas impossible to express. And that is the very opposite of scientific.

Do I have a bias here? Well, yes I do. I have chronic eczema and I know that 5G is said to affect, not just insects, but human skin. Nor so I see why my skin should suffer just so that my neighbours an get faster downloads of ‘Call of Duty’ or other murderous online abominations.

I admit it. So go on, ban me from Twitter, why don’t you? There are already a range of things you are not allowed to say about 5G on Twitter or Facebook.

So how, without ridicule, should we stop people burning down 5G installations as they appear on our streets?

There really is only one way: we have to restore some trust in official spokespeople (starting perhaps when a prime minister next goes into hospital).

The problem is that, as the most stupid vandal knows, there are some technological developments that are so profitable that nobody is going to dare to say they are unsafe.

That is why it took 50 years from the 1962 Smoking and Health report to ban second-hand smoke. It took a similar time for governments to act on asbestos, though the evidence had been understood since the 1920s.

In those circumtances, there is a complication because nobody dares to do the research, and scientists who apply for the money to do so put their careers on the line.

I remember meeting researchers who dared to suggest that mad cow disease might be dangerous to human beings and they were threatened by the security services. There are big stakes.

But in those days, it was just the establishment versus the truth. There was none of what we have now: a group of self-appointed puritans committed to tickbox science, who want to seek and ridicule anyone who thinks differently. The lineal successors of those who tormented Galileo and Copernicus.

That is about as far from the genuine spirit of science as it is possible to get.

Now, when you get handed your licence to write these blogs (figuratively speaking), they do impress on you the need for policy solutions. How do we restore some trust in the certainties and uncertainties of science? How do we stop both sides from undermining the whole thing?

I would suggest a lay committee, comprising scientists, wonks, philosophers and members of the public, appointed independently of the government to advise on risks. Note the word ‘advise’, because as Philip Collins put it in The Times last week (£), there is a great deal too much “bogus certainty in the air” – and in the end, these are political decisions.