Energy costs: the scary reality behind the headlines 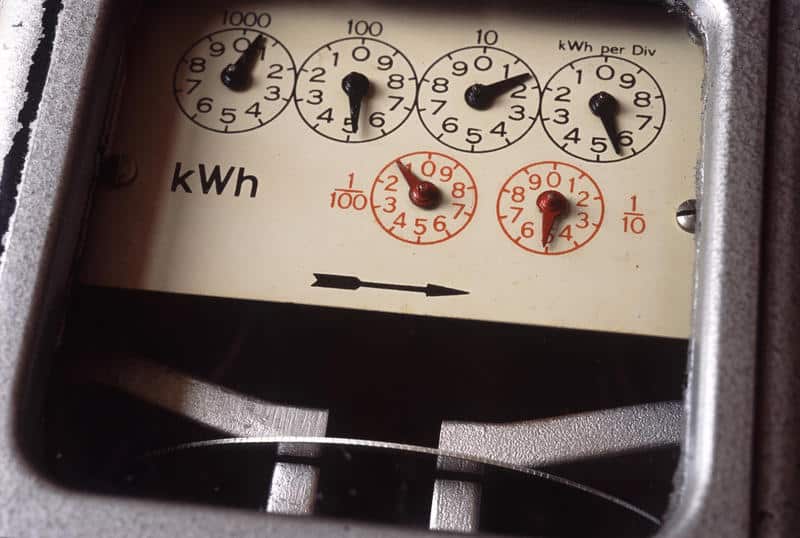 For perfectly understandable reasons, public and media reactions to the surge in energy prices have concentrated almost exclusively on rises in the cost of domestic gas and electricity, and of filling up the family car with petrol or diesel.This, though, is to miss more than half the point, because the even bigger consequence of the energy supply squeeze is what it means for industry. It’s simply impossible to run a business without using energy.

The supply of food is just one example. Just as farmers need fuel to plant and harvest crops, suppliers of fertilisers and other agricultural inputs need energy to extract, process and deliver raw materials, and energy is needed, too, for the manufacture, servicing and maintenance of farming equipment. Food manufacturers need energy for processing and transport, and the supply chain from producers and distributors to retailers relies on it for everything from trucks to refrigeration.

Don’t be surprised, then, when rising energy costs show up in the weekly grocery bill.

Food supply, of course, is just one instance of the way in which rises in energy costs ripple throughout the material economy of goods and services. The reality is that nothing that has any economic utility (value) at all can be produced without the use of energy.

This is why some of us have long insisted that, ultimately, the entire economy is an energy system, not a financial one. From this perspective, the critical trend is the relentless rise in ECoEs, meaning the Energy Costs of Energy itself.

Energy can’t be delivered without an infrastructure that includes oil and gas wells, pipelines, refineries, gas processing plants, power stations, solar panels, wind turbines and the distribution grid. No part of this infrastructure can be made, maintained or replaced without using both energy itself and resources which are themselves products of the use of energy.

As energy – and everything made or supplied using it – rises in cost, so does the general level of prices. This effect is most pronounced at the level of essentials, because the supply of most necessities is energy-intensive. As well as food and fuel, this includes the supply of water, necessary travel and transport, and the building and maintenance of roads, offices and homes.

Logic dictates that, within any given level of income, increases in the cost of necessities reduce how much people have left to spend on those discretionary goods and services that they might want, but do not actually need.  These discretionaries are a large part of the economy, and their own operating costs are by no means immune to the broader inflationary trend. Travel and hospitality are just two of the more obvious examples of sectors exposed to a ‘pincer effect’ that kicks in when costs are rising at the same time as customers are getting poorer.

The reality is that there are strict limits to what any government can do to mitigate the effects of surges in the cost of energy. Even so, the knee-jerk resort to borrowing as the cure for all ills is depressing. The government seems to think that the surge in the price of energy is some kind of temporary event which can be relied upon to correct itself over time, but the resource situation gives little ground for such confidence.

It might be worth reminding ministers that energy-driven increases in the cost of raw materials also apply to steel, concrete, plastics, copper, lithium, cobalt and everything else required for the expansion and maintenance of the supply of wind and solar power. Just as the case for developing renewable energy sources (REs) becomes more compelling, so the cost of implementing RE expansion plans keeps rising.

Tackling rising inflation requires increases in interest rates, even though measures implemented so far have done nothing to reduce the deeply negative real cost of money. The Bank of England might raise policy rates to 1 per cent or so by the end of 2022 but, by then, inflation could easily be 7 per cent, or higher, meaning that the real (ex-inflation) cost of debt could be -6 per cent.

This is a frightening metric for any ‘capitalist’ economy whose primary predicate is a positive real return on capital.

Let’s remember that, even before the coronavirus crisis, Britain had been borrowing more than £4 for each £1 of “growth”, and even this ratio excludes rises in broader liabilities, and in the shortfall or “gap” in the adequacy of provision for the delivery of future pension promises.

Hitherto, there’s been a tendency to view rises in the theoretical value of assets as a reassuring offset to the escalating levels of debt and other financial promises. Attaching an impressive aggregate value to the national housing stock is all very well, but ignores the point that the only people to whom the entirety of that housing stock could ever be sold are the same people to whom it already belongs.

With the cost of money rising, and disposable incomes under relentless pressure, it would make sense for everyone interested in property to think through the implications for affordability. As this deteriorates, don’t be too surprised if the false comfort that so many derive from setting inflated property prices against escalating debt starts to drain away.