We still haven’t fully mastered the politics of Green 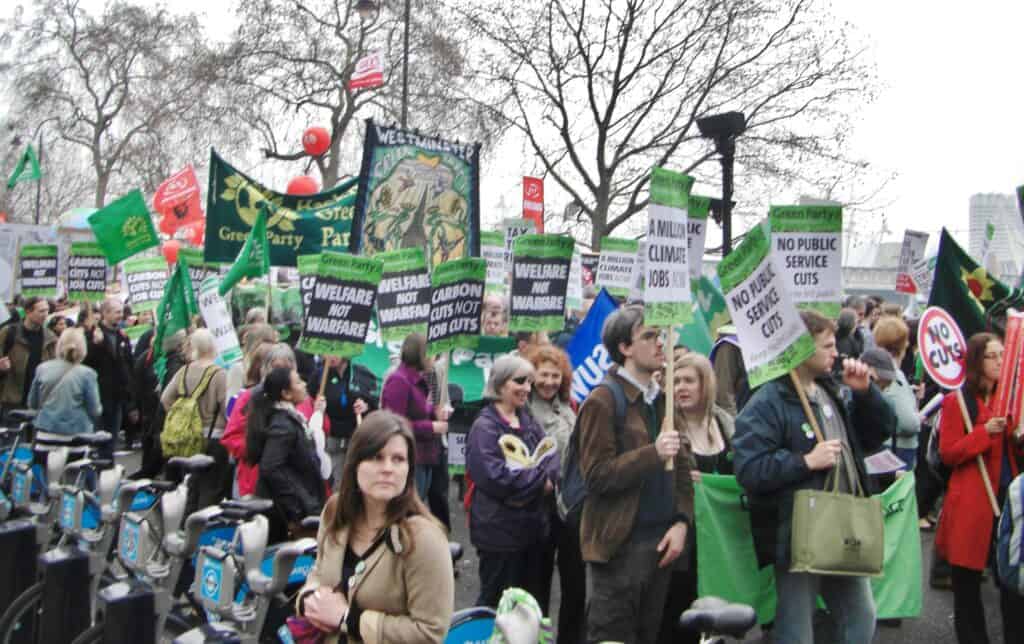 Environmental politics has come a long way in the last couple of decades. From being a marginal political issue associated with sandal-wearing tree-huggers who lived in their own unreal bubble, environmental concerns are now mainstream.

There is no political party in any major democracy that can afford to ignore the environment in its electoral platform. Today, every politician must have some shade of green as part of their persona. That is a huge success for what started out with ‘Silent Spring’, Rachel Carson’s book in the 1960s, when the Ohio river famously caught fire as all the detritus and chemical pollution in that river burst into flames.

Yet, this also has implications for Green parties themselves. Do we need, or even want, Green parties when green is included in every other party’s manifesto?

This is the same argument that we made in our book The Death of Liberal Democracy? about Liberal parties – do we need Liberal parties when ‘all political parties contain within them significant groups of people who would consider themselves to be liberal in their political philosophy’?

Let us take the Greens’ prospects in the upcoming German general election. They started the campaign well. Polls suggested that they could end up being the largest party post-election. There was talk of the first ever Green Chancellor. Yet now they seem to be fading. True, Ms Baerbock’s own personal mis-steps have played a role; maybe a significant one. But other forces may also be at play.

Rivals still have some success in painting Green parties as ideological extremists who would negatively impact people’s quality of life. That, faced with the inevitable hard choices and trade-offs associated with governing, they would invariably opt for hair-shirt, anti-growth authoritarianism that insists on telling everyone how to run their lives.

That other parties’ choices would be more balanced and ‘sensible.’ There is evidence that this narrative is eating into the German Greens’ electoral popularity – even in the country where the Greens have made the most political progress and, over decades, have developed well beyond the single-issue group of activists which gave them birth.

In Scotland, the SNP have now brought the Greens into government as part of a not-quite coalition. Arguments are already bubbling around the SNP’s manifesto promises of improving the road network – anathema to a Green Party that is intent on reducing transport-linked carbon emissions. We shall see how that, and doubtless a number of other issues yet to emerge, will all play out.

What impact it will have on voter perceptions of both governing parties. Neither does the Greens being in government obscure the fact that their popular support goes no further than some 200,000 voters.

There are also questions around the political impact of the activities of groups like Extinction Rebellion – who have once again tried to bring parts of London to a standstill even though not much was moving there anyway.

Will these sorts of activist actions actually result in governments doing more? Or will they allow their rivals to cement further the idea that those whose primary identity is ‘environmentalist’ are ideologically blinded extremists who are best kept as far away from governing as possible?

As we are surrounded by record temperatures, out-of-control wildfires, flooding across the globe, a collapse in natural capital, and more, the politics of environmentalism could hardly be more important. Yet we have not quite mastered it.

We have not yet managed to shed the damaging ‘austerity’ associations of green and replace them with a positive, hopeful future vision that can inspire. We have not yet managed to move away from that Green party identity that is associated with a deeply ideological single-issue focus that means reduced personal liberty through command and control policies. Green is still associated with ‘we’re all bad people’ – hardly a vote winner.

Neither has a liberal, right-of-centre Green party yet emerged anywhere – a political position that may well have greater resonance than one that combines environmentalism with the statist left.

Maybe it is not the electoral success of Green parties themselves that will determine our success in environmental policy. Rather we will have been truly successful when environmental issues are so firmly embedded in all parts of our political life that Green parties will be utterly redundant. After all, the Brexit party did not exactly manage to get a vast number of its candidates elected. Yet here we are – out.

Whichever way it goes, we still have some distance to travel to find an inspiring environmental political narrative to replace the mainstream miserabilist one to which we continue to cling.