Would Proportional Representation Fix a Broken System and Generate a Different Type of Politics? 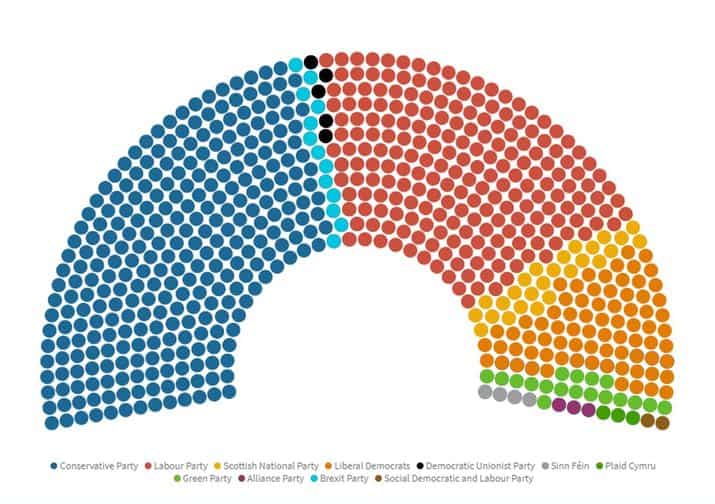 In 2011 a National Referendum was held on whether the UK should adopt the Alternative Vote system. It was decisively rejected by 67% of the 42% who participated. But given the political division of the last few years, should we start the debate about how proportional representation could fix vital challenges within our society and generate a different type of politics?

The graph above shows how the current UK parliament would look after the 2019 election if proportional representation rather than first past the post voting system had been used.

Register in advance for this meeting:

After registering, you will receive a confirmation email containing information about joining the meeting