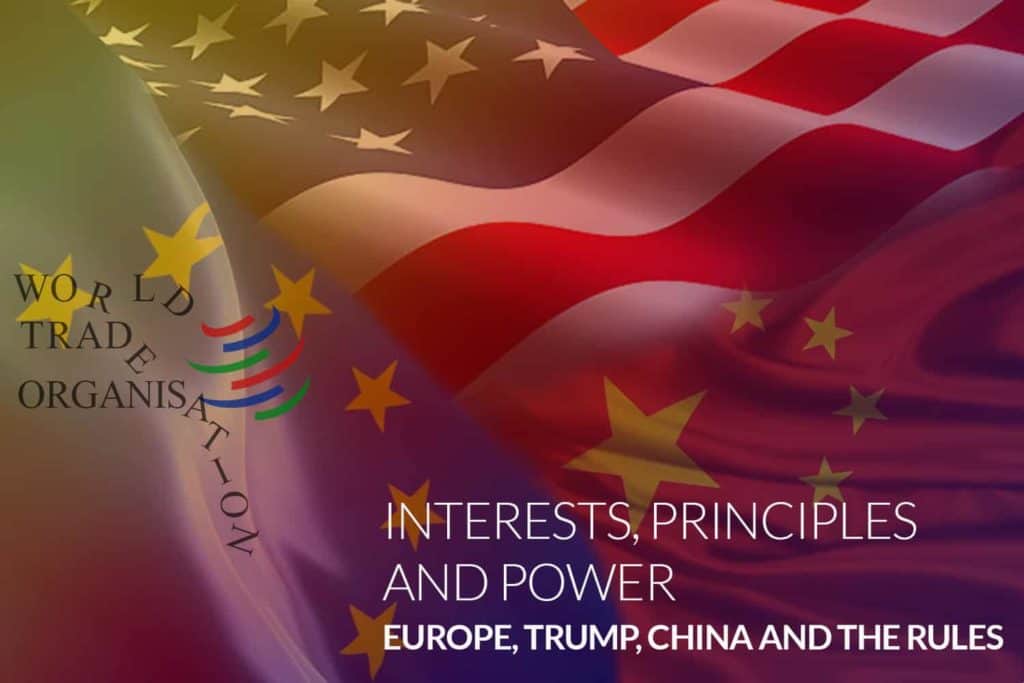 As starkly shown during the latest G7 meeting in Quebec, we are entering a perilous period where conflict around international trade risks splitting the Western alliance and causing a transatlantic rift.

In a world that is becoming polarized between three major blocs – the US, China and Europe – competition between blocs becomes much more likely than the post-war multilateral collaborative world steered first by the Free World in the Cold War, and since 1989 by an indispensable United States.

What should Europe do? A founder partner in the rules-based order, a leading light in the creation of the WTO, Europe is currently the weakest among the three blocks. Europe cannot easily admit the disappearance of the rules. Nor can Europe afford a transatlantic rift or a Hobbesian world of all against all. Such developments could threaten the very survival of the European project. Equally, if Europe trims its sails to the prevailing winds, its own coherence and its root values could be at risk.
There is much to re-assess, and there may be little time to do it. So let us begin to frame the questions that need solid answers before drifting into the long European summer…

This event will explore the nature of the incipient conflict, evaluate whether the rules-based system as developed in a post-war environment is still fit for a twenty-first-century world, and explore how Europe can best respond to safeguard its interests, consolidate the principles by which it lives and preserve the alliances necessary to ensure continued success of the European project.

Due to space limitations, if you would like to join us for this event please RSVP