What is the China shock?

(This article was published by The Mint Magazine) 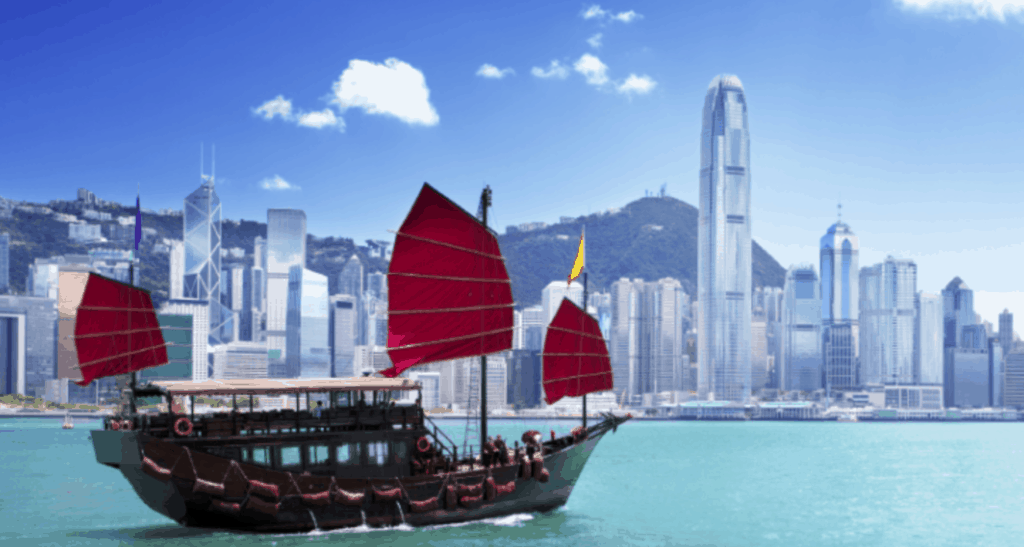 This article was first published in The Mint Magazine

It has become fashionable to talk about the China shock – the disruption to the international trading system caused by China’s entry. But what, exactly, is it, and is there anything that can reasonably be done to overcome it?, asks Joe Zammit-Lucia.

For decades, the international trading system was perceived to be working well. There was little public discussion about the strengths and weaknesses of the system. Any discussion tended to be restricted to the specialist world of macro-economists and international trade lawyers. Much of it was in the form of impenetrable technical texts that were not the stuff of headlines.

All that changed with the emergence of Donald Trump onto the US political scene and the subsequent arrival of President Trump in the White House. He put trade (as well as immigration), front and centre of the political debate by focusing on America’s growing trade deficit and presenting it as evidence of an America that had been conned, abused and taken advantage of by its trading partners.

He claimed he was the man to reverse all that, bring back jobs and Make America Great Again. It was a smart and effective electoral platform. It created villains, China primary among them, that could be railed against. It resonated with that large sector of the population for whom globalisation had been nothing short of a disaster. And it allowed him to position his political opponents as being in the pocket of those vested interests that globalisation had made wealthy at the expense of the working communities in America’s rust belt.

The technocrariat was outraged. For decades, they had fed us the line that globalisation was a net positive – an endless win-win for everybody. A stream of technical analyses was unleashed. Mainstream journalists and economists told anyone who would listen that Trump was simply wrong – that deficits should not be the metric by which the effectiveness of world trade should be judged. That deficits simply reflected macro-economic factors – an excess of expenditure over savings.

Needless to say, none of it worked. It was of the same nature, and just as effective, as the Remain campaign during the Brexit referendum. Seen by a large part of the population as endless technical gobbledygook spouted by those whom the system favours. It didn’t resonate with their daily lived experiences.

The Trump experience and its irreversible impact on the globalisation discussion highlights the fundamental difference between looking at issues through a technical and classical economic lens as opposed to a political lens. The world looks fundamentally different depending on which lens one chooses.

The world trading system, and its embodiment in the World Trading Organisation (WTO), was built on a Western perspective of political economy. The fundamental underpinning of such a system was the separation of state activity from commercial enterprise. The role of the state was to set the rules and police those rules. Within the confines of those rules, business would operate largely without state interference. Markets would be open. State intervention in any particular sector was seen as distorting and creating unfair competition. Lending would be based on strict financial criteria determined by commercial entities and based on an assessment of financial risk and return. Policy-directed lending became seen by central bankers and others as akin to the work of the devil.

When China joined the WTO in 2001, it was obvious that it was applying to join a club based on a concept of political economy that was fundamentally different from that which it had pursued until then. China was a statist economy where the long arm of the state penetrated into every single aspect of economic activity. Its model was fundamentally at odds with that on which the world trading system was based.

As a result, China was required to implement significant reform before it was allowed to join, and afterwards. In effect it was asked to submit to a raft of rules that it had had no hand in making – rules that conflicted with its political model. The political price of accession was steep: the service sector had to be liberalised, the market opened to foreign investment, restrictions on retail, wholesale and distribution were ended, banking, financial services, insurance and telecommunications were opened up to foreign investment, and it had to deal with issues relating to transparency and intellectual property.

At the time, China was willing to undertake such reforms and swallowed them as the price for accession to a system that would make it wealthier and drive its future development. The reforms imposed on China were much more severe than those previously imposed on other developing economies, reflecting the fact that everyone understood that the entry of such a potentially large economy could have an effect on the balance of the world trading system that was far greater than the impact of smaller countries.

It could therefore be argued that the first China shock was on China itself. A series of fundamental reforms to which it had to submit to create a level playing-field and mitigate any potential China shock on the rest of the world.

But what was not, it seems, sufficiently thought about at the time was the following question: is coercing a country like China effectively to abandon its whole model of political economy and submit to a Western designed system of rules a sustainable strategy?
Relatively fresh from its success in the dismantling of the Soviet system, the West did not feel that such a question was worth asking. It seemed safe to assume that the inherent superiority of the Western Open Market system had been proven. China would inevitably move down the same road at an ever-accelerating pace once its citizens experienced the benefits of open markets and the Western model. Eventually, they would also demand a democratic political system. At the time, this progression was seen by many to be just as inevitable as night following day. As reliable as the laws of physics.

China remains wedded to its system of political economy. The integration of commercial and political activity is seen as being a significant pillar of China’s ambitions. It enables China to create a cohesive strategy for its own development and for the projection of power across the globe through programmes such as the Belt and Road Initiative and Made in China 2025. State support of its enterprises is seen as a way of building capabilities to challenge Western dominance in key sectors. Such an economic model is more akin to the European post-war interventionist model than it is to the Soviet model.

The arrival of President Xi has fueled a more assertive China that is no longer willing to be coerced into complying with Western-designed rules or submit to the Western philosophy of political economy based on open markets. And China has now built enough heft to enable it to resist.

As for the assumed transition to democracy, the opposite has come to pass. China has doubled down on its authoritarian rule with ever greater repression and ever greater control – an issue that will have increased relevance on trade in a digitised world of data, information flows, and cyber-warfare. An authoritarianism that is steadily consuming the previously democratic Hong Kong trading hub.

This has created the second China Shock – the existence, embedded within the world’s trading system, of the world’s second largest economy that does not play by the Western designed rules on which that whole trading system was based, causing destabilisation.

The current dominant narratives in the world of international trade take two forms. The first accuses China of “unfair competition” through its system of subsidies, state intervention, relatively closed markets, appropriation of intellectual property and so on. The second is a continuation of the traditional narrative that, even given all of that, continued trade is a net positive for everyone and must be preserved. These are the economic and technocratic perspectives.

The political perspective sees the conflict as the clash of two fundamentally different systems of political ideology and political economy. A clash that can no longer be addressed, as it was in 2001, by coercing China into the Western Way of doing things.

I will be, and have been, accused of using the benefit of hindsight. But there was always a significant chance that we would find that the coercive approach could not possibly last; that, while committing to the letter of the rules, China could not, and would not, follow them in spirit. And that the transition of China to the Western model of democratic, open markets would never truly materialise – or at least not within any relevant timeframe.

The economic and technocratic perspectives would suggest that the US-China trade conflict is silly and can easily be fixed to the benefit of all. The political perspective suggests that it will be fiendishly difficult to resolve.
There are effectively only three options:

– turn a blind eye to the asymmetries to construct a cosmetic trade deal (or a deal that represents managed trade rather than liberalised trade) with China and keep trading;

– re-write the WTO rule book to take into account the fact that it is inappropriate to the political economy of the world’s second largest economy; or

– enter a prolonged war of attrition in the belief that China’s model is unsustainable and will eventually fail.

Which approach President Trump will take remains to be seen. There are political factors that push for a deal – Trump’s desire to show that he is a great dealmaker, and his need to avoid the risk of recession in the run-up to the 2020 election. Other political factors push in the opposite direction – a Congress that is not united on much except Sinophobia; and the risk that a cosmetic deal with China will allow Trump’s opponents to paint him as a ‘wimp’ who lost his nerve rather than the strongman he portrays himself to be.

How all this will play out is impossible to predict. But we should prepare for all eventualities and avoid the same mistake made at the turn of the century – making hubristic assumptions that the Western perspective will inevitably prevail, even in the short term, and that China will simply play by Western designed rules it had no hand in putting together.