Welcome to the new MADness 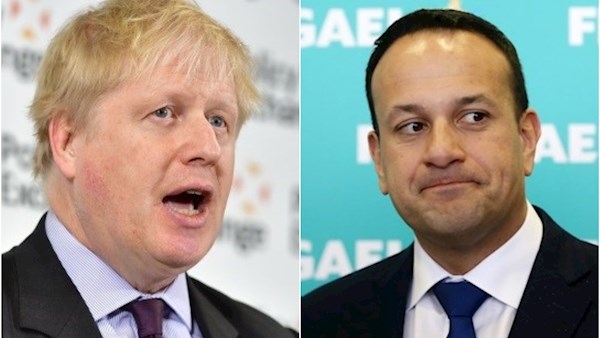 This article was first published in the Times of Malta (submitted July 25th; published July 31st)

MAD. Mutual Assured Des­truction. That was the Cold War nuclear weapons stra­tegy that kept us all safe. It worked because neither side had a reckless leader who preferred Armageddon. It worked because, in spite of the deep enmity between the two superpowers, they always managed to sort differences out through back channels. The Cuban missile crisis was a close run thing. But game theorists worked out all possible moves in highly professional detail and the danger passed.

MAD seems now to have returned. Thankfully not with nuclear weapons but with the prospect of a no-deal Brexit that would cause untold harm to many people. The same people who elected governments that are supposed to represent and protect.

The UK has a new prime minister who does not, at the moment, seem fazed by a no-deal Brexit and is promising to withhold the £39 billion payment to the EU if there is no deal. The new cabinet is stuffed with people who would actually relish a no-deal exit. The EU is determined to stick to the deal negotiated with Theresa May even after it has been re­jected three times by the UK parliament. Both sides seem intransigent.

Let us look at the logic driving each side.

Boris Johnson is betting his position on three main points. The first is that no deal would be worse for Ireland and the Irish border than a negotiated deal with a modi­fied backstop. Second, withholding the payment of monies due would unleash conflict within the EU as to how the budgetary hole would be filled. Third, he bets that the EU understands that no deal negotiated with a government is complete until ratified by parliament. The European Constitution, for instance, was negotiated among EU member states but then rejected by national parliaments or local referendums. As a result it had to be renegotiated.

At the moment, both sides seem foolish and reckless enough to prefer disaster

The EU probably now believes that the current UK government would be willing to walk away with no deal. It is betting on the idea that the UK parliament would not allow that to happen, resulting in a general election or a second referendum. The risk here is that even those well versed in the arcane procedures of the UK parliament have no idea how a no-deal Brexit can be stopped. Even if the government were to be brought down in a vote of no confidence on its first day of its return from the summer recess, the legal position is that the earliest time an election could be held would be in late October. With a hung parliament the most likely outcome, it is debatable whether that would leave enough time for a new prime minister to be chosen for a new extension to be requested.

If both sides hold to their position, a no-deal Brexit seems the most likely outcome.

MADness is in the air. The difference is that, at the moment, both sides seem foolish and reckless enough to prefer disaster and the imposition of hardship on their populations rather than having the humility and sense of responsibility to try to find a way forward where both sides give something away to negotiate a viable deal.

Chest thumping machismo is all very well but that’s not what we should expect from our elected representatives – whether in the UK or in any other EU country. Politicians on all sides should reflect that a no-deal Brexit would represent a dreadful dereliction of their responsibilities. Resorting to blaming the other side is behaviour we would expect in children’s playgrounds not in our highest levels of government.