Tomorrow, The World Will Not Return to ‘Normal’

(This article was published by CEOWorld Magazine) 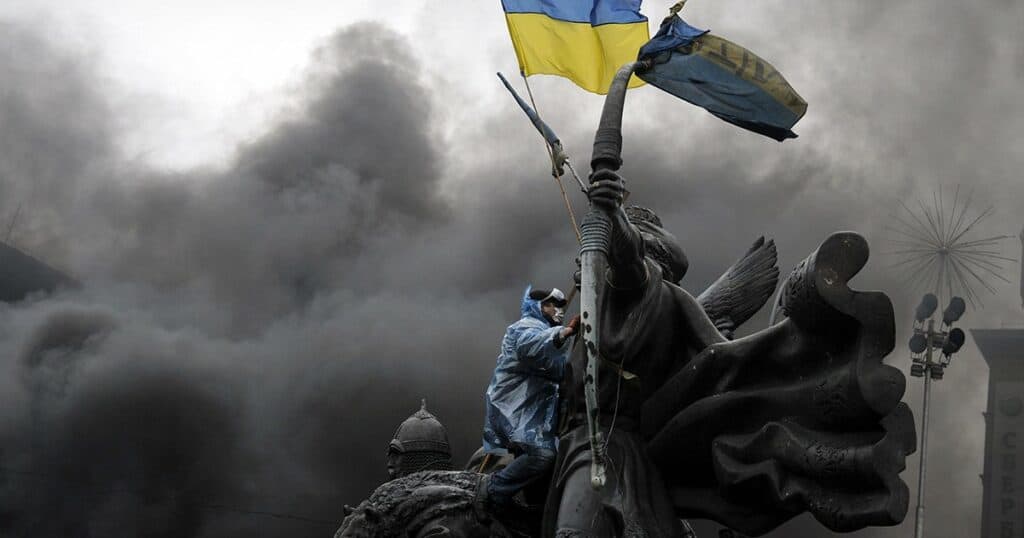 We are often all slow to accept that which we don’t like the look of. We tend to believe what we want to believe – that which suits us to believe even when a different reality stares us starkly in the face.

My nephew is currently stuck in Western Ukraine and keeps sending messages that it’s all going to be OK and the whole thing is bound to fizzle out. Just like, when we were urging him to leave a week or so before the invasion, he responded with a newspaper report that Putin claimed he was withdrawing his forces from the Ukraine border. “See, it’s official” he wrote. It’s what psychologists have long called confirmation bias. None of us are immune.

A few weeks ago I wrote that business leaders needed to develop and hone their political skills. The acute geopolitical crisis we now find ourselves in has brought that need to the fore in the most brutal way. Yet, there remains a danger that business leaders will continue to underestimate the scale of what is happening and what it means for the world and for their business strategies going forward.

We all need to accept two realities. The first is that while the Ukraine crisis is a rude slap in the face that should wake us all up to a new world view, it needs to be seen for what it really is: a harsh and vile culmination of geopolitical shifts that have been going on since 2001 and which most business leaders (and many political leaders) have, by and large, ignored.

The atrocity of 9/11 was the day the world started noticeably to change. From that day we have been on a geopolitical trajectory that was wholly different from the one that had led to rampant globalization, supply chains that crisscrossed the world, ever greater mutual interdependence, unlimited global financial flows and foreign direct investment in all countries irrespective of the nature of their politics. A new trajectory that was enhanced first by the global financial crash, then by the Covid pandemic and by many other political events in between.

The business world was slow to notice let alone accept that 2001 had changed the geopolitical calculus. The world was looked at primarily, some would say exclusively, through the lens of financial opportunity.  As one executive board member of a major multinational put it to me: “We didn’t care. We were desperate to rush into these markets because there was money to be made. We’d do joint ventures with anybody. We’d share our technology and intellectual property with anyone. The financial prize was too good to forego.”

The result is that we have all been complicit in creating two authoritarian geopolitical rivals: China and Russia – and giving them power over our own way of life. Plus a number of countries, some in our own back yard, that have effectively been drawn into their authority.

The second reality is that, post-Ukraine, the world has now changed irretrievably. We have, once more, entered a world of rival spheres of influence – something we had believed that we had left behind following the fall of the Soviet Union but which started to develop again post-9/11. This has big implications for business strategies going forward.

Globalization as we have known it is over. Businesses and investors will need to be much more selective about where they invest, how they invest, what technology and know-how they share and with whom, and even where they are seen to be making their money. All these decisions will inevitably need to be made based on much deeper political understanding and a greater sensitivity to the new geopolitical realities.

Yet even in the acute phase of the Ukraine atrocities, old habits die hard. When faced with ramped up sanctions, businesses were lobbying the Italian government to exclude luxury goods from the list of sanctions. I guess so that well-heeled Muscovites could still purchase their Gucci bags even as the citizens of Mariupol were under siege, being carpet bombed, and left without food, water and electricity. Even more astounding was that the Italian government listened and actually floated the idea.

Many businesses have stepped up. Apple, Nike, BP, Shell, Grant Thornton and others are busy severing their links to Russia. Others are more hesitant. Putting out press releases that hedge their bets and searching for reasons as to why it would be imprudent to do so. They are facing a backlash – not least from their own employees – and which may eventually escalate to large scale boycotts of their products and services by Western customers.

The next step is for business leaders to take a sober, if unwelcome, look at the world they will be operating in once the acute crisis in Ukraine plays out – one way or the other. The temptation is to believe that the world will eventually return to ‘normal’. That pre-Ukraine business models can be picked up again. That global investment and finance will flow again even if Russia might remain excluded for some undefined period.

It will not. Tomorrow, or the day after, the world will not return to ‘normal’. Success will come to those who recognize the shape of the new world early and start the inevitably difficult and painful process of re-thinking and reorganizing their business models to suit the new geopolitical realities. Realities that will have an effect well beyond Russia and will last for decades.

The reshaping of the world order started well before the Ukraine crisis forced us all to confront it in the most brutal way. And the changed geopolitical geometry will last much longer than the war in Europe. Just like the geopolitical effects of the Second World War lasted for several decades after VE Day on the 8th of May 1945.