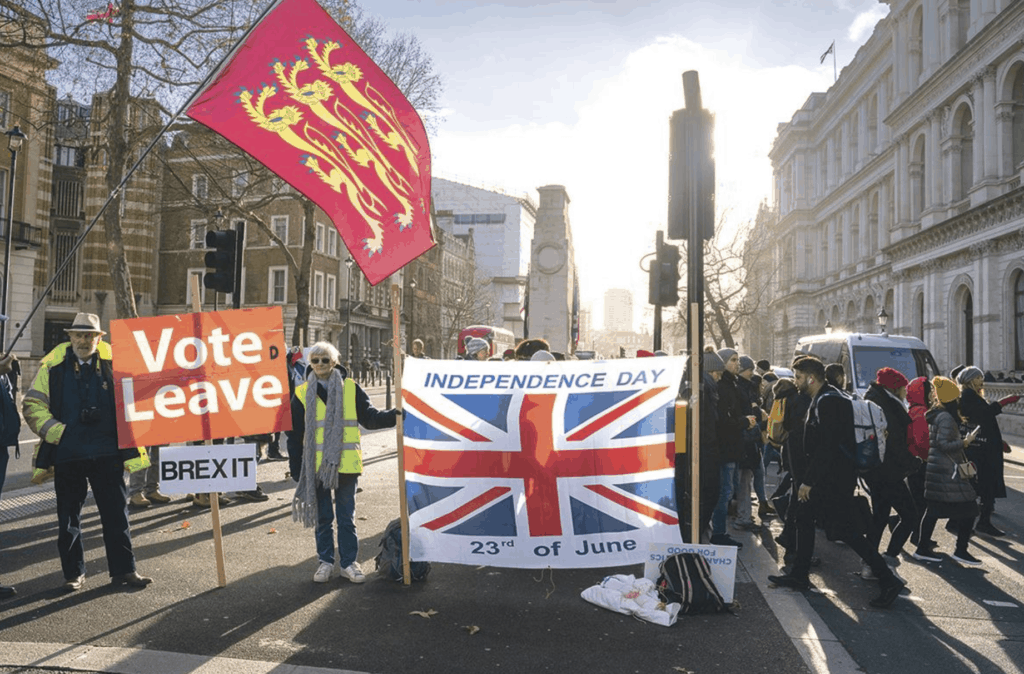 Three years ago, we published a book entitled The Death of Liberal Democracy? Many of our friends and acquaintances were shocked that we would even consider such a title. In spite of our deliberate question mark at the end, they were upset, sensitive souls that they are, that we could even hint that liberal democracy, that great achievement of Western civilisation, might die away.

Now, a mere three years later, they are shocked by something far worse – the fear that the death of liberal democracy might well be in sight. That someone, years or decades hence, might well be us­ing the title as a historical account – and without the question mark.

In a disconcertingly short period of time, liberal democracy and the principles upon which it rests have come under sustained attack. Not only by the rise and continued emboldening of authoritarian regimes around the world, but, more worryingly, by the erosion of democratic principles and behaviours in Europe – the cradle of democracy.

Malta finds itself in a crisis of democracy. It is not alone. The UK, the world’s most established parliamentary democracy, is living through a period where a prime minister illegally suspended Parliament and misled the head of State. It has just lived through an election where all decency and respect for truth were thrown out of the window. In Hungary and Po­land, democratic norms are be­ing systematically dismantled.

In the UK, many have argued that the problems arise from an unwritten constitution. Not so. Written constitutions have not prevented crises in other countries. The reality is that what makes a democracy work can only ever be partially codified. Because democracy is a state of mind, an attitude. Its codified set of rules and democratic institutions can only work if they are underpinned by leaders and politicians whose be­ha­viours res­pect the spirit of de­mocracy, not just its necessarily limited written codification.

Leaders who put their own ideological beliefs, and their own narcissism, ahead of respect for the spirit of democracy will always find ways around any kind of codification. They will call it ‘the will of the people’ – authoritarians’ favourite phrase.

Jonathan Swift wrote Gulliver’s Travels in 1726. Gulliver reported how the Lilliputians chose people to occupy public office: “They have more regard for good morals than for great abilities”. And this is where we have failed. We have developed a utilitarian outlook where the pursuit of economic growth and material prosperity trumps everything else. Even when such growth is highly unequal, when it increases poverty as much as it increases prosperity, when it comes at great environmental cost, or when it is pursued through shady and often illegal means, we simply close our eyes and revel in it. I’m alright Jack, so nothing else matters, we seem to be saying.

The other problem is the continued rise of highly partisan poli­tics – something in which Malta has excelled ever since I can remember. Whatever my party does must be supported (especially if it involves my own personal gain), however disreputable it might be. Whatever the others do is wrong and must be criticised and condemned. Of this, all sides are guilty. It gives cover to all manner of despicable behaviour be­cause ‘my guy’ can do no wrong.

Partisan politics soon be­comes a matter of identity. I well remember as a youngster in Malta that whenever my elder sisters announced they had a new boyfriend, my father’s first question was – who do they vote for? As though that was the only thing that mattered; that if they voted for ‘the other side’ they were automatically evil. If they were on ‘our side’ they must obviously be virtuous. Democracy struggles to function in such an environment.

What we have forgotten is that politics is primarily a moral occupation, not a managerial one. How­ever well a government manages the economy or manages the day-to-day, it is all for nothing if it has no moral compass. One small moral infraction, considered minor and ‘pragmatic’ – and therefore left unchallenged – inevitably leads to the next, and then the next, and then the next. Until we suddenly wake up to find ourselves in a place that we never wanted to be in.

That is the place that Malta, along with others, finds itself in today. The rage felt by those who have always opposed the government is understandable. Less understandable is the seeming lack of rage by those good people who supported the government in good faith and must now feel betrayed. Prime among them must be those government ministers who, with good intentions, lent their name to collective cabinet responsibility and must now feel that the carpet has been cruelly pulled from under their feet. Yet they continue to serve at the cost of having their own good character besmirched.

At the end of the day, it is we, the voters, who have the final choice. Going forward, will our choice of who we put in office be based on whether they happen to carry our party flag? On whether they will deliver economic growth at any cost with the ends therefore justifying the means? On whether having them in government increases our own personal chances of getting a government job or a government contract? Or be­cause the leader is charismatic and can sell us any kind of vision of a prosperous future?

Or will we follow the Lilliputians, who, it seems, were intellectual giants in spite of their small physical size, and pick and sustain our leaders on the basis of their moral integrity (as far as we can know it) and their in­grained respect for democratic norms – whether those are codified or not?

It’s our choice – and we will live with its consequences.

As we all ponder these questions, I leave you with a comment from D.H. Lawrence:

“Men fight for liberty and win it with hard knocks. Their children, brought up easy, let it slip away, poor fools. And their grandchildren are once more slaves.”