(This article was published by PharmaTimes) 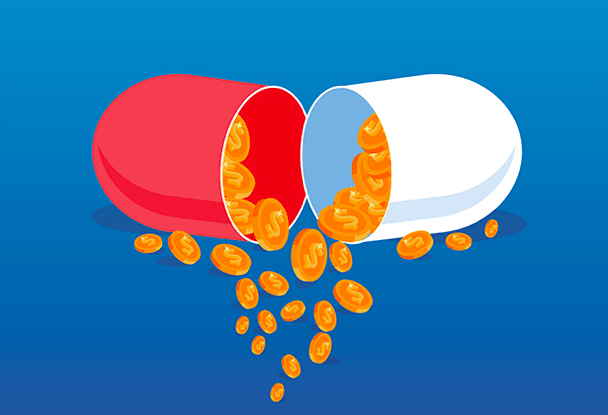 This article first appeared in PharmaTimes

Some months ago, I was speaking to the chairman of a major UK corporation. He told me that he had just come from a meeting with several other chairs at which they discussed the political climate. “We concluded,” he said, “that politics operates to quite a different logic to that we are used to. And, quite honestly, we just don’t understand it.” That’s quite a statement.

The company this particular individual chaired is one with high political exposure. Admitting, with his peers, that they just don’t understand political logic is, to put it mildly, somewhat bizarre. But it is not surprising.

When I spent many years working in the pharmaceutical business, I didn’t understand political logic either. And neither did many of my peers and superiors. Politics was often talked about as a mere irritation, that which got in the way of doing ‘proper business.’ The very word ‘political’ was often spat out in conversation with nothing short of disdain.

Now I spend my time mainly involved in the political field and can see both sides of this divide – a divide that seems as difficult to bridge today as it has always been.

In the pharma business, nowhere does the tension between business and political imperatives clash as in the field of pharmaceutical pricing – a field I was intimately involved in for over 15 years.

That was the period when pharmaceutical product pricing came into the political limelight as it had never done in the past. We developed new methods of determining and supporting prices for new products. Health economics and cost-benefit analyses, in spite of their many faults, took off and created a new dialogue between the industry and governments.

Although both sides were trying to achieve quite different objectives, the new type of conversation was constructive. It achieved some of the aims that each party was trying to achieve, and ushered in a positive period that prevented full-blown confrontation.

The pressures on healthcare budgets everywhere continue to increase. Politics has become much more fragmented, much more exposed, and much more subject to populist rhetoric – for which the pharma industry would make an easy target.
Previously dominant political parties are now being challenged on all sides by new insurgents. Social media has robbed everyone, companies and governments alike, of any kind of control over the public narrative.

All this has the effect of making politicians much more skittish. They are now more cautious about fudging issues and striking convenient deals for fear that they will most likely be exposed by their multiplying political opponents and unleash a social media firestorm.

The industry has also changed. New products are now more likely to target discrete patient groups meaning that a return on investment can only be achieved through low volume sales at high published prices. The sticker shock effect is heightened – as is its political impact.

Traditionally the industry has handled its political exposure in a few well-worn ways. Good relations with politicians were, in many countries, oiled by making political contributions. Heavy lobbying efforts were, by and large, successful. And the mobilisation of patient groups to pressure politicians to fund new therapies also bore fruit.

The above methods will still, to some extent, continue to be useful. But their effectiveness will slowly erode. Mainly because most of the population has now come to accept that not every medical innovation is going to be affordable.

The lack of UK funding for the cystic fibrosis drug Orkambi (lumacaftor/ivacaftor) in selected cystic fibrosis patients, for example, has gone over with no political backlash – a situation that would have been almost inconceivable ten or 15 years ago.

What of new methods?

For a couple of decades at least, the search has been on for new approaches to pharmaceutical pricing. Many creative people have been working hard to explore alternatives.

Outcome-based pricing has been talked about for as long as I can remember. While that approach might provide a modicum of respite, it’s unlikely to be a magic bullet.

First of all, the most severe (and most expensive) diseases are treated with multiple therapies. Trying to disentangle which part of the therapeutic cocktail is having which clinical effect will be challenging, to put it mildly. Secondly, outcomes-based pricing will result in less net revenue per treatment for pharmaceutical companies. This means that they will need to increase the price of successful treatments in order to maintain their returns.

Neither does it resolve the fundamental issue facing healthcare payers and providers: their budgets cannot accommodate the absolute costs of medical innovations, and not just drugs.

The rise of big data analytics has given many such new approaches fresh impetus. It’s early still. It remains to be seen how all that will play out. But it’s worth adding one word of caution: beware of trying to apply technical fixes to what are essentially political questions.

Several approaches could be tried. For instance, the NHS is an important collaborator in drug development for which it currently receives a fee for service. What if that relationship were changed so that the NHS became a true partner – sharing in both the risk and the returns from drug development? That would start aligning incentives.

What if the contractual relationship between pharma companies and the NHS were changed so that the bond between revenues and consumption were broken? The state of New York explored something similar in the energy market when they realised that reducing demand for energy was well-nigh impossible so long as energy companies made more money the more energy was consumed.

One step in this direction is what has come to be called ‘the Netflix model’, where payers and providers ‘subscribe’ to a pharma company’s product portfolio for a fixed monthly fee and can use as much of their products as they wish for that fixed fee. In an industry with high up-front R&D costs and low marginal costs of production, such a model has its attractions. There will doubtless be competition issues to be considered with such a model, but it goes in the right direction.

A hypothecated health tax might also serve to bring people together. By providing taxpayers with more transparency as what they were paying in health expenditures, the NHS and its suppliers would both have the same incentive to demonstrate, directly to the public, the relative value of different sorts of expenditures.

The future is political

In parallel to the various clever technical approaches being explored, it will therefore become ever more essential that companies develop new approaches that have political resonance.

The time for seeing politics as a mere irritation, or as something that we just don’t understand enough, is over. Those companies that build political expertise and ways of thinking into their very DNA will have a much higher likelihood of success.