Make no mistake, political branding is here to stay 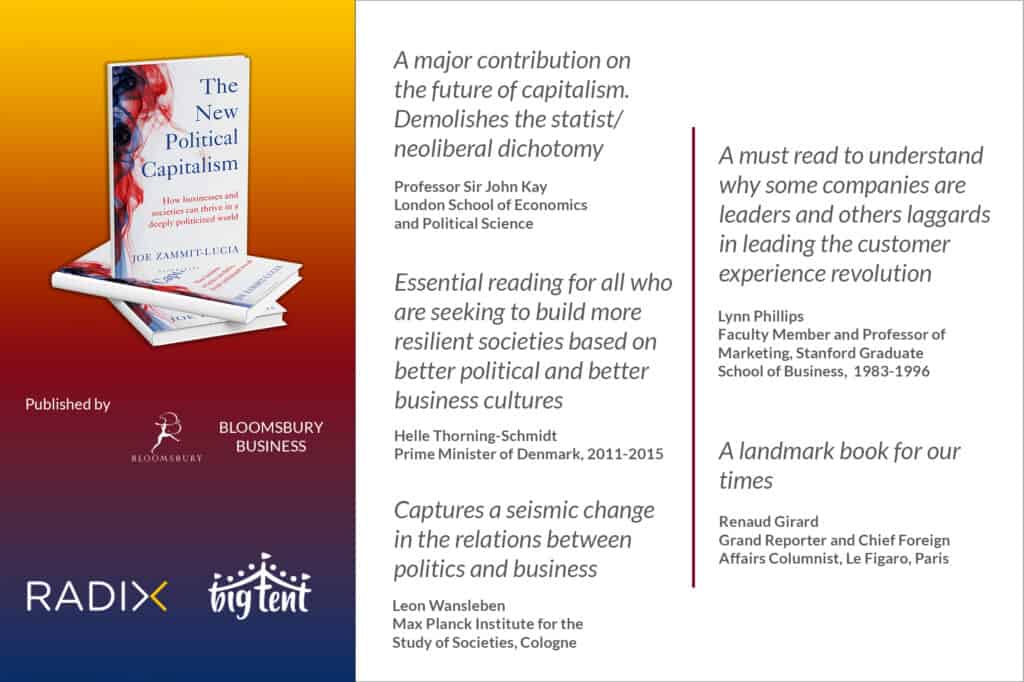 As more and more companies take the plunge into advertising with a political slant to it, Joe Zammit-Lucia argues that the changing nature of consumers means brands can no longer afford to stay apolitical.

Corporations have traditionally declared themselves to be ‘apolitical.’ Their job, they have claimed, is simply to generate profits and shareholder returns while operating within the law. This stance is increasingly untenable as political issues increasingly envelop corporate strategy and operations. From climate change and environmental damage to labour conditions in their supply chains. From diversity in their employment to the degree to which previous approaches to global operations remain viable in a world of increasing geopolitical tensions and national security concerns.

Some companies still seem to believe that abstention is the best option. Others are starting to embrace these issues as an integral part of what it means to do business in the 21st century. But a third group is going further. These corporations are realizing that, in an increasingly politicized world, embracing these political issues as part of their brands’ overall identity can yield advantages in a rapidly changing marketplace.

We are entering a new era of political capitalism. Rather than being mere ‘consumers’, groups of customers increasingly see themselves as citizens whose purchasing decisions are driven by the moral and political image they have of themselves and the type of society they wish to live in. Micheletti, Follesdal and Dietlind wrote in 2017:

“the market is once again politicized and a site of citizen action. Worried, conscientious people use the marketplace to vent their frustration, take responsibility concerning global injustices, and as a way of initiating discussions and standard-setting for global economic regulation.”

This is resulting in the emergence of what has been described as a ‘moralised brandscape’ where moral and political values form part of the layers of meaning attached to individual brands – be they product brands or corporate brands.

For corporations and their brands, the choice is whether they can take active control of which political and moral meanings are attached to them – and develop the capabilities to do so. Or whether such meanings will become attached to them from the outside through the work of activists, the mainstream media or the uncontrollable, chaotic chatter on social media.

Different brands will inevitably take different approaches – and are already doing so – with inevitably varying levels of impact and credibility.

Nike decided to plunge into the Black Lives Matter (BLM) movement with a series of ads featuring NFL player Colin Kaepernick. Nike is no stranger to political controversy having suffered significant criticisms of labour conditions in its supply chain in the 1990s. In 2018 the company took the initiative to make support for the BLM movement part of the core meaning of its brand and, unusually, using a sports personality for his political meaning rather than his athletic prowess.

As with all political issues, the campaign was met with enthusiastic support from some and visceral condemnation from others. Some painted Nike’s campaign as hypocritical – a company jumping on a bandwagon for short term commercial gain rather than being reflective of the company’s core values. Others welcomed the campaign as important civic activism.

Protesting against President Trump’s disregard for environmental issues and attempted scaling back of protection for natural spaces, in 2017 its website proclaimed: “The President Stole Your Land.” During the 2020 elections, the company put out a line of shorts with a small tag saying: “Vote the assholes out”. The shorts sold out in no time.

But maybe no brand has used political advertising as aggressively to define its core brand meaning than Benetton. Competing in what is an almost commodity market of high street apparel where brand differentiation is challenging, Benetton’s social justice campaign ran for many years using visually arresting and emotionally charged imagery that ranged from a nun kissing a priest to an African guerrilla holding a Kalashnikov rifle and a human leg bone. Their product line was never mentioned or referred to in the campaigns. Only the Benetton logo appeared.

The campaigns were met with endless controversy and condemnation from many quarters. All of which served to amplify awareness both of the brand and its social messaging. The campaigns created an image of a company that was edgy, contemporary, unconventional, not afraid of controversy. The more the mainstream complained, the more its relatively young customer base felt empowered.

Not many brands will have either the skills or the chutzpah to do a Benetton. But as the world becomes ever more politicised, brands will increasingly need to explore how to handle the political meanings attached to them. Political advertising is here to stay – and increase. Managing it all well requires the development of new skills sets and the ability to view the world as something other than one full of mere consumers.