Liberalism is not dead, but it is far sicker than you realise 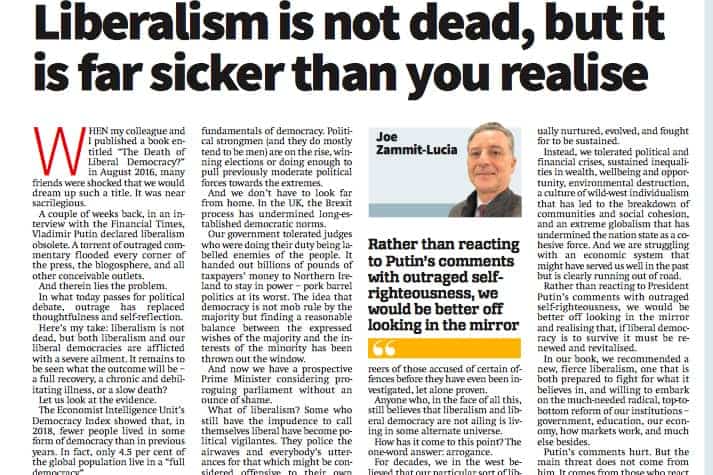 This article was first published in CityAM

When my colleague and I published a book entitled “The Death of Liberal Democracy?” in August 2016, many friends were shocked that we would dream up such a title. It was near sacrilegious.

A couple of weeks back, in an interview with the Financial Times, Vladimir Putin declared liberalism obsolete. A torrent of outraged commentary flooded every corner of the press, the blogosphere, and all other conceivable outlets.

And therein lies the problem.

In what today passes for political debate, outrage has replaced thoughtfulness and self-reflection….