Is Europe headed towards its equivalent of the Cuban missile crisis? 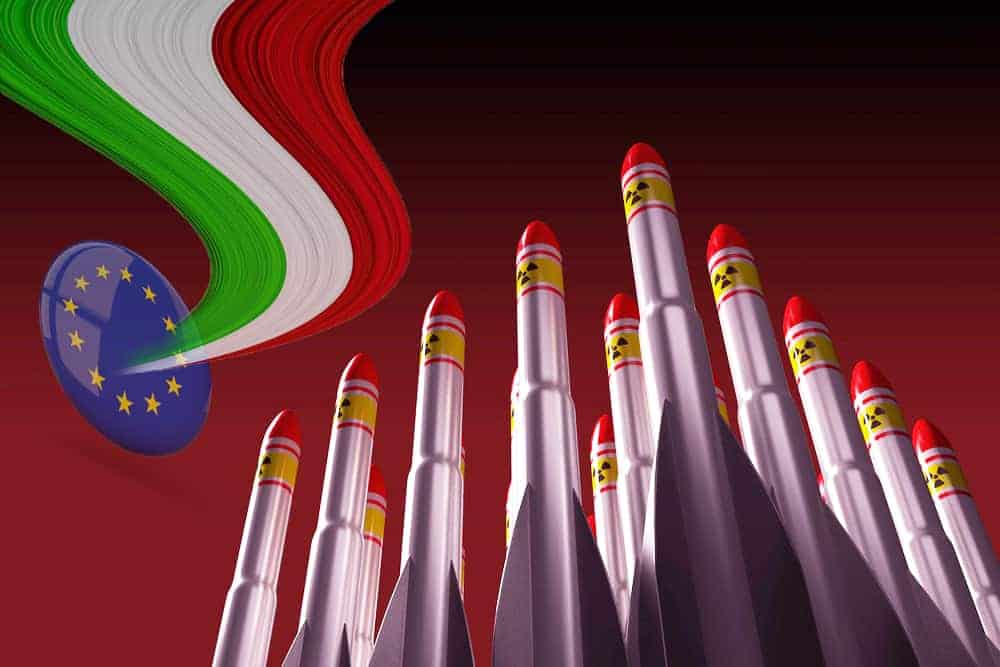 This article was first published in the Times of Malta

The Rome-Brussels standoff over the Italian budget plans could not come at a worse time for the EU. With challenges that range from Brexit to a more muscular US administration; from defiance by Polish and Hungarian governments to the seemingly insoluble immigration debate; from the political weakening of Angela Merkel and the unpredictable timetable for her departure to the precipitous fall in domestic support for self-declared ‘pro-European’ Emmanuel Macron, this is not what one would have hoped for in the run-up to the European Parliamentary elections in May.

The stand-off with Italy puts the European Commission in a difficult position. The proposed budget deficit of 2.4% of GDP for the coming year falls below the 3% threshold allowed under the rules. France is itself proposing a deficit of 2.8% of GDP next year and its budget has not been rejected by the Commission. What makes the Italian case more difficult is the context. Italy has one of the highest debt burdens in the Eurozone (second only to Greece) and the growth projections contained in its budget are not considered credible.

Yet, it is also true that no country can meaningfully reduce its debt burden (as a percentage of GDP) through spending cuts alone. There is also the need for GDP growth to outstrip debt growth sustainably enough to lead to a sustained fall in the debt burden.

And here is where Europe is falling short. Because there does not seem to be a credible set of European policies that are able to produce sustained growth across the Eurozone and beyond. In fact, the Eurozone only survived the Euro crisis through the European Central Bank’s (ECB) quantitative easing programme that printed enough money to sustain the Eurozone economy. While the programme arguably saved the Eurozone from collapse, it is hated by the Germans who see it as an indulgence of those countries that fail to maintain fiscal discipline. They may have a point. But what this does point out is the difficulty, and possibly the unsustainability, of a one size fits all single currency structure – that which the current Italian government is pushing against.

It also shows another perverse effect of the Euro – rising yields (ie. higher interest rates payable) on Italian government bonds. Yields usually fall when growth slows in developed markets with their own currency, thereby providing a cushion. Not so in the Eurozone. Eurozone countries instead get caught in the death spiral of falling growth and rising borrowing costs out of which there is no obvious short term exit other than the infliction of years or decades of terrible hardship on the population.

Even when growth in the headline numbers is achieved, the population at large is seeing very little benefit. Spain has shown significant recovery from the crisis years and its GDP growth has outstripped that in France. But wages have remained stagnant since most of the growth is coming from exports by large, usually multinational, companies that would rather distribute their good fortune to shareholders than to employees. The average Spaniard hasn’t felt any meaningful recovery.

This state of affairs puts Europe in great peril – and the Italian government seems determined to explore the political opportunities that it might bring.

One of the Commission’s arguments is that the proposed budget breaks Italy’s previous budget commitments and reverses some of the reforms previously agreed. Yet, the current government could reasonably argue that those commitments were tested at the ballot box. The previous government was thrown out on its ear – a reasonable proxy for a rejection of its policies by the population. If the Commission again insists that previous commitments are more important than the results of democratic elections and referenda, as it explicitly did during the Greek crisis, it puts in danger the credibility of a Europe founded on democratic principles. This would not only shake the very foundations of the Union, it would also be a political gift to the many Eurosceptics waiting in the wings as well as those Member States with governments whose democratic credentials are less than perfect.

Neither does it help that the Commission has ignored the rules before and remains idle in challenging Germany’s rule-breaking, sustained, excessive surplus with its de-stabilising effect on the Eurozone.

It remains to be seen how the EC-Italy tug-of-war develops. The Italian government is no doubt betting that, in spite of the posturing, Europe cannot afford, or even risk getting close to, an Italian collapse. It is also betting that it can funnel any anger at hardships suffered by its population directly towards Europe rather than either ‘the markets’ (hard to be angry at something quite so disembodied) or the policies that the government was elected to implement.

The reality is that if Europe is to survive, then European level policy must shift its focus from a purely bean-counting approach to budgeting to coming up with credible policies and actions that stimulate sustainable growth. That will require what is currently impossible – largely due to German resistance – greater solidarity across Europe in terms of risk sharing and fiscal transfers.

During the Greek crisis, Greece was eventually brought to heel only when the ECB threatened to withhold liquidity from its failing banks. It would be a brave, or maybe reckless, Europe that pushes an economy the size of Italy, and with its current government, to that brink.

At the time of the Greek crisis I wrote that Europe was, once again, at war. A war fought with money and financial instruments rather than tanks and aircraft; but a war nevertheless. Maintaining the same analogy, taking Italy to the brink could well be Europe’s equivalent of the Cuban missile crisis. It is best not to get to that point, though, as always, how to find a way out before it gets really bad is not at all clear.