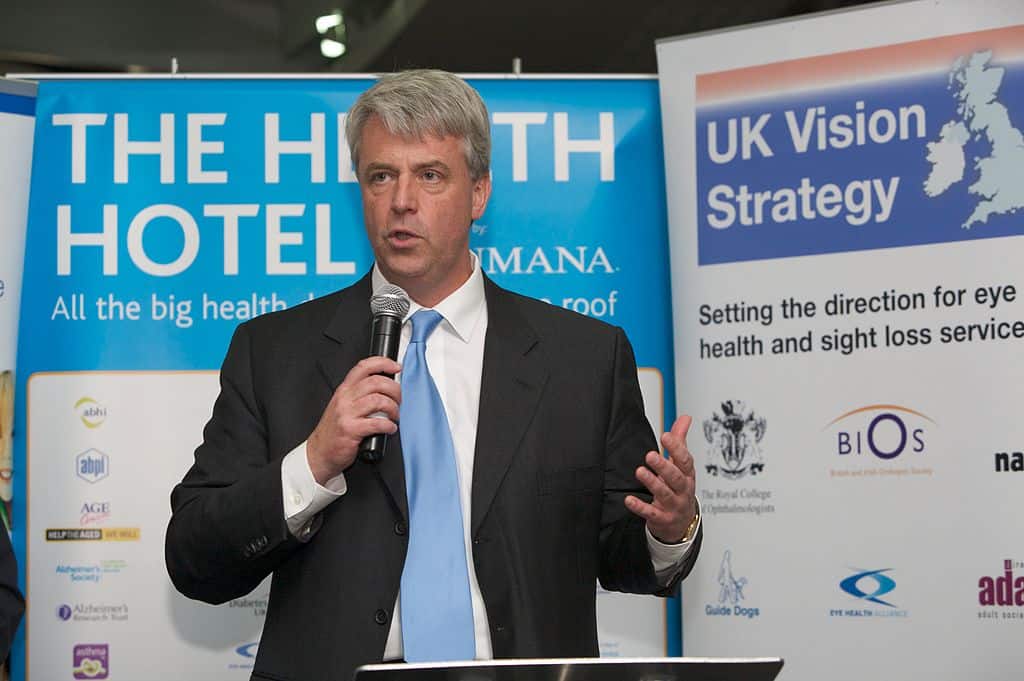 This article first appeared in the Guardian…

As the former Health Secretary responsible for the 2012 Health and Social Care Act, I believe I speak with some experience when I say that structural reorganisation of the NHS is not a task on which to embark lightly, let alone gratuitously.

Britain is in the midst of a health crisis unparalleled in living memory. Doctors and nurses and all our NHS workers have rightly been lauded for their selfless service during this difficult time, for which some have very sadly given their lives.

And yet our admiration for our health professionals, must not lead to the ossification

of the institution of the NHS. We need to be open to learning the lessons of the Covid pandemic, for good and for ill and, if necessary, consider further reforms to improve the quality of the health and social care system.

In April, I was involved in a webinar – organised by Radix, the radical centre think tank of which I am proud to be a board member – to discuss what we had at that stage learned about the NHS from the response to the pandemic. Alongside me were two recent leaders of NHS Foundation Trusts, politicians form other political parties, and leading health professionals.  Many others involved in various different aspects of the health service were also on the call.

Eschewing the temptation to make direct international comparisons, it was clear even at that early stage, that Britain was not performing well in terms of controlling the virus and saving lives.   Yet not one of those involved in the call concluded that a lack of central political control of the NHS lay at the root of the difficulties.  Indeed, it was central Government that was in charge of the decisions on lockdown, on PPE procurement and on testing, where the delays impacted most.

The lesson of the pandemic response in England is not that there is a lack of central control, but too much of it: further decentralisation rather centralisation is the way forward.  During the pandemic, doctors and nurses and care workers have moved mountains to keep people safe, but time and again despite, not because of, central interventions.  Health professionals on the ground in doctors’ surgeries, hospitals and care homes have been offering up local solutions on procedures and procurement, on testing and the transfer of patients, which have been constantly ignored or overruled by central institutions – the DHSC, NHS England and PHE – creating problems for the future.

In contrast, within days of the pandemic hitting the country, bureaucracy and numerous tickbox targets, which had been key centralising management tools within the health service, were swept away, with astounded doctors announcing that decisions that had previously taken months or even years were now being made in “the time it takes to boil a kettle.”  One doctor was told by managers that this was because NHS staff were “adults, who could be trusted to make the right decisions,” but if they were adults during the pandemic, they were before and will remain so afterwards.  Taking that power back to the centre would be a retrograde step.

What has become transparent is that, whatever decisions were taken once Covid hit, our centralising approach to health and wellbeing in this country had diminished individual responsibility and has played a key part in determining our poor health outcomes.  In part this is a failure to tackle social issues such as poor housing, education and deprivation at a local level.   In part, put bluntly, it was because British people are just too unhealthy and take too little responsibility for their own health.

Neither is terribly surprising with a health service which has focussed on doing things to patients not with them.  As I said as Secretary of State, the principle should be “no decision about me, without me” and yet, as the Cumberlege Review last week made painfully clear patients are still not listened to.

None of these problems will be addressed by taking yet more power to the DHSC, which is surely more about assigning blame than finding solutions.

I don’t pretend that we got everything right in the 2012 Act, but the direction of travel was clear.  It freed up NHS England‘s to draw up its five-year forward view in 2014, which enjoyed widespread support, and to be more ambitious in its’ ten-year plan last year; the support for these was based not least on the fact that they were not ‘political’, but the plans of the NHS itself.

Poor population health in the UK and the lack of capacity in social care are among the principal external factors hindering the NHS.  But these are a result of a chronic failure to give autonomy and cash to local governments (as enabled under the 2012 Act) to address the underlying public health issues.  This meant that the pandemic response failed to take account of different local circumstances, for example to build on local resources to get testing up and running or deliver behaviourial messages effectively via local community leaders and groups.

The powers to implement further reform are already in statute or available through regulation. Examples, like that in Manchester, show that decentralised decision-making can be established using those powers and such models should be extended elsewhere. If NHS England, the Clinical commissioners and local government work together, they have all the powers they need. It doesn’t require further changes to Foundation Trusts or to undermine the Clinical Commissioning Groups. Integrated care can be delivered where these work together.

The key to lasting positive change in any case is not structures but cultures: ensuring that the voices of patients are heard, that their advocates including general practitioners are empowered to act and that clinicians and local communities are able to use the powers they have under statute to respond to local need.

Following on from that April seminar, Radix has today published its own prescription to improve the health and wellbeing of the country, building on the lessons of Covid.  It is called “Localise, Equalise and Untick” and seeks to do what it says on the tin.

It would be a travesty if, just as the NHS gets the money it needs to transform towards a digital, innovative, outcomes-directed, patient-focused future, central government misrepresents the lessons of Covid in an attempt to shift blame and seize back central control.  Instead, give the NHS and local government the tools and they can deliver the job.

Andrew Lansley was Secretary of State for Health from 2010-12 and is a Board member of Radix think tank www.radixuk.org

The Rt Hon Lord Lansley of Orwell is a Radix trustee and board member. He served as Conservative MP for South Cambridgeshire from 1997-2015. For thirteen years he was a member of the Cabinet or Shadow Cabinet. In the Cabinet, he served as Secretary of State for Health and as Leader of the House of Commons and Lord Privy Seal in which role he led the implementation of the government’s legislative programme. He served on several parliamentary select committees including Trade and Industry, Health, the Puttnam Commission (scrutinising the draft Communications Bill) and various standing committees including the Water Bill, the Competition Bill and the Enterprise Bill.