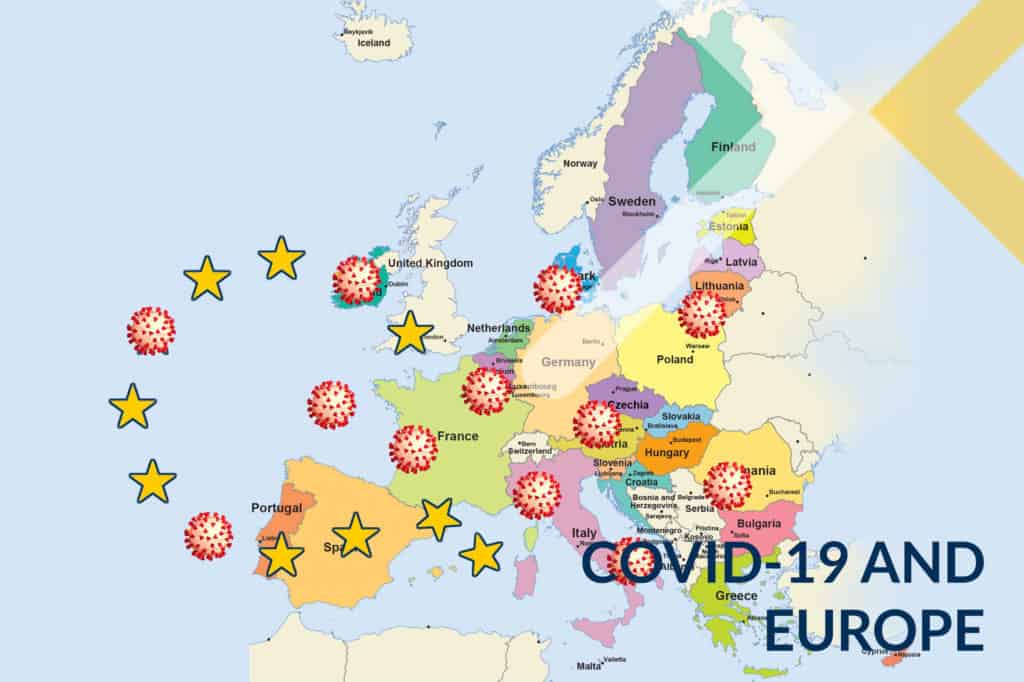 “One of the greatest tragedies of life is the murder of a beautiful theory by a gang of brutal facts,” said Benjamin Franklin.

As we observe the seemingly inexorable havoc caused by the coronavirus pandemic, many voices have been heard about what it all means for the European Union, for the health and safety of citizens and for the responses to the human and economic damage that will be wrought.

If we are to learn from this tragic crisis, it is important to distinguish between what we can see going on with our own eyes and the wishful thinking that seems to be emerging from many quarters. Commentary that reflects what some think should be happening rather than what is actually happening.

Let us start with the brutal facts.

As soon as the pandemic struck Europe, national borders were shut. Every country’s government looked inward. Quite reasonably, their priority was to protect their own citizens – those who had elected them to do so, for whom they would have to provide services and support, and whose tax money they were going to have to spend in vast amounts.

Entreaties from some for pan-European co-operation and solidarity seemed to be no more than whistling in the wind. In Italy and elsewhere, acts of encouragement and solidarity included singing the national anthem – not Ode to Joy.

If ever one needed evidence that, culturally and emotionally, Europe remains a collection of nation-states and communities defined by national identities, here it was for everyone to see with their own eyes, hear with their own ears, and read about on their own screens.

Accepting this reality is vital for Europe’s future. There is no point in living in an alternate universe that only very few actually inhabit.

Unsurprisingly, the first institution to act on a transnational basis has been the European Central Bank

The process of cultural and emotional integration on which true solidarity is built is a multi-generational one. Nothing risks blowing Europe apart more than living in the delusion that we are already there – and then acting as if we were. The risk is to believe that the technocratic Europe of single markets, Brussels directives, the Euro, and all the rest is the same thing as a unified Europe of the heart and soul.

Unsurprisingly, the first institution to act on a transnational basis has been the European Central Bank. Its mandate spans 19 out of the 27 EU member states. The initial response from the ECB has narrowed bond spreads across the Eurozone – this is essential for countries like Italy. As the crisis runs its prolonged course, that will not be nearly enough. Much, much more will be needed.

Yet, even this initial relatively modest response revealed the usual North-South fractures within the governing council. Again, this is hardly surprising.

Nominally, Germany is owed some one trillion Euros under the Target2 system. Everyone knows that those monies will never be repaid. Yet this has never been explicitly stated and the myth of repayment continues to be propagated.

And herein lies the second lesson for Europe. There is no future if Europe is dependent on the continued deception of ordinary citizens.

These initial cracks could grow wider as individual member states face ever-growing pressures. There is still resistance to risk-sharing, renewed talk of ‘bail-ins’ that would wipe out ordinary people’s savings – as though the financial impact of the pandemic on households were not enough – and a revival of the technocratic language used during the last crisis. But, even leaving the size of Italy aside, Europe is unlikely to survive a replay of the hardships inflicted on the Greek people during that Eurozone crisis.

The danger is that increasing demands for ‘a European response’ will raise expectations of what the EU can reasonably do to a point where they will far outstrip the bloc’s institutional capabilities. If that happens, the inevitable disappointment that follows could have negative consequences for Europe’s future.

It is interesting to note that the first ‘European’ action has been to suspend rules on national debt and spending. Cynics will see this as evidence that Euro rules, through their one-size-fits-all inflexibility, hinder rather than help national governments. It remains to be seen whether current discussions to mobilise fiscal firepower across the bloc will succeed or whether Northern fiscal hawks will water them down and make them largely ineffectual.

It is vital that European institutions are clear and honest with all citizens as to the extent to which this is a crisis to be dealt with at national level and where European institutions can step in and support national governments rather than act as their master. It is essential to be crystal clear about limitations as well as possibilities. And to declare that no political pressures will be applied to limit the ECB’s freedom of action.

If Europe is to exit this crisis strengthened rather than weakened, the EU should heed the mantra of many in the business world – under-promise and over-deliver. The alternative could be catastrophic.