A plea for European atlanticism

(This article was published by Low Europe)

Angels and demons. Heroes and villains.

These themes have formed the basis of endless fiction stories and Hollywood movies. They have charmed and enchanted us for centuries. But these seductive narratives are best left where they truly belong – in the world of fiction. They become dangerous when they infect the world of realpolitik. And particularly so since we are all fully capable of deluding ourselves that we are the ones who are on the side of the angels.

Europe has become infected with such a delusion. As a result, it risks committing a historic mistake – undermining the transatlantic relationship. Europe now seems in danger of starting to believe its own fable – that it is the hero defending a rules-based world order against a villainous President Trump.

Europe should look in the mirror

For decades the large majority of European countries have disdained their obligation, within NATO, to contribute two percent of GDP to national defence. Successive US administrations have looked the other way and, still today, guarantee European defence and security with US tax dollars and shared intelligence.

When it comes to trade, in spite of its rhetoric surrounding open trade, Germany is second only to China in implementing restrictive trade practices, according to an analysis by Global Trade Alert. Both Germany and the Netherlands have consistently broken EU trade balance rules while the Commission has stood idly by.

For Europe to attempt to take the moral high ground by wrapping itself in the blanket of a rules-based order will strike many as hypocritical at best.

The post-war world order is over

It is untrue that President Trump is destroying the post-war world order. That order is over – Trump or no Trump. The rules that underpinned it were designed for a multilateral world steered and guaranteed by US hegemonic power – just like the world-order that went before it was steered and guaranteed by British imperial might. Today, there is no hegemonic power that can act as a guarantor of world order. Rather the world is coalescing around three blocs: the US, China and the EU with their respective spheres of influence (a fourth bloc – Russia, Iran, Turkey – might yet emerge). Since the 1980s it has been clear that such a world is more likely to lead to competition between blocs rather than a co-operation guaranteed by the iron hand of one single hegemon. The negative consequences of such competition are potentially severe.

As we enter this delicate period, Europe and the US are obvious allies and partners. In spite of differences, both in style and substance, with specific administrations and inevitable disagreements from time to time, we continue to have much in common in terms of values and world views. The transatlantic alliance remains a vital bulwark of democracy and shared interests across the globe. It also remains vital to underpinning the success of the European project.

It is therefore disappointing to see leading EU figures adopt an anti-American rhetoric in the same style as the divisive nationalist rhetoric that they condemn when it comes out of the mouth of politicians in their own Member States and is directed at the EU. A rhetoric that focuses on difference and division rather than commonalities and shared values. Have populist tactics finally infected Brussels one has to wonder?

A perilous moment for Europe

Europe finds itself in a perilous moment. Divisions are there for all to see. It is losing one of its most important and globally influential Member States. In spite of protestations to the contrary, that matters. Eurosceptic parties are gaining ground in Member State governments and seem ever-more determined to stand up to the Brussels consensus. China’s Belt and Road initiative and the promise of investment at a time of shrinking EU budgets act as a siren song to some – particularly in Eastern Europe. Europe remains unable to guarantee its own defence and security. An increasingly unstable Middle East lies on its doorstep. Two and a half million refugees await in Turkey; a number that could unleash chaos in Europe if Turkey were to allow passage to Greece for even a fraction of them. The EU is trying that which has never been done before – projecting power without any credible military capability. It is not clear whether it can succeed.

Given these realities, the last thing that Europe can afford is a severe transatlantic rift that may well fatally wound the European project.

There is little doubt that President Trump’s actions over Iran and EU-US trade are provocative. The question is: how best to react?

As regards trade, we should all start by accepting that large, unidirectional trade imbalances are unsustainable. They are ultimately corrosive – politically, socially and economically. The Trump administration’s approach of slapping unilateral tariffs is flawed. It is unlikely to work and may be counter-productive. But, as we have seen with China-US discussions, it may be possible to start to work on joint approaches if Europe were to accept the principle of trying to reduce trade imbalances – difficult though that will be to achieve. Europe’s current position of trying to maintain its positive balance by hiding behind ‘the rules’ is neither credible, nor sustainable, nor fair. Should we really not only be asking the American taxpayer not only to keep funding our defence and security but also a widening trade imbalance?

In an ideal world, the US, China and the EU would enter a tripartite discussion on how to re-cast international trade rules so that they are fit for a twenty-first century world.

Iran represents the more difficult issue. Europe can ill afford further escalation in the Middle East. But it is not clear that a rift with the US will do much to guarantee peace in the region. The German government’s call for a cautious response seems more sensible than the European Commission’s rush, seemingly encouraged by France, to implement age-old ‘blocking statutes’ that will escalate the conflict while having little or no practical effect.

We Europeans should think long and hard about the consequences of a break with America. It is worth remembering that Europe as we know it today would not exist were it not for America (and Britain). And in what will inevitably be a more unstable and unpredictable world, a strong transatlantic alliance will remain crucial to European interests for many decades to come – irrespective of any short-term disagreements. 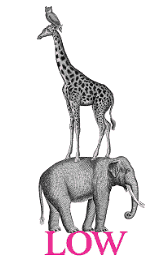