Working Late: the importance of older women to our economy 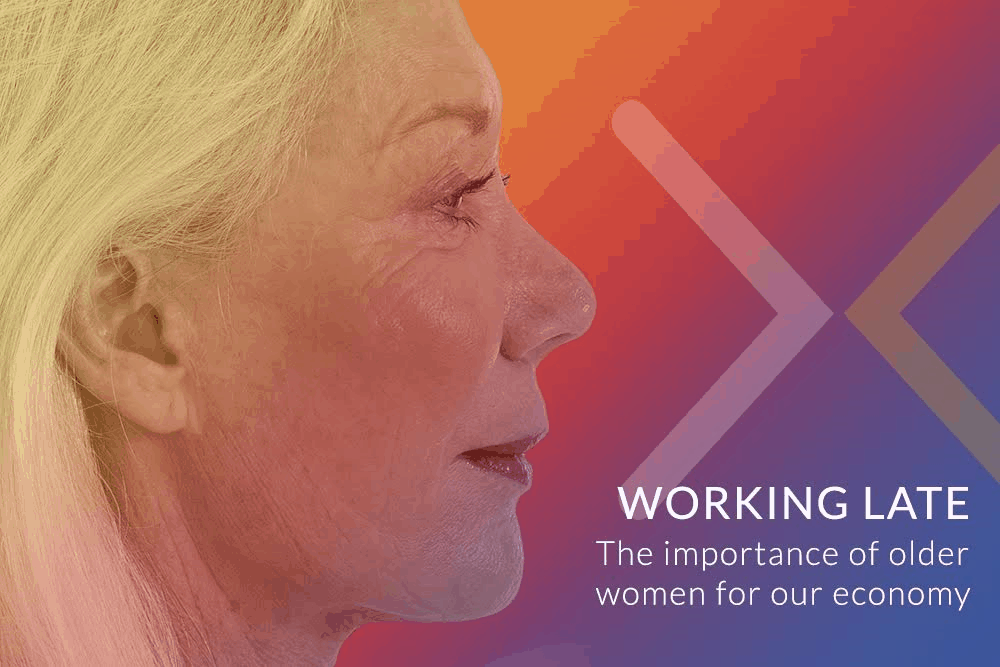 In the United Kingdom, the gap between the pay of men and women in the workforce has theoretically never been smaller. For full-time workers across the UK, it is 9.4%. When one examines the historical realities of what the current crop of older women faced when they entered the workforce – rampant sexism, a huge and widely accepted gender pay gap, the likelihood of women being stay-at-home parents combined with having children earlier in life – the situation has improved vastly over the last several decades

Yet beyond the fact that almost 10% is still too large a gap, this still doesn’t get to the real gender pay gap. Women are disproportionally more likely to work part-time jobs in comparison to men – 41% of women in work do so part-time, as opposed to only 11% of men who do the same. As a result, when one examines the amount of total wealth earned by men as opposed to women in the economy, you arrive at an almost 2-1 ratio – 66% of total wages in the UK go to men as opposed to 34% to women

This gets worse as people get older. When you examine the total wealth earned by workers over the age of 60, the gap rises to 68-32. That may not seem like a huge increase in the size of the gap as the population ages, which is a fair enough point. However, these figures tell us something else: with the real pay gap between men and women being large across the whole of the population, this problem isn’t a temporal one that will simply take care of itself. And the problems older women face in the workforce are set to become a huge societal issue if solutions are not found for the problems as they currently exist.

The chief reason for this is the gradual rising of the pension age that is underway already. Once upon a time, not so long ago, men retired (and qualified for the state pension) at the age of 65; women qualified for this when they hit 60. The effective retirement age for women is now 63, set to rise to 65 over the next couple of years – and from there go up to 68 at some point in the next ten to fifteen years (depending on several factors). We as a society are set to ask women to work for an extra eight years compared to the end of the 20th century, without stopping to ask where those jobs are going to come from – or what they will be

Unless these issues are thought about in detail, the next two decades could present us with major challenges. Thankfully, there are solutions that can begin to be implemented immediately. They boil down to seven suggestions to fix the problem

It is the contention of this paper that these seven policies would greatly increase both employment opportunities for older women and well as the quality of the jobs in question. And this is important not just for the women in question, but for the economy as a whole. For instance, if women over 50 simply had made as much as men over the same age did during 2015, the economy would have been blessed with an additional 50 billion pounds in that year. This would have resulted in around £9.5 billion extra to the Treasury every year. This before you get into the cost to the Treasury of lower incomes for older female workers, such as poorer health outcomes (thus more burden on the NHS) and less pension accrual by older women (thus the state makes up the shortfall).

67% of men over 65 are in what would be considered highly-skilled jobs. Only 36% of older women have jobs that could be categorised in the same way The problems facing older women in the workforce are everyone’s problem and they should be corrected – particularly as there are policy solutions available