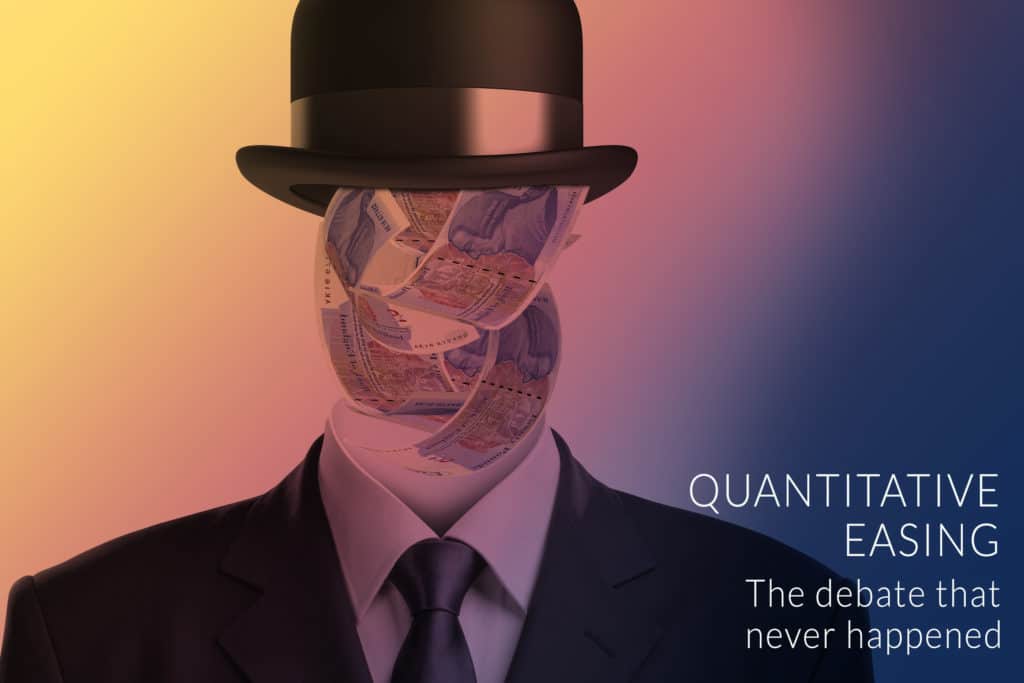 Quantitative Easing has enriched the wealthy at the expense of the poor. What does this mean for Central Bank independence and political accountability?

We calculate that, as a result of the Bank of England’s Quantitative Easing (QE) Programme, a typical, relatively wealthy family with multiple properties and a portfolio of securities investments has been enriched by around £500,000. A poor family on low wages and with no savings has, on the other hand, received no direct financial benefit. Over the period they have been made relatively poorer as the price of basic goods such as food and fuel has increased. In addition, QE has further unbalanced the UK economy by increasing its reliance on financial services and property assets and by further enhancing regional wealth disparities.

QE was implemented at a time of financial crisis and was intended to stimulate investment in the real economy. Whether that has happened or not is debatable. However, we believe that there were alternative ways to stimulate the economy that would have not been as regressive as the QE program as implemented. Given the social and economic impact of QE on different households and that most of the gains accumulated to the wealthy, we believe that such decisions are properly political not technocratic. Monetary policy decisions should rest with the elected government of the day and be subject to political accountability. Such decisions with heavy political implications should not be delegated to unaccountable technocrats.

As professor John Kay puts it in the Foreword to the paper:

“There is merit in delegating the analysis of complex questions to qualified experts: but in the end politicians have, and should have, responsibility for the outcomes…[this paper] raises fundamental issues about both the effectiveness and legitimacy of a policy which has been central to the economic strategy of all governing parties over the last seven years, but which has not been central to political debate.”

In light of the political implications of QE, our work is intended to start a debate about the following questions:

We believe that these questions have not been adequately debated. Central bank independence has been taken as unquestioningly reasonable even though it is the small minority of central banks worldwide that function outside of political control and even though central bank actions have, in the past, been used to bring down legitimately elected governments. In the UK, the granting of central bank independence was itself, a political act designed as part of New Labour’s positioning strategy under Tony Blair and Gordon Brown.

We believe that it is time to have a full debate about the compatibility of central bank independence with a functioning democracy. We recommend that government, not the Bank of England, must have ultimate control of monetary policy and be politically accountable for the chosen policy. Given the need for technical input into such decisions, we suggest a process of transparent plurality whereby government conducts a process through which different expert bodies can input into policymaking. This needs to be done in a way that is open, transparent and intelligible to the voting public. In today’s world, there should be no room for the “atmosphere of mystery, even awe, about the activities of Central Banks.”