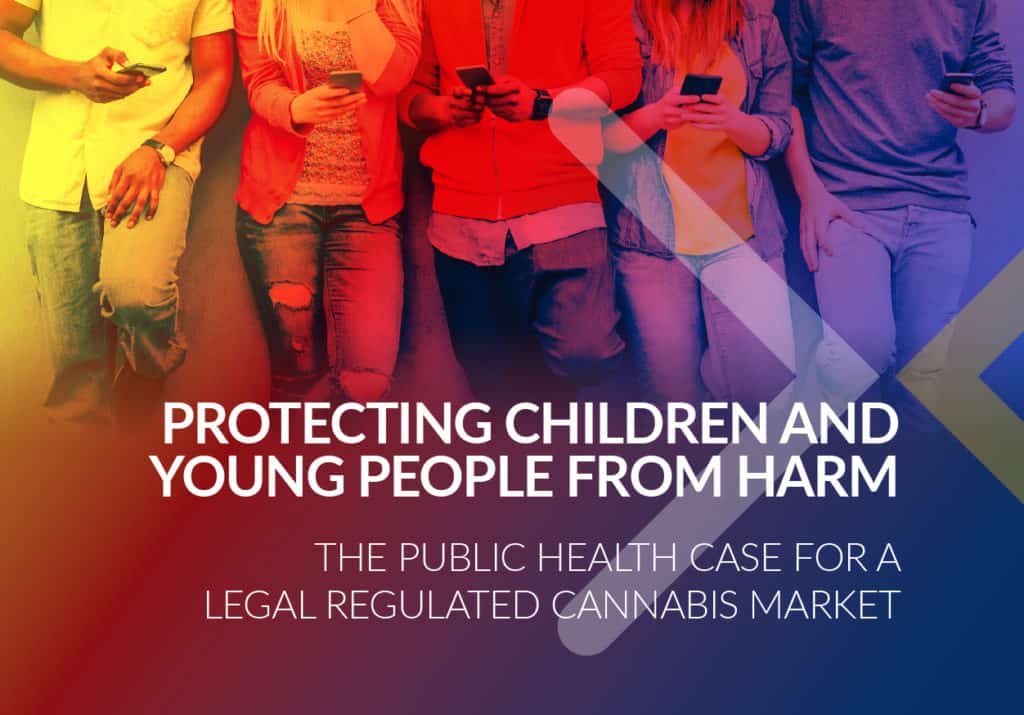 Last year, 1584 children were unnecessarily dragged through the courts for possession of cannabis, with four out of five being found guilty, resulting in criminal records that will haunt them for their whole lives.

This is a key finding of research published today by RADIX, the think tank for the radical centre, in conjunction with drugs advocacy organisation, Volteface, in support of a paper by Sir Norman Lamb MP, former Health Minister, which calls for cannabis to be legalised.

Lamb produces evidence that a legal, regulated cannabis market for the UK would lead to reduced use by teenagers, safer products of reduced potency and the breaking of the link to other illegal drugs.

He says it has the potential to generate £1 billion in tax revenues for the NHS, schools and the police, as well as funding public information about the risks of drug use and diverting money away from organised crime.

In the Radix paper, entitled “Protecting Children and Young People from Harm – the public health case for a legal regulated cannabis market”, Lamb argues that that we have a “duty to consider reform because of the harm caused by the criminal market”, harm which he says “puts young people in particular at risk.  Not to act would be an abdication of responsibility,” he concludes.

“Our current approach to cannabis has failed. Children are finding it easy to access the drug on the illegal market, leaving them at risk of criminalisation and mental health issues.  This is a child protection issue. To prevent children smoking cannabis, we need to dismantle the black market, through creating a highly regulated legal market for adults”.

“As RADIX’s paper rightly outlines, the UK’s barometer of success must include how well are we protecting young people.  It is beyond doubt that our cannabis policies are failing to do this and it is time for all political parties to come together and seriously consider alternative approaches and overseas experience.”

The paper reveals Government statistics that fourteen million people in the UK have used cannabis, one quarter of the entire adult population, with 2.4 million individuals having used cannabis in the past year alone, suggesting that current legal deterrents are not working.

Furthermore, it highlights evidence of the increased potency of the cannabis available on the criminal market, which poses a significant risk to young people’s mental health.  He also reveals a direct link between the illegal drugs market and extreme violence with children being pressed into service as ‘county lines’ couriers for criminal gangs.  Lamb reveals that such gangs make upwards of £3 billion every year and accuses the Government of negligence, “enriching and sustaining criminal networks”.

Lamb also points out that, despite the decision to legalise medicinal cannabis, in practice access remains incredibly restricted, while at the same time over 40 million opioids were prescribed in 2017 leading to around 2,000 deaths from opioid related overdoses.  Commenting on the launch of his paper Lamb says: “If we are concerned about protecting children from harm, we have to act.  The evidence is clear that legislation, regulation and education not only reduce cannabis use but also the violence and crime to which it is linked.  By persisting with prohibition, the Government directly puts young people at risk.”

“We have to find a way as a nation of considering emotive public policy issues rationally, on the basis of evidence. It is blindingly obvious that our current approach to cannabis has utterly failed.  Radix seeks to promote fact-based policy-making and no government dispassionately assessing this evidence could defend the status quo that places our children deliberately and cynically in harm’s way for the sake of political point scoring.”

“We are failing to protect children from the harms of the illicit cannabis market and many are becoming caught up in the criminal justice system. We desperately need a new approach to cannabis, one which is cross party and puts young people at the heart of it. By legally regulating, we could take cannabis out of the criminal market, restrict access to underage use and introduce product controls.”

Norman Lamb was the Liberal Democrat Member of Parliament for North Norfolk. Before his election to Parliament he was a partner of a law firm and specialised in employment law. He has served on the Treasury Select Committee and has been the party’s Shadow Secretary of State for the then Department of Trade and Industry, and then subsequently was Shadow Secretary of State for Health. In 2010, he became Chief Parliamentary and Political Adviser to the Deputy Prime Minister, Nick Clegg. He was also an Assistant Government Whip. In February, 2012, Norman was appointed Parliamentary Under Secretary of State in the Department for Business, Innovation and Skills. In September of that year, he was promoted to Minister of State for Care and Support in the Department of Health, with a remit covering mental health, learning disability, autism and social care. He was subsequently appointed to the Privy Council. In 2017, Norman was elected Chair or the Science and Technology Select Committee. In the Queen’s Birthday Honours list in 2019, He was knighted, with the citation particularly referencing his work on mental health.