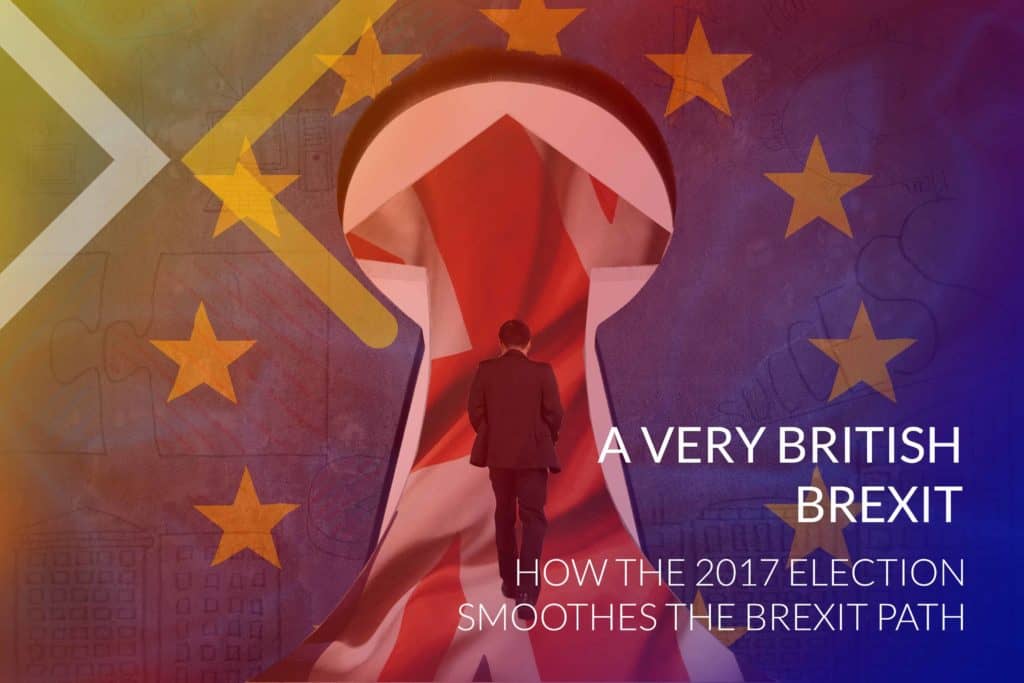 Our new report A Very British Brexit suggests that, paradoxically, the 2017 general election result provides the political context in which the Brexit process can be delivered more smoothly.

Crucially, there is now widespread recognition that a transition period is inevitable, and widespread support for it. And there is growing acceptance that some degree of practical compromise over the Brexit process is now a political imperative.

The report’s authors propose a three-stage pathway to a pragmatic Brexit, with transitional arrangements under which Britain would leave the EU in March 2019, but remain anchored in the European Economic Area (EEA), and the Customs Union for a transitional period (Section 2).

A permanent solution with a comprehensive free trade deal with the EU and trade deals with other countries would happen in the final stage allowing sufficient time for such complex negotiation.

The transitional arrangements would be time-limited and subject to a ‘sunset clause’ to allay the fears of some leavers that they might become permanent.

It is also the report’s contention that, whilst the Brexit debate has led to the emergence of a number of toxic issues – dividing lines that have split us as a country, and around which compromise is often seen as impossible – the 3-stage plan set out in this paper offers a route to try and detoxify these dividing lines (Section 3).

With the new political context post the general election, we believe a pragmatic British Brexit is now not only in the national interest, but it is also in the self-interest of the main political parties – and the various factions within them (Section 4).

The authors believe such a process is deliverable both politically and practically, and that it could command widespread cross-party support, as well as the active support of business.