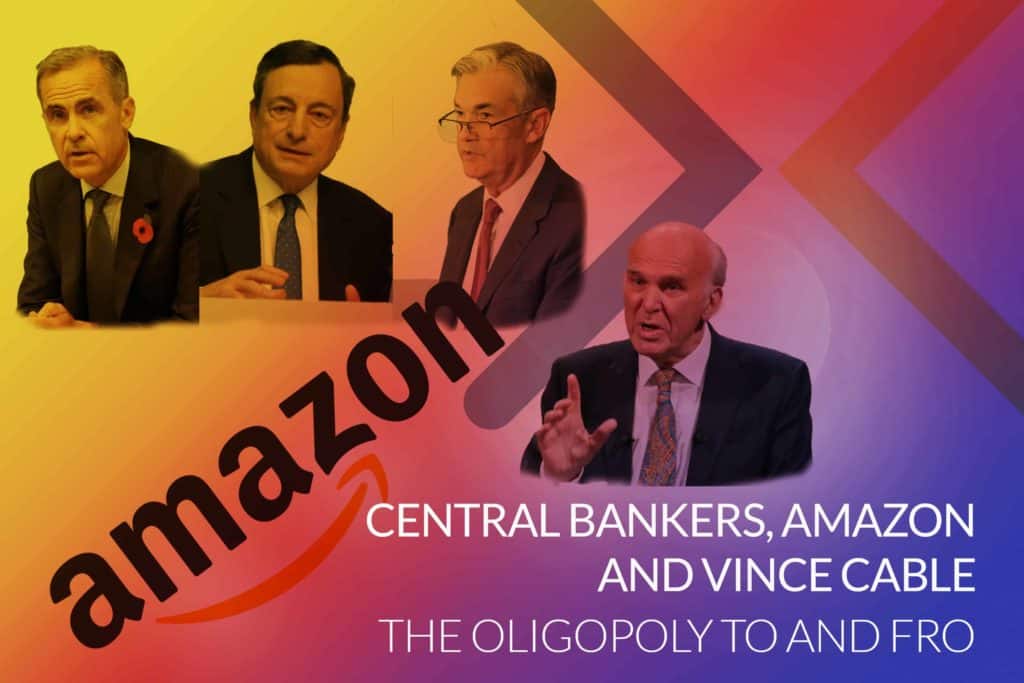 This issue of Open Markets Outlook, as we report inside, marks the rediscovery of the issue of monopoly power by the world’s central bankers, meeting at their annual knees-up in Jackson Hole, Wyoming.

But in practice, being central bankers, they needed to look into the problem a little bit more closely. Hence Alan Krueger’s elegant paper read to them on ‘monopsony capitalism’, where here are not just too few sellers but there are also too few buyers as well.

This is where the politics of monopsony in the USA is at its sharpest, because too few buyers means too few employers, which appears to be one explanation why wages have stagnated so badly on both sides of the Atlantic.

The main political question that occurs to us is why, given that monopolies – and monopsonies – have become such a growing political issue in the USA, and given that the activist competition commissioner in Brussels is so active on the Issue – why is it taking so long for politicians in the UK to take up these vital issues of our times.

Download our newsletter to read how Vince Cable has taken an interest. But one swallow does not make a summer, and the silence of the others is so peculiar, to say the least.

THE END OF AN ERA