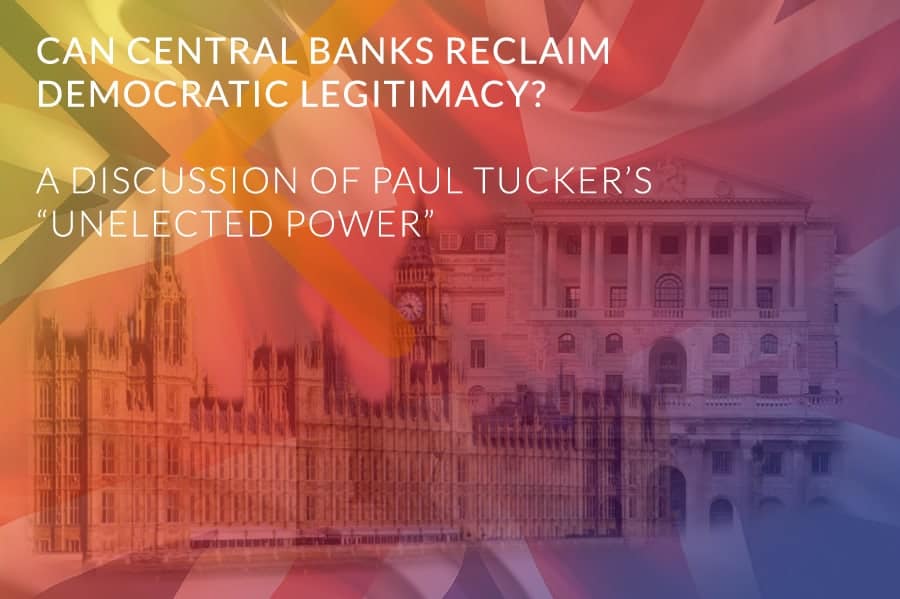 DEMOCRACY OR TECHNOCRACY? PAUL TUCKER’S BOOK IS A BOLD ATTEMPT BUT FALLS SHORT

In a paper published in 2016, RADIX sought to stimulate a debate on how to square the circle of central bank independence with democratic legitimacy.

Paul Tucker, former Deputy Governor at the Bank of England examines this question in detail in his book “Unelected Power” published in May this year. This newsletter reviews Tucker’s book and discusses the suggestions he puts forward.

While recognizing the tension between democratic accountability and ‘independent’ technocratic bodies, Tucker, perhaps unsurprisingly, remains thoroughly convinced by the model of central bank independence and the broader concept of delegating tasks to “trustee”-type agencies.

Key to Tucker’s approach to square this circle is the idea that elected officials should only delegate if there exists a broad consensus on the desired policy and where the respective “trustee” can be constantly monitored in its concrete procedures and outputs to ensure these are in line with democratically legitimized goals and values.

While the book is a bold attempt to tackle a difficult issue, one is left with the impression that structural problems with our economic and political systems are just too entrenched to allow for the kind of incremental technocratic solutions suggested by Tucker himself.

Globalisation and the politics of national identity