“You have no rights. This is not your country.” 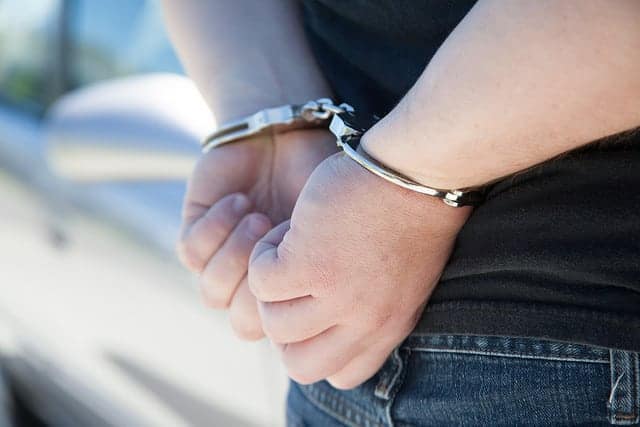 Those were the words spoken to me by a uniformed immigration control office at Las Vegas airport as I was refused entry to USA last November. No point in arguing, it would only get worse.

After lengthy questioning  and I have paid for the earliest flight back to London the next day, all luggage and personal items including phones, rings watch were taken away.  Then I was handcuffed, chained and taken to a cell in the local prison. No bed, no bed roll even with just a concrete floor and a thin blanket.

Impossible to sleep, lights full on, too much noise and anyway we are taken out of the cell after a couple of hours and handcuffed to the bench in central area as the cell was needed, then we were moved to another area to have fingerprints taken and inspection by a nurse!

Then I was chained to another bench, I tried to get some sleep on the floor but impossible with a stream of druggies being checked in within a few feet. Eventually, back in a cell, breakfast slop passed in and then a few hours until taken out again, fingerprints taken again, handcuffed and chained again and put in police car back to the airport and kept in a waiting area all day until escorted handcuffed by three officers to the door of the plane.

I was lucky; I was locked up for less than a day and had a good life to go back to. Not the same for many of my other inmates and the thousands of migrants and refugees just trying to seek a better life for themselves and their family.

Whatever we do, we must treat all our fellow humans with respect. We are all humans, not objects.

The guideline for this, if one was needed (which it clearly is) is well documented in the Universal Declaration of Human Rights, signed in 1948. It is all there.

Then the USA pulls out of the UN Human Rights Councilreferring to it as a “cesspool of political bias…..hypocritical body that makes a mockery of human rights”. Indeed some of the members do have a questionable human rights record. But as we know, it is better to be at the table to bring changes than to leave and insult the others.

Oh, hang on a minute, the UK wanted to see changes to EU but chose to get out and bring damage on the nation as well as the EU.

Are we all crazy? Don’t walk away, don’t insult, offer practical proposals to make things better, try to persuade others, find consensus, common ground. That is what our new politics has to be.

It may not be my country, but it is our world and we all have rights – and responsibilities. We must come together and treat people and the planet with respect, if we are to survive and lead meaningful and happy lives.