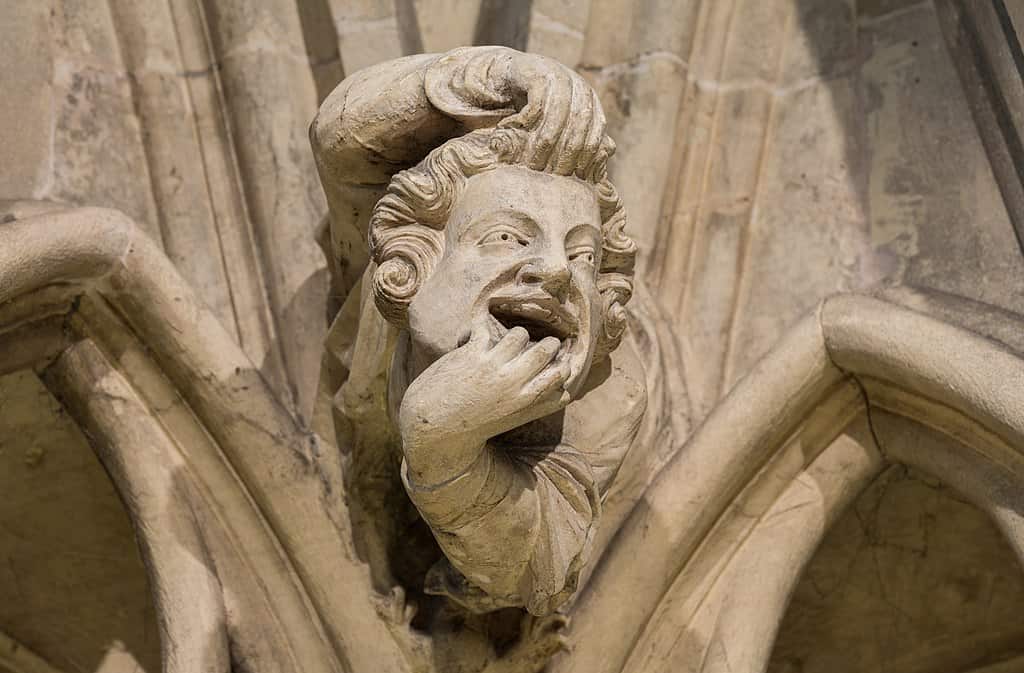 I was delighted to join Radix Big Tent for the Leaders’ Summit last week. It was great to witness first-hand the impact and legacy of the Big Tent – be that in securing investment for local entrepreneurs, influencing policy and the political discourse or contributing to the Radix open manifesto.

That is why I am delighted that the Big Tent Festival and Summit will be taking place in York on the 16 and 17 June next year.

I certainly hope that many people have already had a chance to visit York, but if not, next year’s festival will give an opportunity to hop on a short train ride and visit our wonderful city. And there’s certainly lots to see – from our Viking and Roman roots to chocolate and pubs – something for everyone.

It is a very exciting time for York, as we embark on major schemes and transformative opportunities that will shape our city for decades to come.

Work is underway on the game changing York Central scheme in the heart of the city, with £155 million of public funding secured to unlock the site and deliver the necessary infrastructure.  York Central presents York with a golden opportunity to deliver more housing, commercial land and public spaces – and that is exactly why we have been able to put together a strong case to government for a substantial Government Hub and bid for the new HQ of GBR.

As many will be aware, York alongside our neighbours in North Yorkshire has long debated devolution and the opportunity for brining power and funding closer to our communities. On Yorkshire Day, earlier this year, I was pleased to sign a historic proposed deal from the government to make this a reality.

The proposed devolution deal is the only city and rural region deal on this scale, previously achieved by the likes of Greater Manchester and South and West Yorkshire.  If it is agreed by councillors in the New Year, a new combined authority will be created with a directly-elected mayor, with powers to invest £540million of new money in transport, housing, and education over the next 30 years.

This will be supported by a transfer of some powers and devolved budgets from Whitehall, meaning the mayor and local councils will have more flexibility over how best to spend money on local priorities, such as transport, affordable housing, and economic development sites.

There really couldn’t be a more important time to secure devolution and all the investment it entails, from skills development and supporting small businesses, to building new homes and supporting the city’s regeneration plans.

I am also very proud of the ambitious and transformative work that is going on in the city to combat climate change and create a sustainable future for our communities. Whilst lots of work is already progressing – for example, the delivery of the biggest electric vehicle bus fleet and new community woodland, councillors are also about to approve a climate change strategy and action plan on behalf of the city and partners.

This work most recently was recognised by the environmental impact organisation, CDP, which named York as one of only 122 locations across the globe taking bold leadership on environmental action and transparency.

In Glasgow, as part of COP26, our innovative and sustainable housebuilding programme was also recognised, as the council joined the UN’s prestigious International Centre of Excellence,

Just as the rest of the UK, in York we are faced with unprecedented challenges brought about by the pandemic and the cost of living crisis, which will require both short term and long term work to help our communities and businesses weather the storm. In order to address this locally, active work is ongoing with partners to deliver concreate ideas and actions to address poverty and health inequalities present in the city.

York has some truly unique opportunities as well as challenges facing our communities. The Big Tent Ideas Festival we hope will be able to showcase these, challenging and engaging our active political groups and organisations, as well as residents and businesses who are very actively involved in shaping our city’s future and response to these challenges.

We see the Big Tent Ideas Festival as an exciting opportunity to showcase the skills, experiences and knowledge that York’s residents and businesses have to offer. We are keen to use the chance to influence policy and senior decision makers, so we can make the case for York, the North and our priorities.

I know that the team is already well on with planning the York festival, which will take place in the beautiful setting of Dean’s Park just by the York Minster.

Some of the city’s major employers and organisations have already pledged their support, including the University of York, JRF, Aviva, St John’s University, Design Council and York Minster.

The theme of the festival is yet to be announced, but as I’ve briefly introduced just now, York fits very well into the narrative of regeneration, so I’m sure we won’t miss the opportunity to explore that amongst lots of other exciting and challenging themes building on the work of the recent Big Tent Ideas Festival in Bristol in 2022.

I very much hope to see many of you in York in June, not only to attend Big Tent, but also explore all that our city has to offer.

You can register now for free tickets for the festival here

Having graduated from the University of York in 2003, Keith Aspden became the youngest local councillor in the country. He has a particular interest in education, having qualified as a secondary school teacher in 2004. He became leader of the Liberal Democrat group in 2013,  and leader of City of York Council in 2019.

Since then, he has supported the creation of the largest council-led house building programme in the city since the 1970s, developing 600 new affordable homes and new zero-carbon homes on council-owned sites. Cllr Aspden is also the chair of the East Coast Main Line Authorities (ECMA) Consortium.

Raising money for start-ups in the south west…