Why we need thinking so urgently 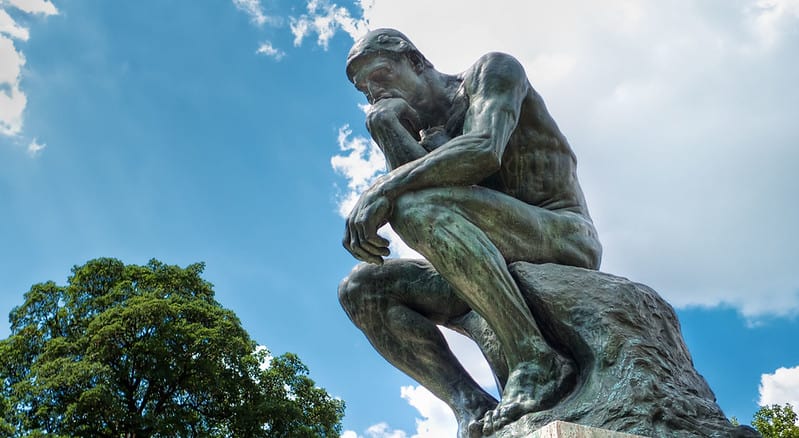 One of the huge successes of Blairism (as opposed to Tony Blair) was in creating an ecosystem of thinkers and commentators around new Labour that set the tone for political debate throughout the 90s and beyond.

The IPPR was amongst the first on the scene, founded as an independent think tank but rapidly becoming – in effect – an arms length policy unit for New Labour prior to 1997, under Patricia Hewitt.  The recommendations of its Commission on Social Justice not only formed the basis of much of Blair’s agenda in office but became a model for how think tankery is done which is still relevant today.

Demos followed in 1993, founded by Brown’s Policy supremo, Geoff Mulgan.  Although Demos emphasized its cross-party nature, its initial work around Communitarianism was at the very core of new Labour thinking.

These think tanks and others – such as the reinvented Fabian Society – enjoyed a symbiotic relationship with the centre left media, who could be relied upon to be sympathetic to Blair: the Guardian, New Statesman, even Marxism Today, whose editor, Martin Jacques co-founded Demos with Mulgan.

When Blair eventually took power they recruited many policy advisers and other senior staff from this ecosystem.  Campbell and Mandelson, both architects of the New Labour project, moved from the media to the very heart of Westminster.  Hewitt became a minister, Mulgan the head of the Number 10 Policy Unit.

The political centre ground – including the Liberal Democrats – has, in contrast, lacked such an ecosystem.

In 1989, Danny Finkelstein founded the Social Market Foundation as a space to continue the work of the SDP.  The SMF, however, emphasized the social democratic traditions of the centre ground, at a time when, to say there was no love lost between the Social Democrats and the Liberals would have been an understatement.

Perhaps it is little surprise then that a succession of SMF directors found themselves funneled into John Major’s (relatively liberal) CCHQ rather than Cowley Street, the merged party’s new home.

In 1995, the former Liberal MP, Richard Wainwright bankrolled the establishment of the Centre for Reform, partly in response to the SMF’s success, as well as investing heavily in the Liberal Democrats own policy unit, much to my personal benefit.

But CentreForum  (as it later became) was only a moderate success, always reliant of only a handful of benefactors, the last of whom – Paul Marshall – was a Brexiteer who became understandably disenchanted.

While, in 2016, CentreForum morphed into the successful and widely respected Education Policy Institute under the leadership of the former Lib Dem education minister, David Laws, its remit is now narrow and does not provide an ecostsyem for broad policy thinking in the centre ground.

Stepping partly into this space, in 2016, came Radix, self-described Think Tank of the Radical Centre.  Founded by a number of entrepreneurs – some of them Liberal Democrats but others not – Radix was in some respects a post-Coalition version of the SMF: an attempt to keep alive the values of a centre ground that appeared to be dying.

Its founders were anxious to avoid the mistake of CentreForum of aligning themselves exclusively with the Liberal Democrats.  Indeed, part of the motivation was that they judged the party to be deeply conservative (with a small c) and centrist only in the sense of being neither one thing nor the other.

Liberal to their core, they felt that, in an age of rising extremism, only a fierce, radical centre ground could claim a place in the debate. There was no future, they felt, in a wishy-washy, timidity based on past paradigms, with an excessive focus on important but relatively marginal issues, calling for calm reason in an age of anger, and only splitting the difference between emboldened extremes.

Instead, they sought to promote radical ideas seeking to address the root causes of our broken society: its politics, its economics and communities.  People in the ever-growing Radix network have challenged traditional orthodoxies based on class and status, as well as both Keynesian and neoliberal economic thinking.

As such, the intent has been to create a movement of free thinkers; to break the public discourse out of the deadening shackles of conventional thinking; to create the energy that would allow social, political and economic innovation to emerge from right across the centre ground of British politics –  wherever policy makers and politicians have been willing to think non-ideologically about system change.

Radix has attracted some interesting trustees including Stephen Kinnock MP, whose Common Market 2.0 proposals originated at Radix, and former Conservative Health Secretary, Andrew Lansley.  Prior to his departure to new pastures, Nick Clegg was also a trustee.

The past four months have seen sweeping political developments. The Liberal Democrats are gathering momentum. The party once again has huge potential as a policy maker and influencer whether in its own right or in partnership with others.

Radix has no intention of aligning itself directly with the party.  Nevertheless, its strong liberal and non-conformist roots, makes it a source of creative and original thinking at a time when the Liberal Democrats desperately need to build a much broader narrative around the values which have led it to oppose Brexit in the first place, and produce policies to address its underlying causes.

This search for radical change to tackle the deep-seated issues underlying Brexit is not limited to the Liberal Democrats. All parties are seeking new approaches – though some remain wedded to both the ideologies and the policy-making methods of the past – methods no longer fit for purpose in the 21st century.

To stimulate new thinking, Radix produces daily blogs, pamphlets, events, policy papers and even the occasional novel to continuously challenge conventional political thinking.  Whether it’s the independence of central banks, the conduct of competition policy or the structures of political parties, Radix seeks to provoke new thinking across the political spectrum.

The interaction of political parties with their ecosystems of those from outside who nevertheless share their core values has been crucial to the success of the most revolutionary political movement of the past thirty years in Blairism. In the same way as it was external thinking that provided the foundations of Thatcherism. Is it now the turn of the radical centre? Can disruptive thinkers like Radix provide a catalyst for success?

Radix is the think tank of the Radical Centre (www.radixuk.org).   To find our more, sign up for our daily blogs and other communications.

Or to attend our half day conference on Monetary Policy with Martin Wolf, Associate Editor of the FT, Sir Paul Tucker, former Deputy Governor of the Bank of England, and Ed Davey, please visit our website.