Why we need some de-growth in the suburbs 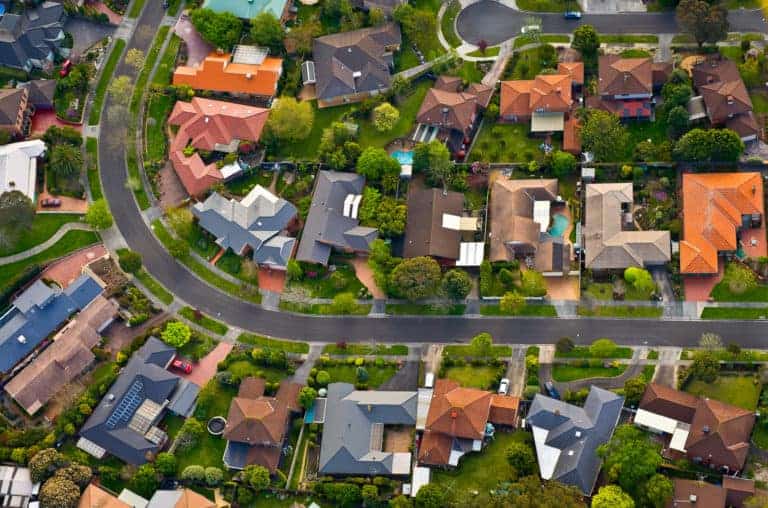 Infinite growth of material consumption in a finite world is an impossibility.

What if there will be no economic growth in future?  This book poses this possibility. Or rather, it sets out to prove that it is inevitable.

Degrowth in the Suburbs: A Radical Urban Imaginary” by Samuel Alexander and Brendan Gleeson, is published by the University of Melbourne Sustainable Society Institute. It includes over 200 pages of elegant, reasoned argument, that economic growth is at an end and that this must lead to degrowth.

The book is in two inter-related, parts. The first describes the key features and underlying behaviour of capitalistic and associated materialistic growth.  Concluding that capitalism depends on growth and cannot survive otherwise.

The second part argues that “alternative energy sources will be unable to support the energy-intensive suburban way of life as we know it today”. For survival “post-carbon suburbs” will have to be re-shaped and a new economic and political paradigm developed.

The authors base their imagining about a future of degrowth, on the Australian suburban culture. Suburbs of low density housing compared with the UK.  Detached housing with gardens.  “The ideal place for beginning a bottom-up revolution to recreate the household and community non-monetary economies, that our recent forebears took for granted as the basis for an adequate, even comfortable, life”. With the potential to transition to low-carbon modes of transport: walking, cycling, and electrified public transport.

It is an “energy descent” which must lead to a low-mobility future, compared to what is taken for granted today.

Incidentally, just look to history and you will see that humans have generally managed to meet energy crises in the past by acquiring more energy. The future will be the same, won’t it?

The authors point out that “given the close connection between energy consumption and economic growth, the most challenging and fundamental implication of energy descent is a necessary transcendence of the growth paradigm”.

Planned degrowth, assuming an energy descent future that is anticipated and managed

wisely, could provide a ‘prosperous way down’.  Indeed, degrowth seems to me to be the only economic future which makes sense in human and ecological terms.

state, “an eco-city must emerge ‘from below’, led by the broad consuming class that occupy suburbia”. A way forward from “the grassroots of social movements and culture, not parliament or the courts”.

In the latter part of the book, the authors develop a “new imaginary that ‘thinks out loud’ the form of, and path towards, a suburbia beyond growth”. Looking backwards from the year 2038.

I found this part of the book interesting, but it cannot reflect future reality.  No-one can imagine, let alone know, how the future will be. If only because we cannot know how technology will change when there is no growth. More importantly, it emphasises the need to rethink life-styles geared to degrowth. An “economics of sufficiency”.

All of which  makes sense in an Australian context, but less so in the UK.  Australian housing is low density, with gardens and open space with potential for urban farming.  UK suburban development is higher density, building upwards and cramming unused space with houses.

But hold on.  If high density suburbs in the UK turn out to be non-viable when there is no growth.  What then?

“Degrowth in the Suburbs” is a readable academic book, aimed at and priced for academic libraries.  Samuel Alexander’s work is available free online here.  It is worth visiting.