Why Trump is right on Erdogan’s Turkey 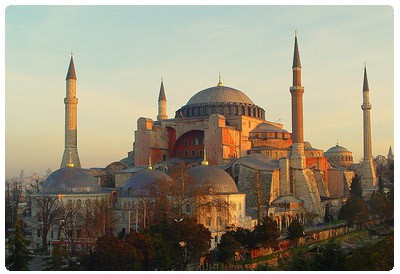 After failing to obtain the release of an American pastor unjustly imprisoned for twenty-two months in Turkey, the Trump administration imposed sanctions against the Islamic-nationalist government of President Reccep Erdogan.

Andrew Brunson is a married pastor and father of three who for more than two decades had been calmly building a very small Protestant community in the city of Izmir (Asia Minor, ancient Smyrna). On August 1, the US Treasury Department sanctioned the Turkish Minister of the Interior and his colleague. the Minister of Justice, responsible for his arrest and detention without justifiable basis, and then the sham of Brunson’s first court hearing.

On August 10, President Trump made the decision to double tariffs on imports of steel and aluminium from Turkey. This symbolic punitive measure – a first against a NATO ally – had an immediate impact on Turkish and foreign investors and thus the Turkish lira, which lost more than 20 per cent of its value.

President Erdogan immediately accused the United States of stabbing Turkey in the back, stunned to see the Americans “favouring the fate of a priest over that of a strategic alliance”. A legacy of the Cold War, Turkey has been a member of NATO since 1952, though it has shared little and shares less and less of the democratic ideals of the Atlantic Alliance.

The new sultan is currently trying to blackmail NATO, explaining that he can find other powerful strategic partners. If he thinks of Russia, it will not be, for him, a path strewn with roses. He must first swallow a large diplomatic snake, and accept the Baathist Syria of Bashar al-Assad as is.

Since 2012, Erdogan did everything he could to bring about the fall of Assad. He even allowed Turkish territory to serve as a sanctuary for Islamic units – including those of Al Qaeda and Islamic State – fighting to snatch Aleppo from the Syrian government.

It was only in 2016, when these jihadists, with ever increasing demands, bit the hand that had fed them (by organizing deadly attacks on Turkish territory), that Erdogan has softly turned against them. Why softly? Because Turkish forces have always favoured the fight against the Kurdish autonomists of the PKK, with whom Erdogan concluded a truce in 2013 only to break it unilaterally in 2015.

Reccep Erdogan and Vladimir Putin, of course, have some common ground. Both are fond of a certain type of “democracy” – regimes that practice presidential election by universal suffrage, but where the executive then crushes at will the legislature and the judiciary, not to mention the complete reduction of the fourth estate (the media) to impotence.

Both feel despised, even abused by Westerners, after more or less sincerely trying to get closer to the West at the beginning of this millennium. Both believe that America no longer has a place in the Middle East.

But they have two areas of serious divergence.

The first is Israel: the Russian likes the Jewish state and admires the achievements of Zionism, while the neo-Ottoman sultan attacks it more and more, hoping to appear as the great defender of Sunni Muslims across the planet.

The second ideological break between Erdogan and Putin is about religion. Putin believes in religious freedom, to the point of giving Muslims in Russia a huge mosque in Moscow. Erdogan has undertaken to destroy secularism in Turkey, in spite of it being a legacy of Mustapha Kemal, the father of modern Turkey, a country he managed to build from the ashes of the Ottoman defeat in the first war World.

The Russians have not forgotten that before 1914, more than half of the population of Constantinople was Christian. They will never agree to see persecuted Christians in the homeland of St Paul of Tarsus.

This is what is happening again. For what is the crime of Pastor Andrew Brunson other than having wanted to peacefully testify to his Christian faith? He was first accused of being a supporter of Fethullah Gülen, the Turkish Muslim preacher, creator of a network of Islamic schools, who was first Erdogan’s friend then his rival.

Erdogan accuses Gulen of being the inspiration for the failed coup of July 2016. Gülen is a refugee in Pennsylvania, and the US Justice Depertment refuses to extradite him to Turkey for lack of credible criminal charges against him coming from Ankara.

Erdogan then accused Pastor Brunson of being a follower of the Kurdish PKK, a party which retains a Marxist-Leninist ideology. The regime then tried to treat him as an American spy. When all these tracks yielded nothing, what did they finally take as a grievance? That by his Christian proselytism, the pastor was part of a plot to divide the Turkish nation. It is a fantasy that has come to be believed.

After the Armenians were massacred in 1915 and the Greeks were expelled from Asia Minor in 1923, not many Christians are left on this land which, 2,000 years ago, was the first to be evangelised after Palestine. In Turkey, Christians represent little more than one per cent of the population.

The Middle East cannot live in peace and prosperity without religious tolerance. But Erdogan’s Islamo-nationalism refuses to hear it. His government has still not recognized the reality of the Armenian Genocide, which is nevertheless an indisputable historical fact witnessed at the time by bewildered American consuls-general.

Donald Trump does not intend to sacrifice the pastor on the altar of the strategic partnership with Turkey. He is right. Because allies who do not share the same values ​​as you always end up one day turning against you.