Why this is the age of the tactical voter 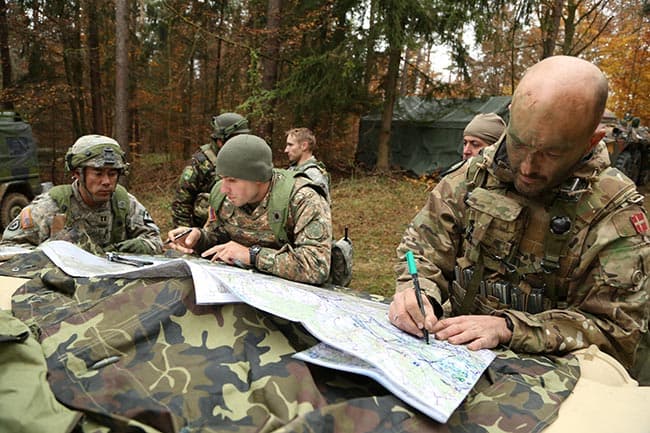 On Wednesday, the first full day of the 2019 election campaign, the anti-Brexit campaign group Best for Britain launched their tactical voting website GetVoting.org, which gives advice on how people in each constituency in England and Wales can best cast their vote to defeat the Conservatives.

The current state of the opinion polls suggests that of the two ‘tribes’ of modern British politics the Remain one is larger but that the division is still close. Friday’s IPSOS-MORI survey for the Evening Standard, one of the most optimistic polls lately for the Tories, show the combined Leave parties (Conservative and Brexit) with 48 per cent and the combined Remain parties (with Labour, which is offering a referendum exit route from Brexit even while it promises further negotiations) on around, let’s say, 52 per cent.

But because the pro-Brexit vote is mostly consolidated behind the Conservatives while the Remain vote is scattered between Labour, Lib Dem, Green, SNP and Plaid Cymru, this would translate into a comfortable majority for Johnson’s Tories.

Britain’s First Past the Post electoral system means that the geographical distribution of a party’s vote can matter more than the total number of votes the party has won. The task for Best for Britain and other anti-Brexit forces is therefore to persuade the Remain vote to distribute itself more efficiently so that it defeats the Conservatives rather than dividing evenly in each constituency and letting the Tories through the middle.

In the 2017 election, most MPs had the majority of the vote in their own constituencies because of the two-party polarisation towards the Tories and Labour, but with at least four parties in contention in most seats this number is likely to fall sharply.

In Best for Britain’s projection of constituency results in England & Wales, the number of majority-mandate MPs tumbles from 466 to a mere 20, and the number of Conservatives in that total from 242 to a single MP (Gavin Williamson in South Staffordshire, if you want to know).

Tactical voting could be a powerful influence – as Best for Britain are keen to point out, their poll points to a Conservative majority but if three in ten Remain voters make a tactical switch on the basis of the advice in their local constituency, the Conservatives would be ejected from government.

The paradox of tactical voting is that the looser the attachments voters have to political parties, the easier it is to persuade them to vote tactically; but on the other hand, that same lack of deep party loyalty means that it is harder to identify what the most effective tactical vote might be.

The normal practice has been to look at the results of the last election, as the past pattern of election results is taken to be the best guide to the future. Looking at the figures from the 2017 election, there are only a handful of Conservative seats outside Scotland where the tactical option is other than Labour.

But the last few elections have been wild rides, with the Lib Dem share ranging from 7 to 23 per cent, Labour from 29 to 40 per cent and UKIP from 2 to 13 per cent between 2010 and 2017. Recent polling has suggested that the gap between Labour and the Liberal Democrats, which was 33 percentage points in 2017, has fallen to around 6 per cent.

Best for Britain have used a large-sample poll (46,000 electors) taken over September and October as the basis for projection, using a statistical technique called MRP which uses demographic data to impute valid sample sizes to permit the reporting of constituency-level data.

YouGov experimented with MRP in 2017, and their model indicating a hung parliament was widely ridiculed – until it proved to be on the money when the votes were counted. The advice has been controversial in some cases because the poll/ MRP projection is so different from the 2017 result, but in most seats it is fairly sound.

Most contentiously, there are a few cases (such as Kensington) where Labour MPs were elected last time but which the model suggests might be within reach for the Lib Dems despite a poor third in 2017. It would be as well to keep an eye on these cases as the campaign unfolds.

The perplexing feature of using constituency-level polling as a prompt to tactical voting is that it makes the poll numbers self-falsifying. If significant numbers of voters change their intentions in the light of the poll data and the tactical recommendation, the result will be changed. In physics it is known as an observer effect.

Appropriately enough, the best example of it in British politics was a number of constituency polls published in the Observer in 1997 that showed Labour on the cusp of winning several hitherto safe Conservative seats including Enfield Southgate.

Tactical advice needs to keep up with the changes of mind that a volatile electorate may have over the next few weeks, including any observer effects. Fortunately we will have more mega-polls and MRP projections in the weeks ahead, from both YouGov and the Best for Britain team, before the votes are actually cast.

Lewis Baston
Lewis Baston is a commentator on  politics and has been broadcasting and writing on elections since 1992. He is currently working on a book about the borderlands of Europe – history, folklore, landscape and the occasional bit of electoral analysis.