Why the Warsaw genuflection still matters 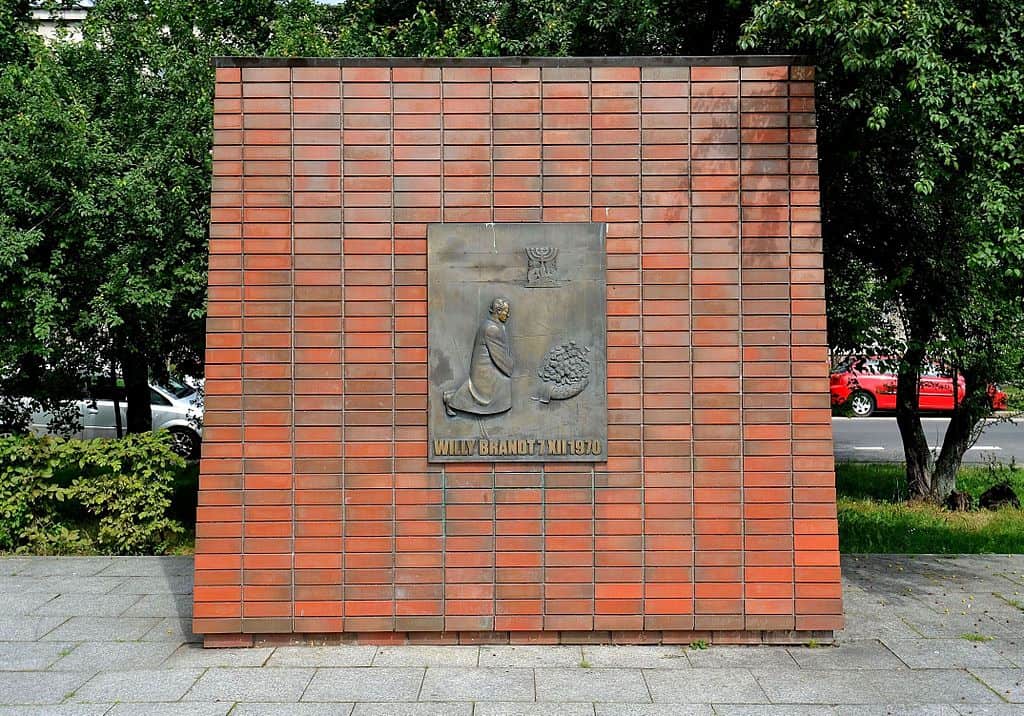 Fifty years ago this week, an image went around the world. Federal Chancellor Willy Brandt was on a visit to Warsaw, the first by a Federal Chancellor since the Second World War, to sign the Warsaw Treaty regulating relations between the Federal Republic of Germany and Poland, accepting on behalf of the Federal Republic the borders of Poland as constituted after 1945 – including the loss of German territories to the East of the Oder-Neisse border).

The visit was fraught. Attacked by the opposition in Bonn, much maligned by sections of the German media and many in the public, especially those who roots lay in Silesia and Pomerania, Brandt went to Warsaw for the most difficult visit of his career.

The Prime Minister of Poland, Józef Cyrankiewicz, was a former concentration camp inmate. The official interpreter tells the story that, in the official car from the airport after the reception, the two men did not speak with one another.

On the second day of the visit, 7 December 1970, Brandt went to the memorial to the Ghetto of Warsaw to lay a wreath. Instead of speaking, or any of the more usual presidential gestures, Brandt knelt silently before the memorial.

He never wished to speak about the event afterwards, never revealed whether it was a spur-of-the-moment action, or a premeditated act. It remains one of the iconic post-war images of European politics.

Back in Germany, it was fiercely debated (was it a worthy act for a Chancellor to genuflect? Did he even have the right to this gesture, in the name of Germany?). In Poland it led to understanding and sympathy – after all, Brandt had himself had to flee from the Nazis in fear of his life – internationally it made Brandt the key ambassador for the new Germany of the 1970s.

His visionary Ostpolitik, rapprochement with Germany’s former Eastern European enemies, led to his winning the Nobel Peace Prize in 1971, the best result for his SPD party in any German election in 1972, his extraordinary legacy as a peacemaker in Europe, culminating in his speech at the Berlin Wall a few days after the fall of the Wall in 1989, the realisation of his dream of rapprochement.

Fifty years on, German media has been reflecting on this sombre moment, in a Europe increasingly fraught, divided, struggling to maintain its own internal “détente”. What can Brandt’s gesture teach us 50 years later? Perhaps three things.

First, in an era when politicians love to talk, often at length, often pointlessly and even untruthfully, Brandt’s genuflection reminds us that a wordless gesture of humility speaks a thousand words. No flapping around of arms and hands and grandiose verbiage Instead, intense stillness and focus.

Secondly, the importance of values at depth. This was not a genuflection for show, or to win votes. It came out of a deep sobriety, from a politician of conviction and profound beliefs. Many countries in modern Europe are beset with national pride and hubris, led by populists for whom their own power is the key driver of political will, and humility is not a virtue much recognised.

Thirdly, and perhaps most importantly, Brandt’s act reminds us of the need for mutual recognition, trust and the reaching out of hands across Europe. Relations between the UK and France are perhaps at their lowest point in 60 years. Hungary and Poland are at odds with much of Europe. Poland and Germany themselves are struggling in their diplomatic relations.

We live in a dangerous world where collaboration and collective action in Europe is required more than ever. Anyone who believes that his or her country is much better than any of its neighbours, to quote the UK Education Secretary, has not understood the difference between patriotism and nationalism.

Excessive nationalism in the small nations of Europe will undermine us all. Only the non-democratic powers outside Europe, and the undemocratic forces within it, can benefit.