Why the parliamentary recess being cancelled is bad for us all 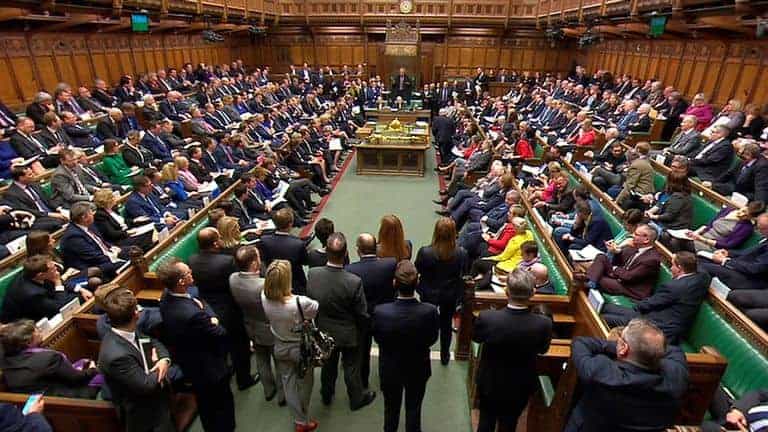 After months of threatening to do it, the government finally took away one bit of recess from the Commons; MPs were meant to pack their bags and head to their constituencies until February 25th, but are now required to come back to the Palace on Monday. There won’t be any important votes next week, and MPs who had already made plans away from London will still be able to escape, provided that they have been well-behaved and earned the sympathy of the whips. This might be bad news as MPs do need time away from the bubble, partly to work on local issues in their seats, but also because so much has been going on that most will be knackered, despairing, hysterical, or a combination of the three.

You might argue that they knew what they were signing up for so deserve little sympathy, but one look at the current state of our political discourse suggests that when MPs are unable to recharge their batteries, the whole country suffers. Still, it is unclear that a brief period of recess would have solved this; apart from the Christmas period, most recent parliamentary breaks did little to dampen the chaos raging at the heart of Westminster.

Why is that? The overwhelming task of dealing with Brexit must be a part of it, but it cannot be the whole answer. After all, the more daunting a task is, the more likely it is that the people dealing with it would relish the opportunity to take breaks from it. So, what else has happened over the past three years? Social media, and more specifically Twitter, which MPs have been steadily joining and eagerly using. It isn’t only MPs on the website, of course; most political journalists have also become addicted to it, along with parliamentary staffers, as well as the civil servants and special advisers who mostly lurk but are still present.

Stories live and die on Twitter, outrage comes out of nowhere, arguments are blown wildly out of proportion; it is fair to say that its influence on politics has not been wholly positive. Because so much happens on it, it is also very easy to fall into the Fear Of Missing Out trap; if you don’t check the app for a few days, who knows what will have passed you by? This can be a problem for many reasons – most of which have been explored before – but one underrated aspect is that it might have killed off the role of recess. The Palace of Westminster is a physical place above all else; the very way in which it was built influences how decisions are made, and why certain people work together and others don’t.

Making MPs leave the bubble for a week or more at a time allowed them to set their minds straight, talk to their constituents and the people in their local party, and spend time with their (hopefully) non-political loved ones. Likewise, journalists could take that time to finally work on that longer niche feature they’d wanted to do for ages, or get started on complex investigations they usually don’t have the space to explore. All in all, the daily circus stopped temporarily, and everyone could come back refreshed, and hopefully with cooler heads and a clear sense of priorities. As it stands, Twitter has destroyed this; MPs might be in every corner of the country (or even abroad for work or a holiday), but the bubble remains easily accessible and in the palm of their hand. Few of the more active ones take genuine social media holidays, and so they are always plugged in, always responding to the issue of the day or the hour, and journalists remain glued to Twitter too, following every latest development.

This cannot be good, and might go some way towards explaining why everyone in Westminster constantly feels on edge. February recess might be cancelled but at the next one, parliamentarians and those who gravitate around them should consider putting their phone down, if only for a few days.

Marie Le Conte is a French freelance journalist based in London. She writes about politics for a range of publications, including the New Statesman and Prospect Magazine, and her book Haven’t You Heard…? A Guide To Westminster Gossip And Why The Political Is Personal will be out in September.