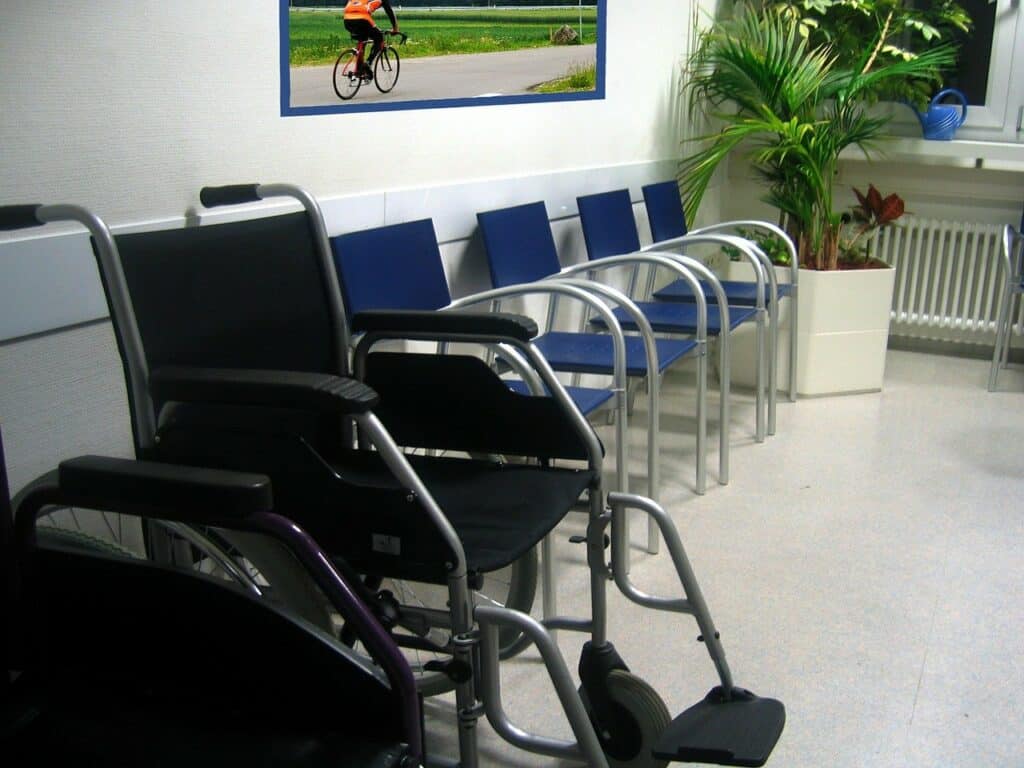 Our current system is not working, but it would be a mistake to think that this is just because of Covid.

What Covid has done is to expose the underlying frailty of the NHS, which like the sand only appears at low tide.  Our system faced annual “winter pressures” not seen in other countries to the same extent but symptomatic of a health system that cannot provide the reasonable needs of its population.

If you then look at the outcomes that our system delivers, one sees that the country is a rather undistinguished lower middle ranker well behind our contemporaries like France, Sweden, Holland, Australia, Denmark and regrettably many more.

Two of the explanations have been well rehearsed.  The first is the chronic under funding of the health and social care service.  The key here is the word chronic because when health and social care expenditure is put together, which is what many other countries do, our contributions are like our performance: lower mediocrity.  For the last 12 years, the government has increased health expenditure every year below the internationally agreed benchmark of medical inflation resulting in a slowly but surely degrading system, which I am sure you all have experienced in one form or another over the decade.

Some things can still be very good indeed, but overall the system was frail and in no shape to face a pandemic.  Something that and was known by the Cygnus Committee in 2016.  This government belatedly has substantially increased funding, but a consultant takes between 15 to 20 years to educate, a GP ten and nurses three.  Worse facilities, not just hospitals or primary care facilities but x-ray machines, MRIs, pathology service, and so on, are not replaced and we now have one of the worst provided diagnostic health systems in Europe.  This cannot be changed by an urgent injection of money; it might win an election but it won’t save the health system.

The second problem has been the well-rehearsed problem of not having our health and social care systems aligned.  This again has been recognised relatively recently and yet we are undertaking yet again a top down NHS re-organisation which everyone says we will never do until they are in power and sure enough that is exactly what they do.

Unless money is put into social care in substantial amounts even if it is means tested this will take time.  The central dilemma of our beloved NHS though goes to the heart of this problem.  In order to get the National health system that Bevan wanted, he had to sacrifice social care as local government would not cede that to the new National Health Service.  This political problem will never be solved so long as health and social care are the responsibilities of the national and local governments.

The third problem though has perhaps only more recently become visible to the population as a whole, which is that the fundamental structure of our healthcare system is no longer fit for purpose.  At the instigation of the health service, central to its success was that every patient had a doctor within a few miles of their residence to whom they were assigned.

In order to provide such a service, approximately a half of UK doctors were and still are General Practitioners.  They are still mostly self-employed businesses contracted to the health service and not a part of the NHS, much to many peoples’ surprise.  They are the proverbial non-party, the heart of the NHS but not actually in the NHS!

Their job was to be the gatekeeper, to deal with essentially self-limiting diseases, like a cold, deal with some conditions that needed antibiotics, for example ear ache in children, but – if it was more complicated than this – to refer patients to a limited number of specialists in the hospitals. Yet the body of medical knowledge has exploded exponentially in the past 80 years with the inevitable, completely predictable, completely forseeable consequence.

We are an older population, living longer but many with multiple conditions on complicated inter-reacting medications.  Whilst in the specialities, that has led to ever increasing specialisation, such that a “top” physician or surgeon can only keep at the top by becoming more specialised. But the consequence of this is that they are really knowledgeable about their subject and, in medicine, the expert really does matter Mr Gove.

But where has this left general practice?  Inevitably, if we train doctors at a low general level yet the complexity of the diseases, their diagnosis and treatment become more complicated daily, they will, day by day – through no fault of their own – become less knowledgeable.  Worse, if we make them the gatekeepers of the system effectively, the expertise that we apply at the beginning of the “medical cycle” is diminished with the inevitable consequences we can see all around us in low cancer and cardiovascular survival rates for example.

Long seen as the bed rock of the ‘British System’, and politically and socially heralded for many years as an exemplar to the rest of the world, none of whom have copied the NHS, our primary care has become the core problem of our healthcare system.  There are many thousands of dedicated hard-working GPs throughout the country and this analysis in no way criticises GPs, but the time has come for a fundamental and critical review of their role.

Artificial intelligence, machine learning and telemedicine are beginning to make significant inroads into the means of diagnosis and to the way people are moved through the system.  Whilst these are not universally liked by patients, many of the original functions of GPs are being superseded, yet – if we retain them as gatekeepers – all of these advantages are for nothing if at the end of it the patient simply has to go back to the start with a GP.

Thousands of patients are making their own choice, with the use of private practice rocketing to about 20 per cent of the population from a pre-pandemic level of 8 per cent. Yet is this fair? Does this go to the heart of the NHS?  If we do not change the system this will get out of control.

Britain along with the Netherlands is the only system in Europe that retains GPs as gatekeepers, yet the Dutch have a social insurance system which is far more effective in ‘controlling’ the performance of the GPs. The first step we must take is to remove the gatekeeper role of the GP initially in some carefully considered areas.  We do not need to panic with shouts of “oh no, impossible!”.  We have done this before, I do not see patients screaming to have their GP manage their pregnancy and to be there at the delivery!

This is just one measure amongst a range of options for modernising our health service.  Daily the problems of our health system become apparent, yet the one issue staring us in the face is primary care.

So how do we get ‘the best NHS?’ Stephen’s considered answer to this question is being published by Radix Big Tent in 12 parts – one part a month – so don’t miss No 1 and No 2!

Professor Stephen K Smith is a clinician scientist having held senior positions in Academic Medicine and the NHS at the University of Cambridge, Imperial College, London and most recently the University of Melbourne. He currently serves as Chair of the East Kent Hospital Trust, on various health and health technology Boards and as a Trustee of Pancreatic Cancer UK.