Why the Hong Kong wind of change won’t be spreading 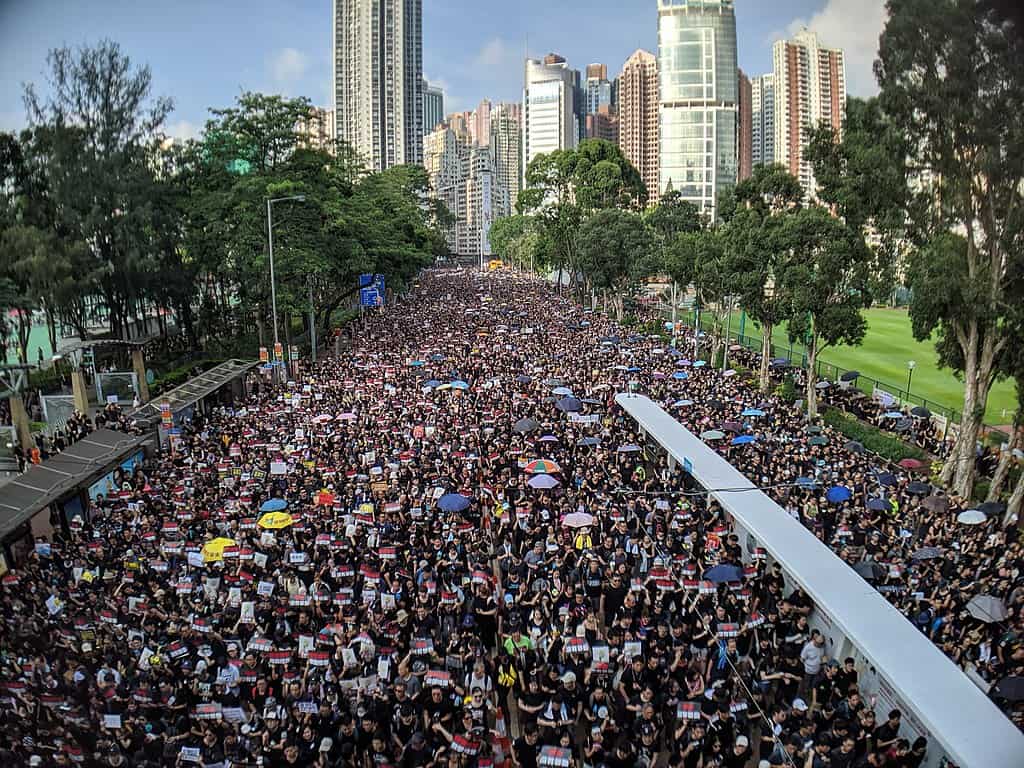 On Sunday, the Hong Kong municipal elections were a spectacular success for pro-democracy activists opposed to supporters of the Chinese Communist Party line. Turnout (some three million voters) doubled compared to the last election. Pro-democracy candidates won 390 of the 452 municipal council seats.

Beijing gave the green light for these elections hoping that some silent majority would emerge in its favour, antagonised by the violence on the fringes of the vast pro-democracy movement that began on 15 March.
This bet failed spectacularly.

Municipal councillors in the eighteen districts of Hong Kong’s “Special Administrative Region” – divided between the Island (acquired by the British Crown under the “unequal” Nanking Treaty of 1842), the Kowloon Peninsula and the “New Territories” (leased to the United Kingdom for 99 years by the Qing Dynasty in 1898) – exercise only strictly municipal power (bus line management, refuse collection, etc.).

They have no power to censor the executive (still appointed with Beijing’s approval) of the former British colony which was handed over to China in 1997.

But this vote was still a slap in the face for the Chinese one-party leaders who believed that the majority of Hong Kong’s Chinese people shared their vision of a political system that limited civil liberties to opportunity for entrepreneurial ventures.

The Sino-British Joint Declaration of 19 December 1984, the international treaty that laid the ground for the return of Hong Kong, committed the Chinese communist authorities to the principle of “one country, two systems”. They promised that the new Special Administrative Region (SAR) would retain its autonomy for 50 years as of 1997. There is currently no reason to believe that they will renege on that promise.

Why haven’t the Chinese authorities repressed the democratic uprising in Hong Kong with the same ferocity they applied to Tibetans in 1959, students in Tiananmen Square in 1989, or Uighurs today (since the terrorist attack on Kunming Station in March 2014)?

Despite Shanghai’s spectacular development, Hong Kong remains China’s financial hub. It is the goose that lays the golden egg and the Chinese Communist Party has no interest in killing it. Many Red Princes (heirs of Mao’s companions during the Long March, who became rich after the liberalization of the economy began in the 1980s) have invested their money in Hong Kong.

There is a kind of balance of terror that maintains Hong Kong’s current status.  Its residents have an interest in ensuring that their region remains the Chinese manufacturing giant’s financial and commercial airlock. It is in the interest of the continent’s communists to maintain this exception. It is as useful to the country’s economy as it is to their relatives’ private deals.

In addition, Chinese President Xi Jinping, in power since 2013, has shown that he is an able strategist. He knows how to prioritize and take on only one fight at a time. Today, his top priority is to win the trade war that the US has been waging since 2018. He understands the enormous economic and diplomatic cost of sending the People’s Liberation Army to subdue Hong Kong’s pro-democracy demonstrators. He has therefore chosen the tactic of trying to let them rot away.

Of course, Xi will never let Hong Kong’s democratic wind blow across the Shenzhen River – the border with communist China. The Chinese communists learned their biggest lesson from Gorbachev. Amazed, they witnessed the collapse of the world power they feared most, the USSR – a country with which they had fought sporadically in 1969 on the Ussouri river.

That the Secretary General of the Soviet Communist Party decided, on his own initiative in 1986, to grant political freedom to the people is something that the Chinese communists still fail to comprehend.

For them, democracy means a continuous struggle between factions, leading, at best, to paralysis, at worst to civil war. For them, the development of a great country requires a very long-term vision, capable of imposing strategic choices on its population.

In China, that mission is fulfilled by the Communist Party, ruled by its leader with no dissent. For them, the only reason India has lagged behind its Chinese neighbour in its development is due to the political democracy that has been “rampant” since its independence in 1947….