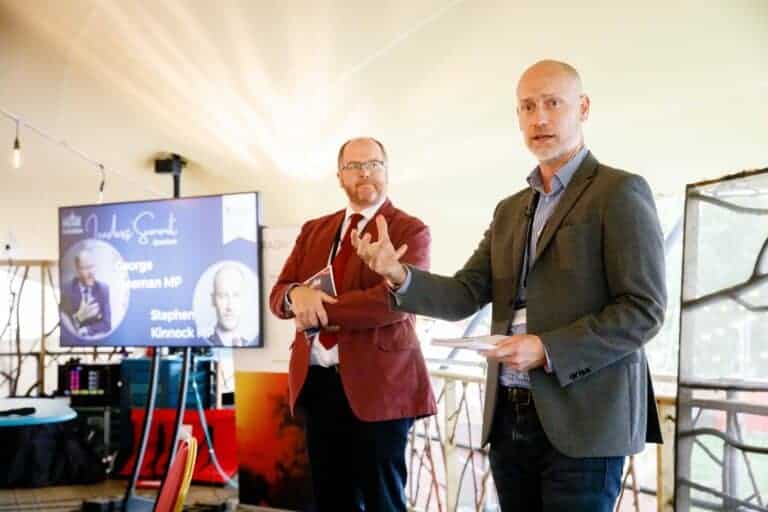 I came home from the Radix Big Tent ‘London Leaders’ Summit’, about the future of regeneration, with a sense of quiet inspiration.

What was inspiring was the cross-party political nature of it, which may be more evidence that there is a change of heart going on about communities and regeneration in government – after at least four decades going in the opposite direction.

The presence of Michael Gove’s parliamentary secretary and junior Levelling Up minister, Danny Kruger MP, added to the sense that things are about to shift.

There are three provisos, though, before I get too carried away: I kept reminding myself that just because innovation minister and Big Tent founder George Freeman agreed with Stephen Kinnock about the future direction of devolution does not yet mean we have achieved a genuine shift yet.

The second proviso is a warning about too much participation in decision-making too soon. More and better consultation by itself can’t shift the power dynamics about who is actually taking the decisions.

I can’t help noticing that none of the shiny, exciting participation projects I have written about for more than three decades now have survived. But those where ordinary people were doing things – looking after each other, doing what is necessary to make sure children are educated, older people cared for and so on – have thrived.

We have to somehow persuade politicians – who find it hard to grasp = that, although they may have been trying their whole lives to get a seat at the table of debate and decisions, that may not always be the most transformative place.

Doing has to come well before consulting, listening, and taking part in decisions. We need instead to nurture the kinds of skills that we all have for bringing up children. Only when those are being used, then we might find that people are keen to participate democratically.

The final proviso was about the nature of regenerative economics. Because there are still too many vague and creaking ideas among the chattering classes – which means they must still be embedded deeply in Whitehall – that regeneration has something to do with specialisation, marketing and better road transport communications.

Because of the fatal idea, peddled by the Centre for Cities and others, that cities need to specialise in trendy new markets, most cities have chosen to do so in precisely the same way – hi-tech, gaming etc – which is why their mission statements and marketing sound so horribly alike.

As for roads and other forms of transport, that will simply give greater advantages to the monopolistic corporates in London to undercut their local challengers.

If there is ever going to be any kind of economic revival in the cities of the north east, for example – it may not have anything to do with conventional work skills, the kinds that were required by the old industrial order which has been swept away long since.

It may have more to do with people having a mutual ownership sense about local business and entrepreneurship. I have written before about the American research which showed that economic activity had to be owned locally for it to filter down. I believe that may actually apply here as well.

One of my more hopeful moments during the conference was finding that at least one other person was making the case for small-scale entrepreneurs – women in particular – but also knew about system to support them, like the community banks of Brazil.

I don’t think I have written about these amazing local institutions for a decade or so, since the Brazilian central bank failed in its attempts to shut them down – thanks to an archaic horror about the local currencies that the community banks were trading in.

They finally lost the case in the Brazilian supreme court. Now they have become supporters and are helping to build the community banks network.

What can we learn from them? The vital importance of local financial innovation and local institutions.