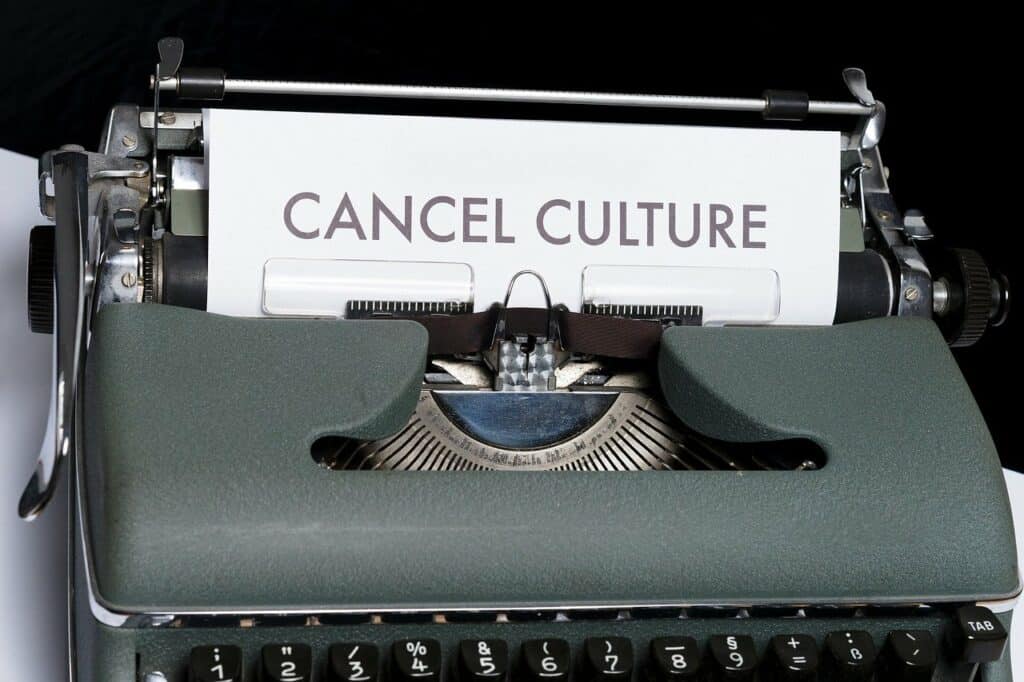 I was recently reading a brilliant book by Kate Clanchy, the poet, who wrote How to Grow your own Poem – a work of genius that nobody could possibly object to.

Unfortunately, during the summer, her memoir Some Kids I Taught and What They Taught Me, ran foul of some who took exception to the descriptions of some of those kids as “thin-headed” and “chocolate-coloured skin” or similar. She made the great mistake of challenging her critics and, in the ensuing row, Philip Pullman dashed to her defence (he is president of the Society of Authors).

Publishers Picador then got involved and Pullman and others have backed down. She said: “I am not a good person. I do try to say that in my book. Not a pure person, not a patient person, no one’s saviour. You are right to blame me, and I blame myself.”

Now I am not saying that those amongst us who have been cancelled – like J. K. Rowling or my friend and former colleague Maya Forstater – who both ended up suffering for annoying transgender activists – are perfect. They are clearly not.

Nor am I in fact getting involved in the transgender furore, about which I have no opinions beyond what I wrote in Tickbox (I have also promised my colleagues that I would never do so…)

But I am saying that people like Clanchy – when she has certainly served her term teaching refugees and in comprehensives – are hardly the worst of us either.

I retain a little balance in my life by reading the Sunday Telegraph on Sundays and the Guardian on weekdays. And your average Sunday Telegraph column must have more reasons for cancelling than most people – yet they somehow stay above the fray.

So why has this shifted? It must be partly, at least, because the two armed camps – the woke and their opponents – are really so separate that there are only some kinds of culture and communications that they both share, They rarely encounter each other.

Despite what they say in the Sunday Telegraph – this week there was a story about American students apologising for raising $14.92 (too close for comfort to the year of the Columbian Exchange) – extreme sensitivity doesn’t worry me in itself. Most young people have been woke in all but name for some generations.

No, what scares me is the corporate involvement in this – which is quite new. When university authorities fail to protect their professors when they step out of line. Or when publishers (and Picador is owned by Pan Macmillan) force their authors into humiliating apologies.

When society loses the sense of what the novelist Alice Thomas Ellis called “the good authority” – and nobody dares tell anyone to put their masks on any more – then nobody seems to be able to step in to defend anyone from any kind of attack. Quite the reverse, in fact.

That is why I am keener than the Guardian seems to be about the proposed new University of Austin, Texas. Not just to defend awkward people who need to be able to think the unthinkable – especially in the USA when these matters are really hard fought – but to defend face-to-face teaching methods.

“I am sure I do not need to go into detail about this: I hope it would be clear to you that I accept the mistakes made by Kate Clanchy and Philip Pullman, and the hurt that ill-chosen words – which usually go unquestioned – cause the persons so hurt by them, and who have been more than hurt by them throughout the centuries,” wrote the great feminist publisher Carmen Calil in a letter resigning from the Society of Authors over the affair.

“Philip Pullman and Kate Clanchy’s critics need equal support from the Society of Authors, but none of those involved can cure the evils of Empire overnight. Taking that for granted, why has the Society of Authors, the writers’ trade union, not made a public statement supporting BOTH sides of this grossly unpleasant Twitter tornado? How could the good, not to say great work of both Kate Clanchy and Philip Pullman, not be taken into account as well as the mistakes they – and their critics – have made? … It is the job of a book publisher and editor to protect all writers, all books, to honour the freedom of speech essential to all writers. A much more nuanced response was required from all the publishers concerned, as it was from each of the writers’ literary agents.”