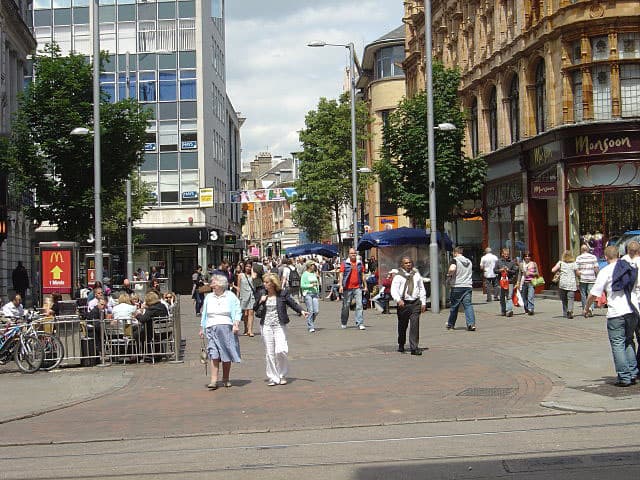 David Boyle and Lindsay Mackie’s assertion in the title of their article “We can still save our High Street” finds me in violent agreement; something that might not surprise you given that I devote a huge amount of my time, pro-bono, to chair the High Street Task Force.

As identified therein by the authors, I am also a major retail landlord and even, heaven forfend, a developer, (which I hadnt realised was a blanket pejorative term) being the co-founder of retail property company Ellandi. As such my day job is somewhat all consuming at the moment, so I can assure you that I wouldn’t give over my spare time to a lost cause; albeit that this statement is somewhat undermined by my continued Libdem membership.

I would like to thank David and Lindsay, for drawing my attention to the work of Jane Jacobs and will certainly credit Andrew Simms and NEF, when I bandy around the expression ‘Clone Towns’ in the future.

However it is hard not to be somewhat piqued by an article who’s rallying cry at its close was, albeit indirectly, for my “euthanasia”.

So let me set the record straight about the goals of the task force, and if I may, justify my appointment.

There are four main deliverables that the task force is charged with; boosting local authority capacity, building sustainable placemaking skills, co-ordinating the national approach to our high streets and information and data sharing. When and if achieved these will still clearly fall short of the assertion that a better future only lies  “after a serious and unprecedented reform of the whole rental economy;” which is a high bar indeed…..

I would, however, defy anyone with an understanding of how unevenly distributed these place making skills are and how this impedes transformation, to state that the task force isn’t a worthwhile endeavour?

In terms of my suitability as chair, questioned in the article, it will at the end of the day be judged by the success of the task force in delivering upon our goals by 2024, however, to dismiss my appointment as “beyond parody” does a massive disservice to the diverse board who I serve and represent.

The board is, refreshingly, made up of individuals who have personally made a real impact delivering change in towns across the UK, there is quite deliberately not a trade body or, thankfully, a thinktank anywhere near it. Our principle drivers are to be a catalyst for change, be visionary and challenge the status quo, all built on robust evidence base; again values and aspirations that I am sure the authors would support?

On a personal level, the main reason I was keen to take the role, and devote vastly more time than I dare admit to my business partner, is that whilst we await the structural/political/socio-economic reform called for in the previous article, this is the best opportunity and the only national platform available to make positive change happen. And happen now.

Having taken Ellandi from two guys and two laptops in 2008 to one of the UK’s most impactful property companies, means that I can lay claim to a track record of getting things done and not only that, in a way recognised as being in a manner that is more progressive and inclusive than the norm in the real estate industry; which to be fair might be too low a bar….

The sheer scale of the change needed demands unprecedented collaboration and a consensual approach to problem solving, which personally motivates and excites me and, for example, led me to being a founding patron of More United.

Finally, and to also end in violent agreement with David and Lindsay, I very much agree that the role of pension funds could be key to a real renaissance of the High Street.

Let’s have that conversation next?

Mark Robinson is a high-profile leader in the worlds of retail property and placemaking, a position recognised with his appointment to lead the government’s High Street Task Force in July 2020, following his role as Revo president in 2019.  Over nearly three decades, Mark has worked in all aspects of the industry as an advisor, investor/developer and occupier.  In 2008, he co-founded Ellandi, a business currently undertaking over 30 projects in the UK with a value in excess of £1.5bn.

Mark is a passionate advocate of the role of community in repurposing and shaping the purpose of our future places in response to the challenges and opportunities presented by the current market.